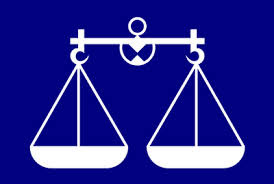 Logos of the principal political parties of Malaysia

It is Election Day in Malaysia this Sunday. Elections here are held every five years and luckily for them, both state and federal elections are held together on the same day. Only one state has its elections out of synchrony.
This election is being touted as one of most significant in Malaysia’s history. There is a real possibility that the ruling party, the Barisan National will be voted out in what will be a huge upset. This coalition of parties has been ruling Malaysia in several avatars since independence and now the time has come, according to many, for the opposition to be given a chance.
In the last elections which were held in 2008, there were many surprises. For the first time ever, The Barisan National (BN) lost control of three of the most important states of Malaysia: Selangor, Penang and Perak. Later defections, probably fuelled by huge infusions of cash, led to the regaining of Perak , but the other two states as well as two others remained with the opposition and by all accounts they have done a fairly good job of governance.
However, as we who live here can see, Malaysia has done very well over the years. Poverty has to all intents and purposes been eliminated. An occasional beggar notwithstanding, we cannot see poor people as we understand it in India. All get enough to eat and most have homes. The infrastructure that has been developed at least in the major states is world class and Malaysia has one of the world’s best highway systems. The health system is well developed and is fairly easy of access for everybody. Thus many are of the opinion that it makes no sense to change a government just for the sake of change, “if it ain’t broke, don’t fix it” say the votaries of the BN.
However there is a perception especially among the youth that the present ruling party is corrupt, undemocratic and when it suits them to be, they are covertly racist. It is certain that the news media are not free , but with the explosion of the internet , which ironically was engineered by this selfsame government, the opposition has used cyberspace it its advantage. While in day to day life, there is little corruption seen in Malaysia (for those of us who come from India, it appears to be a paradise of probity) there have been scandals where large sums have been seen to have vanished into unscrupulous hands. The ruling party has also been seen to have links with racist groups who seem to revel in creating unnecessary tensions.
Again, looking at this from an Indian lens, what goes for communalism in this country is nothing compared to what we are used to in India. The politicians are much more sober and the discourse is mostly at a much higher level, though one nasty feature that I have noticed here is a penchant for personal attacks , especially a gleeful use of true or made up sex scandals against one’s opponents. Fortunately this is not yet prevalent in the cesspool of our politics.
The campaigning is quiet compared to the hullabaloo of the Indian elections. Meetings are held, mostly indoors, politicians crisscross the country addressing the faithful and trying to convince fence sitters , but the daily blaring of loudspeakers from every street corner is absent. Over the past couple of weeks one sees flag and banners coming up, mainly the blue of the ruling party which is, obviously, flush with funds.
A lot of the war is being fought, as I mentioned earlier, in cyberspace where You tube and Google are flooded with advertisements for the BN. However in the blogging space, the opposition wins hands down. Their blogs are more credible, more read and more likely to influence voters. The question however, before the electorate is whether they would like to jettison a known devil for one that they do not know. Only, over the past 5 years the people of 5 states have seen the opposition and by all accounts are not really dissatisfied by what they got: thus the suspense.
Two states hold the key, according to the pundits: the Borneo states of Sabah and Sarawak. This is where BN had won practically all the federal seats the last time and which enabled them to maintain the majority despite the losses in Peninsular Malaysia. This time, there is a real possibility that the results may surprise. However in the absence of opinion polls, we can only guess. And in any case, we, In India are familiar with the vagaries of the opinion polls.
The voting is on Sunday and results will be out by that evening or early the next morning, I am told. By Monday we will know whether history has occurred or whether, like the Congress does so often in India, the BN has done it again.

Leah said…
Wee have done fairly well as a country, but could have done better if the government is clean, no corruption.
Just look across the bridge, with no natural resources and started from nothing, Singapore has became a first world country ahead of us a few decades since it separated from Malaysia. How many of our brains have been draining down south for the last 50+ years to help building Singapore due to the unfair treatments by the government.