Death in the Dooars 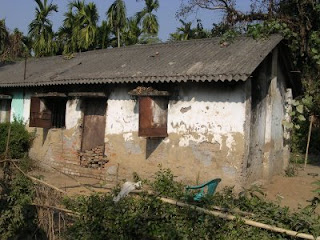 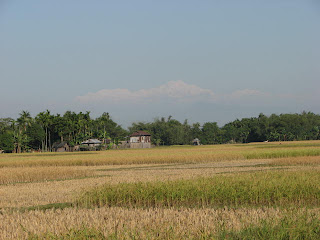 The Dooars are one of the most beautiful parts of India. As the tourist brochures say, it is full of lush forests, the second largest concentration of the one horned rhino, rippling streams, mountains and tea gardens. The tea gardens have been part of the landscape for about a hundred years. When you drive down towards Hashimara over the Coronation Bridge, they lie on both sides, lush green, full of shade trees and the workers with colourful baskets picking tea leaves- it is really a dream destination.
Unfortunately it is also one of the killing fields of West Bengal. Until I came to live in Siliguri I had no idea of the poverty and disease that is rampant in these gardens.
I first got an inkling of the state of affairs when some newspapers highlighted the starvation deaths that had taken place in the Tea Gardens of the Dooars. Unfortunately the attention span of the newspapers nowadays does not extend to two consecutive daily editions and the story was lost when we began to discuss more important matters like the invitation list for the marriage of the crown prince of Bollywood. One of my friends, Piya Chatterjee, she has written a book on these tea gardens and their workforce, first took me to the gardens where I could see for myself the state of affairs. It was then that I began to research it to some extent and it is a sordid story.
Tea gardens had it very good during the eighties when the Soviet Union was the principal importer. Apparently you could send whatever quality of tea to them and they would absorb it without any complaints. The windfall profits attracted a breed of traders who thought they were onto a good thing and the traditional tea garden owners were replaced in many cases by these absentee landlords with no sense of pride in the production of tea, nor any sort of obligation to the workers for whom the tea and the tea gardens were a way of life.
As the Soviet Union disappeared, the markets crashed. There were no takers for the type of tea that many of these gardens were preparing. During the late nineties and the early part of this century, the crisis reached a climax. The new owners began to abandon the gardens as they neither had the administrative skills nor the attachments to the gardens that were the characteristic of the earlier breed of owners. It is claimed that many sold the shade trees in the gardens for timber and went back to selling hardware in the marts of Siliguri.
And hunger stalked the tea gardens. Some 3000-4000 workers have been estimated to have died of starvation. The government of course, disputes these figures, according to them the deaths were due to TB, heart attacks, snake bites, anything except starvation. Many studies by concerned groups have shown that the root cause was starvation. People are surviving with an average calorie intake of 200 calories, one study found, when the bare minimum should have been 850.
I had the opportunity to visit these gardens with a group of workers who are concerned with the situation. The situation beggars description. The hovels that they live in are unsanitary, open to the elements and their water source is shared by another thousand people and sundry animals. And I visited a garden which as open, that is workers were being paid wages and the garden machinery was, officially at least, giving the workers the government approved welfare benefits.
Today the price of tea has risen to some extent and perhaps the situation is a little better. But little is the operative word. The workers are still starving, they still have little or no medical facilities, and their shelter is rudimentary. It is crying out for some succor. Can’t anybody do something? They need the intervention of politicians much more than the peasants of Singur. However they are tucked away under the Himalayas and invisible to the eye. But when you visit the Dooars next keep an eye open for these children of a lesser god.
( The first picture is that of a workers house in one of the tea gardens of the Dooars, the second picture is a tourist's eye view of the Dooars!)