Tagore was the greatest literary figure of all time 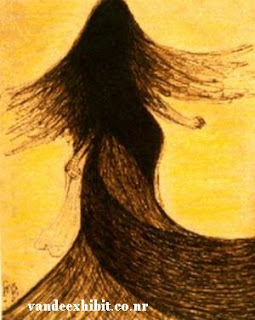 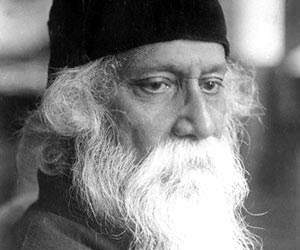 We Bengalis are sometimes accused of being inordinately proud of our cultural accomplishments and in particular, of raising Rabindranath Tagore to the level of an unchallengeable icon. I was fortunately in Calcutta and Siliguri during the run up to the 150th birth anniversary of the Poet and managed to catch many of the programmes on TV and elsewhere organized as a part of these celebrations.
Reflecting on Tagore, I realize that he was exceptional. I am fortunate that I can read English and am reasonably familiar with English literature. I do read Spanish literature in translation and have a nodding acquaintance with most major literary figures. It was Tagore’s misfortune (and our enormous good fortune) that he wrote in Bengali. This made him inaccessible to most of the European audience which moulded opinion and he was not translated as well as he should have. For this, he himself has to shoulder some of the blame as his own translations left something to be desired. However in recent times with better translations, his work is available to more audiences in the English language.
But coming back to the point I was making, I have read many poets and most of the great ones. Tagore is a far greater poet than any of them. Yeats is claimed to be the greatest English language poet of the twentieth century. In my book, he bears no comparison to Tagore’s myriad minded genius. There is no emotion that Tagore has left untouched and there is no part of life that he has not enriched with some of the most marvelous poetry ever written. He has told tales, he has composed prayers, he has written some of the most sublime poetry of love and separation. In addition he has written a body of essays which even today read as fresh as if they were written yesterday. His writings on village development and nationalism anticipated many issues that are even today being hotly debated. Unlike the anti Western rants in the economic thinking of the Mahatma, Tagore’s ideas are rational and modern, well suited even to the problems of the twenty-first century. It will richly repay anybody who thinks about these things to read his writings on these subjects.
And on top of that, he was India’s first modern painter. It has become increasingly clear as time passes that his paintings are a body of work that are very important in the context of the development of modern Indian art. Even Amrita Sher Gill has acknowledged her indebtedness to his paintings and today he occupies one of the most important positions in modern Indian Art.
It is difficult to imagine that anybody could excel in so many fields. Nobody that I know of came even close to emulating his feats in so many different endeavors. It is a pity that India has become so increasingly parochial that he is now increasingly seen as a Bengali poet rather than an Indian one. But if nothing else the celebrations for his 150th birth anniversary proved that that his reputation is alive and well. He was recalled in places as far apart as Kula Lumpur to Kenya. He may have fallen from the peak of his popularity when he was, as Amitav Ghosh pointed out, the first international literary superstar, but he has now regained much of the ground that he had lost. I am sure that in time to come, he will be acknowledged as by far the greatest figure in arts and letters the world has ever produced.
If we Bengalis or Indians are too proud of him, we have every reason to be so!
greatest literary figure Tagore.

Subhorup Dasgupta said…
The word multifaceted is defined by Tagore, as your post so well illustrates.

In today's world, Tagore's significance is immense when one looks at how we have messed with the environment and the global warmth that we are leaving for our kids. He was perhaps the earliest thinkers to warn us against doing away with green cover and destruction of forests, with detailed and sound logic behind his arguments.

Couple of other birthdays this month too, thought would share with your readers.