Essiac
Dietary supplements and herbal remedies, typically unstudied or disproved, are commonly used by cancer patients. One enduring herbal remedy is Essiac, also marketed as Flor-Essence. Initially used by a Native American healer from South-West Canada, a nurse named Rene Caisse popularized the herbal formulation as a cancer treatment in the 1920s. She named the remedy Essiac, her last name spelled backwards. Initially comprising four herbs, Indian rhubarb (Rheum palmatum), sheepshead sorrel (Rumex acetosa), slippery elm (Ulmus fulva), and burdock root (Arctium lappa), other herbs were added over the years by various dietary supplement manufacturers.
Today, there are several different Essiac preparations available online and in health food stores, in tea, pill, and liquid form. (A search on Amazon.com brings up hundreds of entries.) In general, there is a lack
of both safety and efficacy data for Essiac and Essiac formulations, and no clinical evidence supports its use.11–13

Entelev
This chemical formulation, originally known as Entelev, was developed in 1936 by chemist James Sheridan, who was inspired by a dream that it would cure cancer. Sold under many names, including CanCell, Cantron, and Protocel, this dark brown liquid usually contains nitric acid, sodium sulfite, potassium hydroxide, sulfuric acid, and catechol. The theory behind this remedy is that CanCell balances
the vibrational energy of cancer cells, causing them to self-digest and be expelled from the body. A related explanation is that catechol ‘inhibits cancer cell respiration, thus causing the cells to drop below their ability to survive, and allowing the body to dispose of them in the normal way dead cells are
disposed of’.14 There is no scientific basis for such claims.15,16 The product has been purported to treat a variety of chronic diseases in addition to cancer, including HIV/AIDS, epilepsy, and Alzheimer’s disease. Animal studies conducted by the National Cancer Institute between 1978 and 1991 found no evidence of anticancer activity. The FDA obtained an injunction in 1989 making it illegal to distribute CanCell across state lines.17

Shark Cartilage
Interest in this biologic product developed in the 1950s when surgeon John Prudden began experimenting with medical applications for animal cartilage. He claimed that it reduced the size of tumours by close to half in the patients in whom he tested it.18 Now available in powdered and liquid
form, shark cartilage is purported to combat tumours via anti-angiogenic activity. While laboratory studies in vitro and in animal models have found anti-angiogenic and anti-tumour effects from shark cartilage extracts,19–21 the results of clinical studies have not been promising.22
A recent study of a purified shark cartilage extract called Neovastat failed to improve survival in patients with non–small-cell lung cancer.23 The bioavailability of these extracts when taken orally is unclear, as the active proteins are too large to be absorbed intact and may not reach tumours without first being decomposed by the digestive system. Regardless, since the late 1990s, the Federal Trade Commission has intervened to prevent at least three companies from making unsubstantiated claims of efficacy in
their marketing of shark cartilage products.24

Oxygen Therapies
Oxygen therapies comprise a group of unproven alternatives promoted as cures for cancer and other degenerative diseases, such as HIV/AIDS. In the case of cancer, it is claimed that tumours thrive in oxygen-poor environments, that cancerous tissues can be reoxygenated by a variety of therapeutic means, and that the process of oxygenation destroys the aberrant cells. The justification for this approach appears to stem from the work of Nobel laureate physician Otto Warburg, who discovered in the 1930s that tumour cells use oxygen differently and respire more slowly than normal cells.25
These treatments, which typically involve introducing additional oxygen into the body in liquid or pill form, are currently available in the United States, Mexico, and Europe. Oxygen therapy is administered in other ways as well, including intravenously, via colonic delivery of hydrogen peroxide, and by infusion of ozone-treated blood.
There is no scientific evidence to support claims that anaerobic conditions cause cancer, that oxygen isabsorbed by the digestive system, or that oxygen treatments have any efficacy in the treatment of disease. Serious adverse effects and at least five fatalities associated with oxygen therapies have been reported.26

Energy Therapies
Energy therapies are premised on the existence of energy fields around the human body. It is believed that these fields can be manipulated to treat disease and restore health. Such manipulations typically are carried out through one of two modalities: by healers using techniques such as ‘therapeutic touch’, which actually involves no touch, or by the application of electromagnetic energy from special devices. Neither the existence of such energy fields nor the ability to manipulate them for greater health is supported by scientific evidence.5 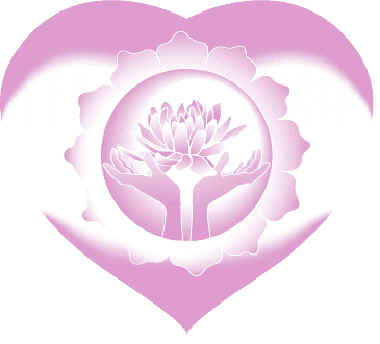 Healers
Therapeutic touch is a technique commonly practiced by nurses in the United States and other countries; in this technique, the healer passes his or her hands several inches above a patient’s body to sweep away ‘blockages’ in the free flow of the patient’s ‘energy’. Known also by several other terms,
such as biofield therapy, healing touch, and energy therapy, the technique may provide emotional benefit, but it lacks biological plausibility as a treatment for disease and is unproven. Still, some practitioners claim the ability to treat cancer in this way. According to Heal ingTouch International.org, one of numerous such organizations, ‘Healing Touch is a relaxing, nurturing energy therapy . . . that . . . works with your energy field to support your natural ability to heal’. There are many energy healers who sell their one-on-one services to cancer patients. Healers often market themselves as ‘miracle workers’, capable of healing cancer and other diseases. Such healers also offer long-distance healing, esoteric tutoring, energy clearing, and the like. An Internet site which posits that ‘Cancer-Healer’ therapy is best claims: ‘No side effects such as hair loss, infections, pain, vomiting, nausea, diarrhea, weight loss, mouth-sores and loss of appetite. No damage to normal cells. Chemotherapy and Radiotherapy kill normal cells in addition to cancer cells.’27 Energy healing training also is available.28

We Care India said…
Cancer can be treated by number of methods and therapies. Surgery, Chemotherapy, Radiation Therapy, Immunotherapy, monoclonal antibody therapy and new treatments like Cyber Knife Radio surgery are some of the methods used in the treatments of cancer.
With state of the art facilities and low cost, cancer treatment in India
attracts large number of medical tourists from across the world. Almost all big hospitals in India provide cancer treatment. Besides, the high success rate of cancer treatment in India is a major factor in bringing medical tourists.
Cancer surgery in India

Unknown said…
I have nothing against the use of alternative treatments for cancer patients, maybe not all are proven of its effect. And thats what our scientist need to focus on to prove its health benefit. As far as I know some alternative medicine does not have harsh side effect and is low cost.
January 4, 2013 at 2:34 PM

We Care India said…
Cancer is a complex set of diseases. Each cancer is unique in the way it grows and develops, its chances of spreading depends on the way it affects one`s body and the symptoms one may experience . Several factors, including location and how the cancerous cells appear under the microscope, determine how cancer is diagnosed. Cancer treatment in India

Unknown said…
Also its unusual for clinical trial participants to have to pay for their care - it would only be done if the agent under study was particularly expensive to manufacture (e.g. a monoclonal antibody) and even﻿ so the patient would not be charged that amounts Burzynski is charging. If you have been interested just follow this link.
August 5, 2013 at 2:40 PM