November 14, 2014
Gurdip Singh Flora ( his facebook profile picture appears below))  was my classmate at the Medical College,Calcutta. Soon after we graduated, he migrated to the USA.However his roots were in North Bengal. Little did I know that more than 25 years after that I would end up in North Bengal  and make it my home. I caught up with him after all of 35 years thanks to Facebook.  We have occasionally talked about North Bengal and I had asked him to write a guest post in my blog. However it has been a long time coming and I am posting this piece from his pen ( or computer) which has however seen the light of day elsewhere. I hope that I will be able to publish many more in the future. 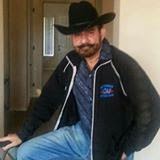