Surgeons who won the Nobel Prize

February 09, 2015
It is difficult for practicing physicians to win the Nobel Prize. Nobels are nowadays mostly awarded for laboratory based research and no matter how innovative the surgical technique that is conceived of and popularized, it is well-nigh impossible for a surgeon to make the grade. I personally cannot understand what was lacking in Michael Debakey’s accomplishments, that he never won the prize despite repeated nominations. I should have thought that someone who revoutionised vascular and to some extent cardiac surgery and strode the world of twentieth century medicine like a colossus would have done enough to deserve it, but somehow the powers that be thought differently. I can think of several other names in the surgical field who richly deserved the prize. The surgeons who did win the prize, however often won for work in areas other than surgery. 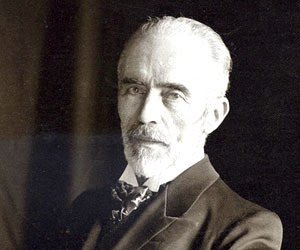 The first to be awarded was the king of surgery in the late nineteenth century and the person who standardized thyroid surgery. Swiss surgeon, Emil Theodore Kocher was trained in Vienna, Paris and Glasgow, but he made Berne the theatre of his work. Here his meticulous work on the thyroid made it possible to do thyroid surgery with minimal mortality and morbidity. He also was one of the first to take up the then newfangled aseptic precautions that made surgery so much safer. He was awarded in 1909 for his work on the thyroid. 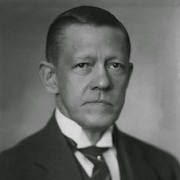 Alvar Gullstrand
Hot on his heels was Allvar Gullstrand, the son of a Swedish physician who received the Nobel Prize for outstanding work in ophthalmology in 1911.Gullstrand developed the slit lamp which has remained to this day a useful tool for ophthalmologists. 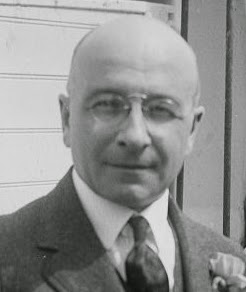 Alexis Carrel
The next to win, two years later, was perhaps the most accomplished surgeon to ever get the prize. This was Alexis Carrel. Carrel was a Frenchman who qualified from the University of Lyon, but having twice failed to qualify in the examination for a faculty position, he migrated to Canada and then to the United States. His earliest publication was a technique of vascular anastomosis for organ transplantation which modified the technique developed by the famous Mathieu Jaboulay. This research was prompted by the assassination of Sadi Carnot, the president of the French Republic, from a stab wound of the portal vein in 1894. He retained his interest in vascular surgery throughout his lifetime and developed a large number of techniques of vascular anastomosis that laid the foundations for organ transplants. Charles Guthrie, a physiologist at the University of Chicago collaborated with him on these and they published no fewer than 29 papers on these techniques. In addition he pioneered together with legendary aviator, Charles Lindbergh, a perfusion pump that could keep organs functioning even after removal form the body. This also led to advances in organ transplantation.
This superb surgeon was however a failure as a man. He was identified with eugenics and advocated the elimination of “undesirables” in order to improve the human race in a book Man the Unknown. His support to Nazi Germany led to name becoming anathema to his countrymen and to decent men everywhere. 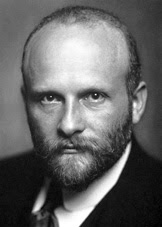 The next winner was Robert Bárány, an Austrian who is one of the least known surgeons to win the prize. He won the Prize in 1914 for his work on the functioning of the vestibular apparatus and he developed a caloric stimulation test to determine the presence of vestibular apparatus .Ironically, he was detained in a Russian prison of war camp when he was awarded the prize. He could only receive the prize on his release in 1916. 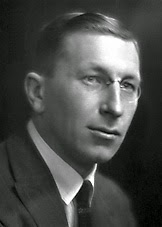 Frederick Banting
Frederick Banting  was next in line. One of two Canadian surgeons who have been honoured by the Nobel committee, he initially wanted to be a minister but graduated in medicine form the University of Toronto. He then took up a residency in orthopedics with conspicuous lack of success. He then took up an appointment as a lecturer in physiology  at the University of Western Ontario. Here he developed an interest in pancreatic function and met Dr John Macleod who was then with the University of Toronto. It was not exactly love at first sight as Macleod described him as having “only superficial text-book knowledge of the work that had been done on the effects of pancreatic extracts in diabetes.” Be that as it may, he allowed Banting to use his laboratory during the summer of 1921 and Charles Best, then a 21 year old medical student was assigned to work with him.  They developed an animal model in which they eliminated the exocrine function of the pancreas and later used the extracts from the atrophied pancreas to show that it could reduce blood sugar levels in pancreatomiised dogs. James Collip, a biochemist, who was on a sabbatical to the University of Toronto, purified the extract which had by then been named insulin. In a gross travesty of justice, Best and Collip were deprived of a share in the Nobel Prize which was awarded to Banting and Macleod in 1923. 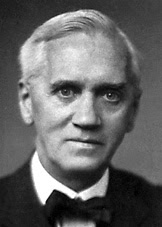 Alexander Fleming
Alexander Fleming was the next surgeon to be awarded the prize. Most people are unaware that he was a Fellow of the Royal College of Surgeons, though he never practiced surgery. However his surgical background made him interested in the bacteriology of wound infection. I will not repeat the well-known story of how several discarded petri dishes which had grown bacterial cultures had been contaminated with a mould which seemed to have killed the bacteria. This mould turned out to be penicillin.  The rest is history and he started the antibiotic era which is one of the major triumphs of modern medicine, though under siege nowadays because of the indiscriminate use of antibiotics in conditions for which it is not indicated. He got the prize in 1945. 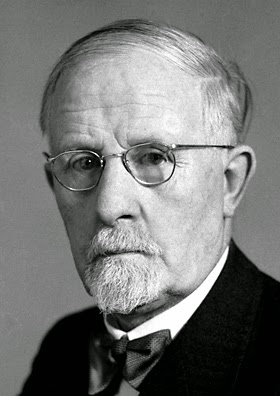 The Nobel Committee has made a fool of itself many times during its history. One such occasion was when it awarded the Prize to Walter Hess in 1949. Hess, together with Egaz Moniz with whom he shared the award developed prefrontol lobotomy for “disturbed mental patients”. Born in Switzerland, He graduated in Medicine from the University of Zurich and qualified as an ophthalmologist. Although the award was ostensibly “for discovery of the functional organization of the diencephalon as a coordinator of the activities of internal organ” it was clear that he had won it for his controversial and now abandoned procedure for violent mental patients.

The next was Frossman about whom I have written a post (here). He was awarded in 1956. 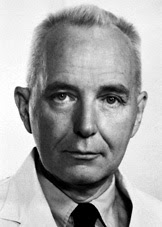 . Charles Huggins
The next surgical awardee was not until a full two decades later, in 1966, when Charles Huggins, the second Canadian surgeon to win the prize was awarded for his work in discovering that hormones have a powerful effect on the progress of prostate cancer. He developed the hormonal manipulation methods that are today one of the pillars of therapy for cancer prostate. Huggins had a long life and he died at the age of 96, still in active research. 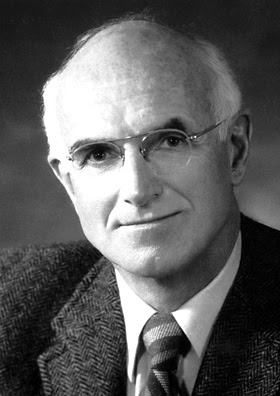 Joseph Murray
The last of this distinguished list was Joseph Murray, who was awarded in 1990. ), Murray performed the first successful renal transplant from one monozygotic twin to another on December 23, 1954, at the Peter Bent Brigham Hospital thereby confirming that this was the way forward to avoid immunological reactions that had made successful kidney transplants impossible. Later, of course, the advent of immunosuppressives changed the entire picture, but he was essentially awarded for this pioneering kidney transplant. He however had many other achievements to his credit, being part of the tem that defined “brain death “which made cadaveric transplantation possible. He also made many advances in craniofacial surgery.
Since his award, we have waited 25 years, but no other surgeon has been lucky enough. I have spoken of Debakey, I can think of many procedures which richly developed the award. These include the development of coronary artery bypass grafting, stereoscopic surgery of the brain, laparoscopic surgery and many others. However we live in hope: perhaps the surgeons doing actual work in the operating rooms may find favour with the Nobel committee which, as I mentioned earlier now only believes in awarding laboratory research.
( All Pictures form Nobel Pize website: ww.nobelprize.org
Nobel Prize Surgeon

AltiusHospital said…
Thanks for sharing your information...It's very useful for many users...I will be waiting for your next post.
IVF Treatment Centre in Bangalore | Uterus Removal in Bangalore | Laparoscopic Treatment in Bangalore
June 3, 2019 at 1:52 PM