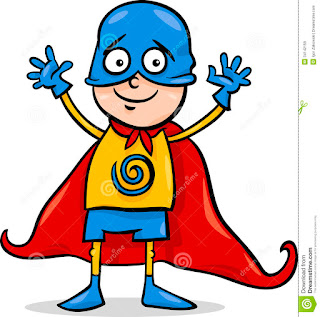 In Bertolt Brecht’s famous play Life of Galileo, there is a famous scene where Andrea laments “ a land is unhappy that breeds no heroes”. In reply Brecht has Galileo riposte “No, Andrea: unhappy is the land that needs a hero.”
I have had many heroes in my younger days. Rammohan Roy, Gokhale, Rabindranath(of course) , Netaji and Fidel Castro were and still are my heroes. There have been some more, of course. But as I grow older and I reflect on the ways of heroes and the implications of needing heroes, I am in more and more agreement with Galileo (or Brecht) that it is an unhappy country that has need of heroes at every turn of history . This probably makes India one of the unhappiest countries on record.
This is because we are the past masters of heroes and heroines. In recent times, the cults (which is the only word one can use) of Indira Gandhi, Rajiv, and now Modi and the smaller but no less intense cults of Jayalalithaaaaa (or however she is writing it nowadays) , Mayawati, Mamata or the erstwhile emperor of Bengal , Jyoti Basu, have reached what can only be described as pathological proportions. With the advent of social media platforms, the cults penetrate your consciousness at all times of the day and night propagating truths, half-truths and outright lies about them and their doings.


The reason that such millennial personas are needed is a helplessness that permeates our society. We appear to be unable to do anything as individuals or as groups; we are forced to depend on a godlike figure to do things for us. It is not a coincidence that developed countries have fewer heroes, heroes seem to proliferate only in economically and socially backward societies. Thus conservative groups of whatever religion have any number of heroes while more developed or forward looking societies need none.
The problem with heroes is that they absolve the follower of all responsibility. Once the hero has been installed, whether democratically or otherwise, there is no responsibility for the follower to do anything. The hero must provide like manna from the heavens everything that is needed. This may be jobs, houses, good movies, pleasant weather and a dutiful family as well. Unfortunately, as can be imagined, all heroes fail in these duties and it does not take long for them to turn to zeroes. This is something that presently installed heroes should forget only at their own peril.
On reflection, I have realized that the only alternative to this sort of her worship and hero overthrow is to set up systems. Systems that will endure whether or not the hero does. The dire need of the Indian hour is not a hero, but someone who works self-effacingly to set up systems which cannot be effaced. What we need are systems to award university seats, systems to determine procurement prices and systems to decide the prices of public transport.
Think of the train tickets. Those of my generation will remember the massive corruption and difficulties that were associated with the purchase of simple train tickets. The main ticket counters of the Eastern Railways at Fairlie place were crowded with touts and rowdies. Buying a ticket used to be a nightmare as crooked travel agents together with their associates used to corner the queues and cause regular minor riots to frighten away the bona fide passengers. Even if you braved the queues and finally made it to the counter, the chances were that you would be told that the tickets were all sold out  At the end of it all, you were forced to go to the so called travel agents who would sell you the tickets, now miraculously available, of course at a consideration. Indians should remain eternally grateful to Madhav Rao Scindia who eliminated most of these problems in one fell swoop when he computerized the ticket sales. Later, online sales have, to a great extent made train tickets a comparatively hassle free process. It is now forgotten that there were massive objections to the process: we were told that computerization would eliminate jobs, how would poor clerks retrain themselves to use computers? In today’s internet driven world it seems like a fairy tale when we recall that our commie pals  broke computers and threw them out of the offices when they were first introduced in banks in Calcutta.
A lot more has become possible because of the advent of new technology. Technology has given us a huge advantage: it is now possible to put many systems in place which were not possible in the past. Some of them have been put into place: this has led to much heartburn among the inveterate bribe taker babus and much relief to the general population. However much remains to be done.
The greatest contribution that any leader can make to India would be to put into place systems which would eliminate the need to approach the political leadership for any day to day activity. Consider the work  of any elected representative. Most of his time is spent in writing letters of  recommendation for his constituents in order to get simple things done. They are writing BPL certificates, recommendations for gas connections, school admissions, all sorts of certificates which are needed for government handouts and so on. Not only is this a waste of resources, it is the fountain from which springs most of the petty corruption that plagues Indian today. Once we got rid of all these requirements, a large proportion of the corruption would disappear.
It is nonsense to believe that India will eliminate corruption by administrative measures.  The Indian bureaucracy has a 200 year old legacy of feathering its nest. Such practices can only be obliterated by eliminating their power to influence events. And this is possible if we have simple laid down procedures which eliminate the necessity for a middleman.
I do not know how many of you get your driving licenses renewed personally. If you do, you will know that it is a nightmare and no wonder the Motor Vehicle Departments are full of touts. In Malaysia, you simply go to the nearest post office and get it renewed in 10 minutes, not a tout in sight. The first time I did it, I was wonderstruck.   There seems to be no reason why the process should not be done online; at one stroke removing the power of touts and the babus who make vast amounts of money from the process.
This is even truer when you think of the major corruption scams that we see every day. Imagine that Sushma Swaraj’s recommendation would have no power to influence Lalit Modi’s travel documents. In a single stroke, all the present controversy about what she did and whether she should have done it would have disappeared. Imagine that the tender documents of the Maharashtra Government were online as soon as the tender was awarded. No Rs 250 crore scam possible!


I do not know whether I sound too simplistic, but I do not think so. Let’s get rid of the hero complex and set up systems. Let us have less great men and more systematic workers. India and Indians will be the winner in the process .