Of Homeopathy and Modern Medicine 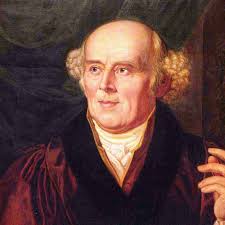 Samuel Hahnemann
Dr Venkatraman Ramakrishnan was in India. Just as we ordinary garden NRIs do, great men also like to spend the winter in India. Anyway while he was here, he was invited to opine on many things, and among many things, he mentioned that homeopathy is bogus. 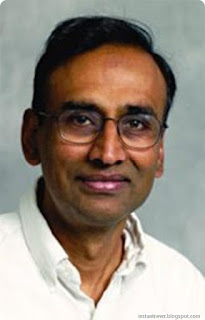 This is something that I believe. I have no great passion or am not passionate in my denunciation of homeopathy; if anything, I have a sneaking sympathy for the art as my Dad was a passionate believer. After his retirement, he got himself an online qualification, studied large numbers of texts and had quite a clientele for his Free Homeo clinic that he ran from home. In deference to his views and to avoid volcanic eruptions for which both he and I are well known, I used to lie low and say nothing when he proclaimed its benefits. My wife and some doctor friends, who could not get away had to listen to him declaiming the merits of homeopathy.

Be that as it may, this blog post is not reminiscence. I recently posted in my Facebook page a newspaper article where Dr Venkataraman gave his trenchant views. This was followed by a lively discussion and lots of friends and friends of friends participated in the discussion. We carried the day by loftily pointing out the fact that the principles of Evidence based medicine make mincemeat of homeopathy because there are no randomized controlled trials proving its worth. The  reply from the homeopathy aficionados was the usual “I was benefited”, “Allopathy does not suit me” and so on, but I was reasonably satisfied that we had won the scientific argument.
RCTs are indeed the stuff of EBM and  the final proof of efficacy of a drug or treatment, but the way that RCTs are conducted in the real world  leave much to be desired. I have realized this when I worked for a stem cell development company and was in charge of its clinical trials in Malaysia. I hope to tell the story someday ( if I am confident that  they will not sue me).
But better men (or rather women) than me have had much to say about this. One of them is Marcia Angell. All doctors would recognize the name: she has been the chief editor of the New England Journal of Medicine (NEJM).  Before this she was also a staffer in the journal and Executive editor for about a decade.
As she pointed out famously in an article in the New York Review of Books, RCTs, even when published in the NEJM are difficult to believe. The long hand of the Pharma industry vitiates most studies. She has described and I quote from a blog (see original here)
“Dr. Angell cites the case of Dr. Joseph L. Biederman, professor of psychiatry at Harvard Medical School and chief of pediatric psychopharmacology at Harvard’s Massachusetts General Hospital. She explains:

“Thanks largely to him, children as young as two years old are now being diagnosed with bipolar disorder and treated with a cocktail of powerful drugs, many of which were not approved by the Food and Drug Administration (FDA) for that purpose, and none of which were approved for children below ten years of age.”

Biederman’s own studies of the drugs he advocates to treat childhood bipolar disorder were, as The New York Times summarized the opinions of its expert sources, “so small and loosely designed that they were largely inconclusive.”

In June 2009, an American senate investigation revealed that drug companies, including those that make drugs he advocates for childhood bipolar disorder, had paid Biederman $1.6 million in “consulting” and “speaking” fees between 2000 and 2007.

“Two of Biederman’s colleagues received similar amounts. After the revelation, the president of the Massachusetts General Hospital and the chairman of its physician organization sent a letter to the hospital’s physicians expressing not shock over the enormity of the conflicts of interest, but sympathy for the beneficiaries: “We know this is an incredibly painful time for these doctors and their families, and our hearts go out to them.” Go, figure!!
Biederman’s failure to disclose his Big Pharma payments to his employers at Harvard (as is required for all Harvard employees) has been under investigation* for the past two years by Harvard Medical School, in as journalist Alison Bass describes this: “what must be the longest investigation in that school’s history”).
Finally, in 2011, they were disciplined: according ot eh Boston Business journal, they were told that they :
·       must refrain from “all industry-sponsored outside activities” for one year

• for two years after the ban ends, must obtain permission from Mass. General and Harvard Medical School before engaging in any industry-sponsored, paid outside activities and then must report back afterward

• face delays before being considered for “promotion or advancement.”
I am sure they were devastated!!
This is not an isolated story. Unfortunately similar instances abound.
Even when we do have evidence from well conducted studies, doctors are reluctant to change their practice and surprise surprise, most of the time, the practice that they are reluctant to change is extremely lucrative. One sad example would be the huge volume of angioplasty stenting in patients with chronic myocardial ischemia, the indications for which are shrinking by the day. However if you looked at cardiology practice, you would never notice. 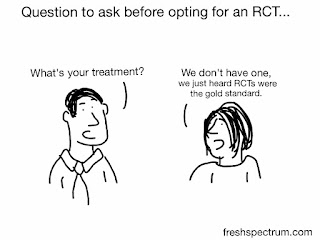 Under the circumstances, perhaps the homeopath sympathizers do have a point. When suspended between the Scylla of expensive overtreatment and the Charybdis of ineffective (and cheap) treatment, perhaps it is sensible to choose the latter. The poor souls who swallow sugar pills for cancerous conditions must in this case considered to be collateral damage.

Aqilah Rosli said…
I like this post. Because my family especially my mother believes in homeopathy and she preferred this kind of treatment for her hypertension. And I'm struggling between to giving good advice based on the knowledge I learn or just to keep quiet so that Im being good daughter that will not argue with her. But thank God my father is on my side so he always force her to take the antihypertensive each time her sytolic bp reached 200 😞
January 29, 2016 at 3:02 PM