Journalists under threat: What do I feel? 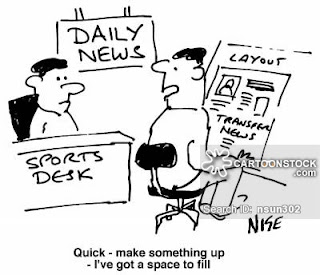 Journalists are under threat in today’s India. There is no doubt that the present political dispensation is unlikely to show mercy to dissent and being a very well organized  political force are willing to play a long ideological game in order to suppress dissent. This is nothing unusual. Cadre based political formations are always good at this. Our communist friends were so good at this that in the then red fortress of West Bengal everybody was a communist if they were to survive particularly in government institutions. Their front organisations had massive membership numbers and it was difficult to find a dissenting voice. The present right wing dispensation has a similar approach. They are handicapped because their dominance in the political spectrum in India is not as pronounced as the Communists had in West Bengal, but they are using the usual mix of strong arm tactics as well as carrots to impose their worldview on the Indian public.
Journalists are particularly at risk as their work directly impinges on the agenda of the political class. They are capable of publicizing the lies, half lies and moulding political opinion. No wonder that one of the most important functions of the political class is to keep journalists happy, and if they are still recalcitrant, to show them who's boss by using all the resources of the state and non state actors.
All right thinking people should be supporting the journalists. Why then are most educated people so happy to see the journalists in this sorry state of affairs? Why is it, that far from being outraged when a journalist is intimidated, everybody is happy to call them all sorts of names?
I cannot speak for anybody else, but I can tell you why I have no sympathy for the vast majority of journalists. Let me try to express why.
Take any issue that comes up: Say demonetization. What was my opinion about it? I was all for it, until I realized that the government was totally unprepared for the step and had not done its homework. And when I saw that they were so ill prepared that they changed rules literally every day, I was even more disappointed. And when the supreme leader began to tell us that the whole exercise was to unmask black money,  no, not really, it was to eliminate counterfeit currency , no I was wrong,  it was to prevent terrorist attacks, I am sorry I meant to usher in digital India, I was sure that the whole exercise was an ego trip for a man who did not bother to take advise as he thought he was infallible and in the process  made a colossal ass of himself.
There are many people who felt it was a good thing and still think that it was useful: there are some valid arguments for this. There are others who think it was a diabolical plot hatched up to win the UP elections: frankly I think that this is not probable, but possible certainly.
But look at the journalists: I am sure that all of us knew exactly what they were going to say: Swapan Dasgupta and Chandan Sen would sing hosannas, the NDTV group would oppose and so on. Why is it that I am sure about their reactions? It is because I know that their viewpoints would not be based in their actual opinion or facts on the ground, but their ideological positions. In other words I cannot expect any fair comment, but I read their opinions to merely reinforce what is my own position. If I am l leftie, I listen to NDTV, if I am a Modibhakt, I stick to Zee TV.
Under the circumstances, what purpose is served by journalism? I cannot expect that a move to regulate prices of medical devices will be hailed by everybody, only because the Modi government did it. The BJP press will praise it, and the opposition will definitely claim that this will end the industry as we know it and so on. If  Sashikala is imprisoned to the great glee of all and sundry, why should somebody not remind us that the leader of this bunch of thieves was Jayalalitha, she escaped justice by popping off at the right time. Maybe if the poisoning rumours are correct, Sashikala did her a favour!  So what if Parnee what's his name was her trusted servant, he was a follower of the biggest thief in Tamil Nadu. How does this make him a better chief minister than anybody else? But will any journalist tell us this? They might, but only if it suits their ideological purpose. The same story holds good for the Bihar somersault. You knew in advance which journalists would hold this up as a blow for public probity and who exactly would find it a great betrayal .
The same story holds good if you move from the political space to any other area of public interest. Doctors are monsters, this is the accepted narrative and do not expect to find a journalist who will challenge this narrative. Such examples can be multiplied ad infinitum
So if the journalists are under threat, I find it difficult to feel any outrage. They are indefensible. A plague on their houses.