Photographers as I have seen them


I am sometimes amazed at the quality of photographs that people take nowadays. Every day in Facebook one sees so many marvellous pictures and I do not even have an Instagram account, or at least I do not open it ever. This probably means that I miss seeing even more pictures that would probably vow me. 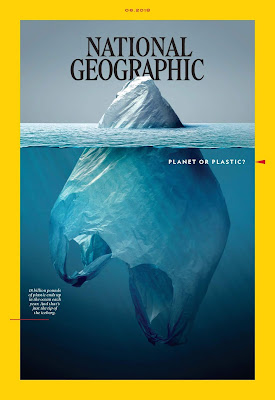 In the old pre social media days, we used to have to buy old copies of National Geographic or see the latest issues in the USIS library to see good photographs. Life magazine was another source of wonderful photographs; I still remember the superb pictures of the moon landing that are still green in my memory.  Some friends also used to take nice pictures. In the nineties, we used to crowd the illustrated lectures by my mountaineering friends who used to exhibit slides that really took one’s breath away. In this context, I must mention the name of Ratan Lal Biswas whose slide shows were a massive hit in the Trekking and Mountaineering world of Kolkata in those days. He is now active in social media and if you access his Facebook account you will be able to see some of the most eye-catching pictures of exotic locales. 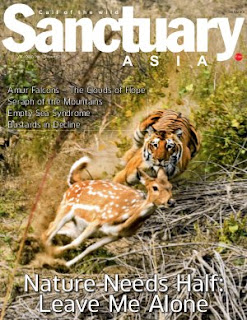 For wildlife pictures we had the Sanctuary magazine, in addition, of course to the National Geographic.  The World Wildlife Fund had an office in Tata Center where we could see wildlife videos in the eighties. The advent of various TV channels which broadcast wildlife programming put paid to that. There was an occasional exhibition of excellent wildlife photographs in the Calcutta Information Center occasionally, but otherwise, I do not really see too many stills in those days.
In our college days the really serious photographers used to have SLR cameras. I was introduced to these by Aruni,  one of my classmates who was an avid photographer. I am not sure if he still is, but he did inspire me to buy an SLR camera which was relatively pretty expensive in those days. The digital SLRs, though, seem to be even more expensive.
In my family, however, we have a set of cousins who are talented photographers. My uncle (  NoJethu, impossible to explain except to Bengalis, who know what it is anyway) ) was an artist and a professional photographer. Trained at Santiniketan,  by  among others Ramkinkar and Binode Behari, no less, he worked from his Kalighat studio all his life churning out photographs, pictures and also an occasional sculpture. He had many children, all of them, with no exceptions, have inherited at least a part of the talent and two of his sons became  excellent professional photographers and videographers in their own right and now one of my nephews is also plying the same trade: the genes are holding good even in the third generation.  The creative gene, I am very sorry to say, has totally missed by my father’s children though many of my other cousins  and at least three nephews that I know of are very good artists indeed. The only thing I ever learnt to draw was diagrams  the anatomy of human parts and even then my teachers used to draw  their breath in sharply when confronted with my offerings.
However nowadays, the photographs that you see in social media are really unbelievable. So many talented photographers are posting pictures of wildlife including birds, travel pictures and what not, all of superb technical quality. Is it because the cameras have become better? Or is it that many talented young people have a platform to exhibit their work? Another possibility is that the digital revolution has made it possible to take any number of pictures without bothering about the cost of film or developing. I am a member of some bird groups in Facebook where I can see, on a daily basis, excellent pictures of rare bird sightings from all over India and the world.
Some people still stand out. Among people I know, one is Tilak Ranjan Bera. One year my junior in Medical College, this ex-Army physician is the author of many superb coffee table books packed with some of the best photographs I have ever seen. One of my classmates, Ashok Sengupta, a leading Chest physician also takes marvellous pictures; unfortunately, he takes them too seldom, or perhaps he posts them seldom.  Either way, I feel that I would like to see a lot more of him.  My own daughter, Shreya, is also an accomplished photographer, as is my niece, Ashavari. Where they get their talent I do not know, certainly not from me.
One of my classmates, Sekhar Mondol, a very popular practitioner in Uluberia, is also one of this band of photographers: however his son, is much much better. Also an accomplished artist, Saikat Mondal is an accomplished cameraman and no doubt will do a lot more in future.  I realize that I am only picking and choosing people I know from a pool of many thousands of excellent photographers. But these are people I know, people like me; and I can only admire their skills and dedication. For my part, I can only admire and enjoy their work.