Hate Speech and Fake News: Then and Now 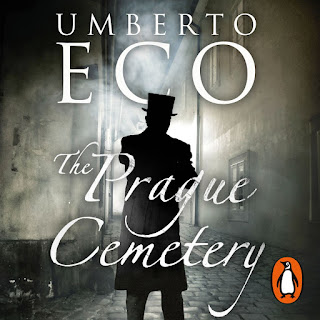 I was reading Umberto Eco’s novel The Prague Cemetery. This very cleverly constructed novel uses actual historical characters who interact with the fictional narrator of the book. It is a riot of intrigue and what would today be called fake news. The manner in which Jews, communists and other rebels were demonized by the creation of false documents is eye opening. That such tactics are still in use goes without saying. What struck me was how old and well tested the tactics are and how well they work. Verily, there is nothing new under the sun.
In one passage, a Russian agent advises the narrator about how one can deflect discontent from the authorities to other “enemies of the people”. The tactics described so perfectly described those of the present ruling dispensation in India, Russia, Turkey and of course the US and UK, that I think it bears quoting at length. If you just substituted some words, mainly “Muslims” for Jews, it would be a blueprint for the right wing nationalists worldwide (except, of course, for Turkey, in my list above. For Turkey, substitute Armenians, or Kurds for Muslims)
“It is my wish that people do not direct their discontent against the Tsar. We therefore need an enemy. There is no point in looking for an enemy among, I don’t know, the Mongols or the Tatars as despots have done in the past. For the purpose of being recognised and geared he has to be in your home, or at your doorstep. Hence the Jews. Divine providence has given them to us and so, by God, let us use them and pray there’s always some Jew to fear and to hate. We need an enemy to give people hope. Someone said that patriotism is the last refuge of cowards: those without moral principles usually wrap a flag around themselves, and the bastards talk about the purity of the race. National identity is the last bastion of the dispossessed. But the meaning of identity is now based on hatred, on hatred for those who are not the same. Hatred has to be cultivated as a civic passion. The enemy is the friend of the people. You always need somebody to hate in order to feel justified in your own misery. Hatred is the true primordial passion. …… Hatred warms the heart.”
I think further comment is unnecessary.

unknown said…
Thanks for sharing this useful information,regards
Organic online store hyderabad
May 11, 2021 at 5:04 PM