Vaccination And Its Opponents 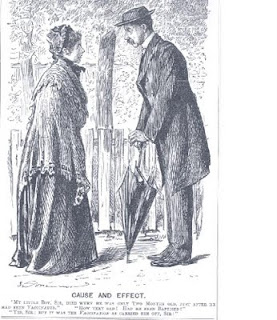 Caption:
"My little Boy, Sir, died when he was only Two Months old, just after he had been Vaccinated." "How very sad! Had he been Baptised?" "Yes, Sir; but it was the Vaccination as carried him off, Sir!"
From Punch, September 19, 1891