The End of Malaria? 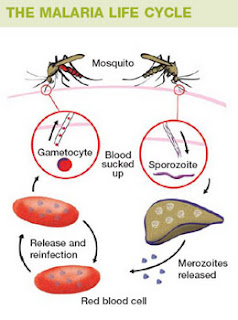 As long ago as 1955, Russell published a book: Man’s Mastery of Malaria reflecting the widespread belief at that time that malaria was on its last legs and mankind would soon be rid of this deadly scourge. Unfortunately, the reports of its demise were hugely exaggerated and over the next few decades, malaria re emerged as a global epidemic and 55 years later, it still kills about 2.7 million people every year.
The parasite that causes malaria was discovered in 1880 and Ronald Ross discovered the lifecycle of the parasite working in small laboratory in the present SSKM hospital in Calcutta, and got the first Nobel Prize associated with work done in Calcutta in 1902. However the battle to tame this disease has been fought with varying success over the next century.
In the initial phase, the advent of powerful insecticides like DDT eradicated the mosquito from several of its haunts reducing the level of disease considerably. Those were the heady days of the Malaria Eradication Programme when it was thought that it would go the way of smallpox. I remember that the malaria programme staff would come at regular intervals to my grandfather’s house in a Nadia village and spray the house and sign on the walls as a token of their attendance. Whenever I visited the house, I would always check the signatures and note that they came faithfully every month.
But with the advent of resistance to DDT, the scenario changed and malaria made a comeback. When we were medical students, it was on its way back, when we became residents, it was triumphantly resurgent.
It is now obvious that the way to control this disease is via the vaccine route. This route is difficult. The principal idea of a successful vaccine is that it should teach the body to recognize the proteins in the parasite and use the immune system against it. Unfortunately the Plasmodium is one cunning animal. It varies the proteins on its surface so that developing a suitable immune response is hugely difficult.
Another difficulty is the lack of money. Malaria is a disease of the poor and deprived. There is no money to be made in developing a vaccine against it and thus the large pharmaceutical firms which drive much of the new drug development these days are singularly uninterested in it. However the Program for Appropriate Technology in Health (PATH), a NGO in association with Glaxo Smtih Kline have developed a vaccine that appears to be successful in initial clinical trials. The initiative was funded generously by the Bill and Melinda Gates Foundation.
The present vaccine is a hybrid one, fusing the hepatitis B surface antigen with a recombinant protein obtained from the sporozoite.
A Phase 3 trial has just (today) been reported in the New England Journal of Medicine which reports a cautious success in testing its efficacy. The trial which was multicentre and enrolled 15460 patients has raised hopes that a commercially available vaccine may be in the market by 2014/15.
There are some problems however. The treated group showed a small increase in the number of children suffering from meningitis. This could simply be statistical quirk as it probably is, but it strikes a note of caution. Also, there were more high fevers in patients who had the vaccine. This is explainable and expected because of the immunogenicity of the vaccine.
While this vaccine may be the turning point in the fight against malaria, it is necessary to remember that there are simple and proven methods which have already decreased the mortality and morbidity from malaria. These include the use of insecticide impregnated mosquito nets and chemoprophylaxis.
Hopefully a combination of all these methods will see the end for malaria, more than half a century after we had hoped, but as the saying goes, it’s better late than never.
eradication Malaria vaccine