Inspector Singh and his murder investigations 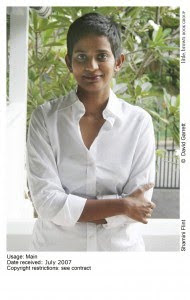 We are familiar with the fictional detectives of the West. Sherlock Holmes remains the all time favourite, followed closely by Agatha Christie’s finicky Belgian detective, Hercule Poirot. There are several others. For some reason, women writers in the UK seem to have particular affinity towards detective fiction; the names of Agatha Christie, Dorothy Sayers and P D James come readily to mind.
Bengalis also have their own homegrown pantheon of detectives, chief among whom are, of course, Byomkesh Bakshi and the beloved Feluda. However among Asian writers writing in English, there appeared to be a singular dearth of fictional detectives, at least I cannot recall anyone offhand. This appears to have been remedied now by the advent of Inspector Singh.
This typical, yet atypical, sardar does not live in his native Punjab, or even in Delhi. He lives in Singapore where he is not the favourite of his senior officers, However they are forced to put up with him and his idiosyncrasies because he is good at his job: that is to hunt down murderers of every hew.
Inspector Singh is fat, he puffs and pants and he is very fond of greasy Indian food, lives in loveless marriage with a virago of a wife, is over fond of a quick beer and wears white sneakers to work. He is turbaned, though he sometimes does wonder why he bothers, especially when the heat gets to him.
He is however also a keen student of human nature, and can quickly get to the bottom of a witnesses story and dissect out the truth, He is dogged, never giving up, even when he seems to be at a dead end. He does not much care about the niceties of the law, believing that murder victims need to be revenged and he does not care too much how he gets to the murderer.
All in all I find him to be a very likeable, believable character.
This character was created by Shamini Flint. Flint has worked a lawyer all over the SE Asian countries, and is well travelled. She used to, and still does, write stories for children. She published her first Inspector Singh book in 2009, when he travelled to Kuala Lumpur to solve “ A Most Peculiar Malaysian Murder.”
This was an excellent book. She brought out the rivalry that exists between Singapore and Kuala
Lumpur and the racial and other tensions that exist beneath the surface in Malaysia very well.It is obvious that she is a keen observer and has a very detailed knowledge of the people of South East Asia. Subsequently the Inspector went to Bali where he was mixed up in the Bali bomb blasts. He has no experience whatsoever in counter terrorism, but it appears that one of the supposed victims of the blast was killed by a bullet through his head before the blast. This investigation leads to the unmasking a a terrorist gang who were planning another horrific blast and Inspector Singh gets his man gain.
The third book is based in Singapore where He investigates the murder of a partner of a law firm who has recently remarried a young woman leaving his wife of many years. He is killed in his office, a high security area, where access is only available to his colleagues. This book is also intricately plotted and Inspector Singh again finds his man, though the book is fairly gory with several deaths. This book is the best of the three I have read, a delightful cameo of the Inspector’s wife, who is trying to arrange a marriage, being one of my favourite parts.
The fourth book is now out. Based in Cambodia this book is named: A Deadly Cambodian Crime Spree. I have not yet read this book. She plans to complete the series with a last book to be published next year. This is to be based in India.
Shamini is a good writer. Her plots are excellent, her characters well fleshed out and she never fails to surprise at the end. I think she should not stop at 5 but continue to develop this wonderful fictional detective who has the potential to be one of the big ones in crime fiction.
Detective fiction Inspector Singh Shanini Flint