November 24, 2011
When I was a schoolboy, I, like all schoolboys dreamt of adventure. During the sixties when we were in primary school, the world did look very adventurous indeed. The space race was on, and while we did not understand the political nuances very well, the space walks, the first circumnavigation of the moon and finally the moonwalk ( of Armstrong and Aldrin, not Michel Jackson) left us with a state of wonder and a feeling that everything was possible. Three books stand out in my memory that embodied for me, the true spirit of adventure and I could and to some extent still feel a cold feeling crawling up my spine as I shared the adventures of the heroes of these books. One of them was a real person, and I refer to Jim Corbett and his “ Maneaters of Kumaon”. I was presented one copy on my birthday by one of my friends and the thrill of the forests had me in its thrall in an instant and I am glad to report, it has never left me since. The other two were fictional. One was Robert Louis Stevenson’s Treasure Island and the other the Bengali classic by Bibhutibhushan Bandopahyaya, Chander Pahar. 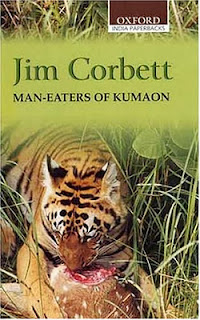 The world of Stevenson’s coastal Inn and ships were not really very foreign to us. My dad was a Master mariner, so that we were familiar with ships and had sailed, at least on the Hooghly River many times. But the sailing ships that filled the pages of Treasure Island, the chilling villainy of Long John Silver and the recurring cry of “pieces of eight” thrilled us just as much as it must have generations of schoolchildren in England and now wherever one understood the English language. I seem to remember lying back on summer afternoons dreaming of sailing to a secret Island and then becoming rich beyond the dreams of avarice by finding a buried treasure. The imagination of children is really unbounded. They can clothe even the most mundane situations with romance and I used to imagine sailing the high seas with the wind on my face even as I lay in the sweltering heat of a Calcutta summer afternoon. 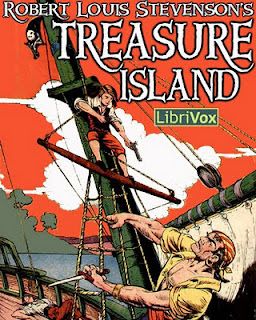 The third book that I still reread at least once a year was Bibhutibhushan’s classic tale of adventure in Africa. Bibhutibhusan taught geography and was well read on the features of the African continent, its peoples and animals. He used this knowledge to create one of the best yarns of adventure that has thrilled generations of Bengali youth. Nobody who reads the book would ever dream that the author had never left the shores of his homeland; the descriptions are so vivid that we travelled the plains of East Africa to the mountains of the moon to look for diamonds with Alvarez as a companion. The book ended with the faint hint of a sequel which however was never written, but his book remains an all time favourite for the past 80 years.

Jim Corbett’s stories were of our own Indian forests. It was easier to recreate in our imagination, or perhaps our imaginations were constricted because we knew many of the settings of his stories. However his meticulous recreation of the physical environment, the descriptions of wildlife and the sheer human warmth of his recounting made his book a worthy companion to the other two books. One could imagine him walking with a couple of stolen eggs in his hands, coming practically face to face with a man eater and then with cool controlled unhurried movements, swing his rifle around until he could take the fatal shot. Superb!! I was reminded of all this by an article in the Times Literary Supplement (TLS) where John Sutherland who is planning yet another edition of Treasure Island has discussed the possibility that Stevenson may have at least partially plagiarized the story of this book from a serial Billy Bo’swain written by one Charles E Pearce . There are disconcerting similarities between the plots of the two books, and it is suspicious that while Stevenson did admit that he borrowed from an entire host of authors, he never mentioned this author, when there is record that he had been sent the serial by the editor of the magazine where it was published. Whatever the truth may be, the fact remains that Stevenson’s story was a rollicking tale and children and adults have been fascinated by it ever since its first publication in the early 1880s. If perchance you have not read any of these books please do so, Chander Pahar is now available in an English translation. I do not know whether you will feel the thrill that I felt as a young boy, but I can guarantee a wonderful read.
Africa maneaters treasure