Black Henry, the First Man to Circumnavigate the World? 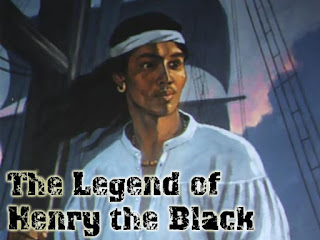 Last month we visited Malacca (again!) This time we visited the maritime museum and here I was intrigued to find mention of Enrique de Malaca also known as “Black Henry”. I had never heard this name before and when I realized that there is reason to believe that he was perhaps the first man to circumnavigate the world, I was hooked on his story. This is what I discovered.
The Portuguese came to Malacca, then an international port that served the China India trade as well as the trade from what is now Java and Sumatra in Indonesia. It was fabled for its wealth and was the an international city where traders from Arabia rubbed shoulders with sophisticated merchants from Gujarat and the Malabar coast of India and the Chinese captains who came across the South China Sea. The Portuguese captured the port after heavy fighting in 1511. Later, of course, it fell to the Dutch and finally to the English which held it till Merdeka (Independence).
There were many peoples here and the slave trade was active. Henry was originally from the Philippines ,or so the Filipinos claim, though there are claimants for his nativity from most islands in the archipelago. There is also a strong historical possibility that he was from Sumatra and was captured and enslaved during the siege of Malacca by the Portuguese. There is a tradition that he belonged to a royal family, though this is unsubstantiated. He was bought by none other than Ferdinand Magellan who was to later become immortalized as the organizer of the first round the world expedition. Henry was then eighteen years of age.

Magellan then had him baptized (those were the days of strong religious feelings) and he travelled with him to other Far Eastern Islands reaching up to Sabah. Subsequently he sailed back to Portugal with Magellan in 1512. He subsequently accompanied him to other voyages to Morocco where Magellan received the wound that caused him to limp for the rest of his life. It was on his return from this trip that Magellan was accused (unjustly, in all probability) of corruption and this caused him to leave his native Portugal in a huff and offer his services to The Spanish King Charles I. This was in 1517.
By a Papal Bull, the world had been divided between the Spanish and the Portuguese in such a way that the Spanish were unable to challenge the Portuguese who had access and control over all the routes to the spice islands of South East Asia. As is well known, spices were no luxury. They were of vital importance in those days before refrigeration to prevent meat based foods form spoiling. Magellan sold Charles the idea of reaching the Spice Islands from the West via their Pope sanctioned routes by sailing West as Christopher Columbus had done some years previously. It has been claimed that Enrique was also presented to the Spanish Court as a trusted interpreter and an important part of Magellan’s plans.
Enrique had by this time become indispensable to Magellan. He was a polyglot and this would be vital if the expedition ever reached the Spice Islands as he would then be able to link them to the natives of those islands. Magellan was fond of him and unusually mentioned him in his will, stipulating that Enrique “shall be free and manumitted, and quit, exempt and relieved of very obligation and subjection and may act as he desires and sees fit”. Not only this, he left him a princely sum of 10,000 maravedis as well. (A maravedi was a Spanish gold or silver coin that was currency between the 11th and 19th centuries)
The Spanish king was persuaded to fund the expedition and on September 20, 1519, the expedition left the Spanish port of Sanlucar de Barrameda to cross the Atlantic. It consisted of five ships crewed by 270 men. The expedition sailed to South America, and then rounded it to enter the peaceful ocean that was named the Pacific and finally about one and a half years after they has set sail, the expedition reached the Philippine island of Samar. This was on March 16, 1521. Unfortunately the language of these islands was not intelligible to Enrique , but a couple of weeks later , on the 28th of march, they were anchored near another island and here two boats drew near and the chief of the island who was in one of the boats spoke in a language that Enrique was familiar. Enrique had thus completed the voyage around the world sailing west with Magellan and returning from the east to his native islands. 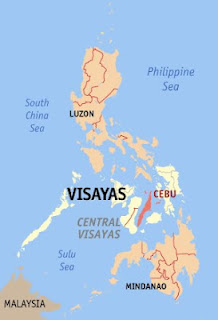 The rest of the story is not so inspiring. Magellan died in a skirmish with a group of rebellious Cebu islanders. There is reason to believe that he could have been saved, but his subordinates were curiously reluctant to fire cannons or come to his succor when they saw him in trouble. Magellan died in the surf trying to wade out to his boat. The official Spanish record claims that Enrique too died in the same battle. But there is another account that credits him with plotting revenge for his master’s death by causing a Spanish delegation to be attacked when they came down for a supposed parley. Only one survivor is alleged to have survived to tell the tale.
Enrique disappears from the record after that. However whether he was killed with Magellan or otherwise, he was definitely the first man to make a circumnavigation of the world, or, if we think he was of Sumatran origin, an almost complete circumnavigation. He is thus worthy of much more than a footnote reference in History.