This article first published in Oncology 2012;26(8):754–758 is an important contribution that debunks the irrational therapies that have unofrtunately become very prominent in the age of the internet. Those who have a Facebook account will also know what I mean. I think this is compulsory reading for everybody so that they can beware charlatans and quack medicines that can cost lives. Remember that even Steve Jobs became a victim of such irrational therapies which may have cost him his life.
I will publish this in several sections. References will appear in the last instalment. 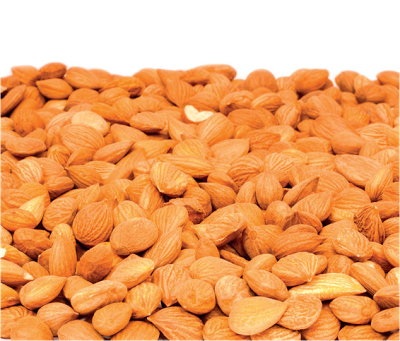 Laetrile, a chemically modified form of amygdalin and a naturally occurring
substance found mainly in the kernels of apricots, is one of many bogus cancer ‘treatments’ from the 1980s.

One of the earliest papers published by one of us (BRC) was entitled ‘After Laetrile, What?’1 On looking
it over again, it is apparent that this 1982 article could have been written today, except that laetrile proved not transient, but rather a seemingly permanent addition to a very large field. Known also as amygdalin and ‘vitamin B17’ (and not an actual vitamin), laetrile was subjected to 20 years of animal
studies, followed by a national clinical trial of 175 patients. Results indicated that the agent had no anti-cancer effects.2 Although banned decades ago by the US Food and Drug Administration (FDA) and quiescent for a while, laetrile resurfaced as public Internet use became increasingly common. Today, in addition to multiple Web sites that sell the product, Amazon.com has 209 entries for laetrile in every conceivable form, including vitamin B17 500-mg tablets, organic raw apricot kernels, amygdalin cream
as well as 182 book entries, such as the recent title World Without Cancer: The Story of Vitamin B17. Intravenous laetrile also is available via the Internet and across the Southern US border, in both cases bypassing legal injunctions.
Laetrile was and remains only one among many bogus cancer ‘treatments’ popular from the 1980s on. In the 80s, therapies in vogue included metabolic regimens, special diets, high-dose vitamin and mineral supplements, mental imagery applied with curative intent, and the like.3 Over the past few decades, purification regimens, oxygen therapies, radio and other electrical frequencies, human and divine forces, and more have come to the fore. In addition to the expansion of what was often termed ‘unorthodox’ medicine into a vast, open, and readily available store of unproven and disproved therapies, possibly the most significant shift in the past 20-some years has been its transformation from an essentially underground phenomenon—clandestine knowledge shared by a patient and an alternative practitioner—to a readily accessible storehouse of information and products. This was facilitated by the rise of the Internet, which now produces close to 21 million results in response to a search on ‘alternative cancer’. Two popular sites that come up in such a search, CancerTutor .com and Alternative-Cancer.net, are representative examples of sites that provide and/or sell ‘advice’ on a range of therapies purported to cure cancer without mainstream treatment. Not all such sites sell bogus treatments. Some debunk, like QuackWatch.org; others actually purvey information on ‘complementary’
(adjunctive) therapies, using the term inappropriately and incorrectly.
The terminology applied to therapies that are outside the realm of mainstream medicine varies widely and has evolved over time. Terms like ‘unorthodox’, ‘uncon-ventional’, and ‘questionable’ were largely replaced a few decades ago by ‘alternative medicine’ as an umbrella term for all such treatments.4 Since then, ‘alternative medicine’ has given way to ‘complementary and alternative
medicine’ as the most common descriptor.5 Exemplifying this shift, the National Institutes of Health’s ‘Office of Alternative Medicine’ was renamed the ‘National Center for Complementary and Alternative Medicine’ in 1999.
Today, the term ‘complementary and alternative medicine’ encompasses a heterogeneous array of treatments, some unproven or disproved alternatives, and others, rational and evidence-based, that are supported for use as adjunctive, complementary or integrative therapies for symptom control. An important distinction must be made between these two unrelated categories.5 Complementary therapies are those used in addition to conventional care. Many such therapies, such as acupuncture treatment, massage therapy, and music therapy, among others, have been shown to be safe
and effective as adjunctive treatments for managing pain, nausea, stress, and many other symptoms, and for supporting patient well-being in general. Their growing use in mainstream cancer settings is now known as ‘integrative oncology’.
Alternative therapies such as laetrile, on the other hand, are often promoted for use in lieu of mainstream cancer care. Typically, these are accompanied by negative statements about mainstream cancer care, such as ‘cut poison burn’,6 and ‘Little or no progress in the treatment of adult cancers has been made. A man or woman who gets prostate or breast cancer today will live as long as the person who developed these same cancers in 1920. Nothing we’ve done in a century has substantially reduced
deaths.’7 [emphasis in original] Despite their extensive promotion on the Internet and through other
media, unconventional agents for cancer rarely are subjected to proper study.8 Yet even in the absence of supportive data, the incidence of use is high. It is estimated that more than 50% of cancer patients will adopt some form of ‘unproven’ or ‘unorthodox’ therapy.9,10 The promotion of unproven or disproved cancer ‘treatments’ instead of mainstream therapy is quackery. The examples below reflect the variety of the numerous questionable approaches promoted to cancer
patients. They are grouped by descriptive category titles.