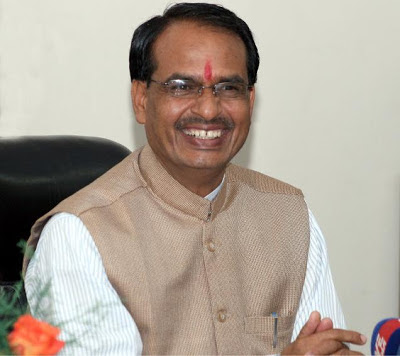 I just got back from a two week stay in India distributed between indore, Mandu , its environs and Calcutta/ Siliguri. This is the best time of the year to be in India and that proved to be true this year as well. It was deliciously cold in Indore, Calcutta as well as in North Bengal. The sun was out for most of time so that we had glorious sunny days and crisp cold nights. Life was good as an advertisement says. It made us seriously wonder what we are doing in exile.
I most enjoyed revisiting Mandu. I have been there some 22 years ago and it appeared to have not changed a bit. I shall talk about this sometime, but today I want to set down my impressions of India as a visitor.
No matter what the newspapers say, the country is progressing. This may be because of government policies, or in spite of them, but the impression one gets is of an energy that we really never saw during our travels across India earlier. Sadly this is more evident in Indore than in West Bengal.
Indore gave the impression of a city rushing to get ahead. I had visited it during my visit to MP in 1988 but today it is a vastly different city. The city has expanded enormously for one thing. There are newer housing estates which are eating up the surrounding countryside at an enormous pace. Quaint parts of the Holkar city remain to remind us of its origins, but the IIM, IIT, various colleges and a huge industrial complex are testimony to the progress that is taking place.
I met a young man who works for an agricultural pump producer. At the age of 26, he is the sales manager for the company with several large distributors under his stewardship. I met him by accident. My daughter and I had taken the train to Choral , a lovely picnic spot around 50 odd kilometers from Indore. While the train journey had been scenic and very enjoyable, we preferred to return by road to save time. Unfortunately we were unable to flag down any buses for quite some time and more in hope that expectation, I flagged down a new car that was passing us on the highway. The driver not only stopped, he was kind enough to drop us back to our hotel in Indore. This was Mr Parmar who filled me up with many anecdotes of Indore and its development.
Mr Parmer told me that Indore was expanding exponentially. This was apparent to the eye, but according to him this expansion, along with the massive infrastructure development was made possible by the proactive actions of the government. Obviously he meant the local BJP government and its leader Shivraj Chauhan whom he rated even higher than the darling of the development brigade, Narendra Modi. I do not know whether it was parochial pride, or not, but he was quite definite that the present Chief Minister was the best MP has had in many a day. And I suppose this opinion is widespread as is apparent from the results of the last few elections in the state.
He also informed me that the huge land prices had made most farmers in the area as well off as Croesus. The cost of land near Indore was Rs 1.5 crores an acre, he said. Most farmers were happily parting with a few acres of their land from the usually large acerage that they held ( no land reforms here) and were living happily ever after on the spoils. I forbore to ask about the fate of the landless or minor landholders.
Back in Calcutta too, it was evident that development was taking place. The city looked much cleaner and in Salt Lake and Parnasree where we stayed, the garbage was collected promptly and civic services seemed to be fairly efficient. The taxis need to be replaced. These gargantuan shabby Ambassadors may evoke nostalgia in some quarters, but they are very bad for the image of the city. Incidentally, the International airport was bereft of taxis this time as well. But there is a sense of change.
However the newspapers made dismal reading. The clashes in Bhangar, Asansol and elsewhere gave the impression that nothing much had changed in the political culture at least. Thank God we were not caught up in anything. In Siliguri too, Sevoke Road seemed to be much brighter and full of well lit and well stocked shops. The roads remain horrible, I expect that the will remain so in my lifetime.
Some amusement was available from my commie pals. I met many of them shaking their heads gravely over the Delhi rape incident and behaving as if this was something that had never happened before. No denying that it was horrible, but those of us whose memories are slightly longer than the last facebook page can still remember the now deceased emperor of Bengal saying “ e sob to hotei pare” ( these thing can happen) when a health department vehicle was attacked in Bantala and several women raped and killed by hooligans in the fringes of our cultured city. I took great pleasure in reminding them of this fact and watching them pipe down.
But overall, impressions are good. Whether it suits your political view or not, India is on the move. Every time I return, it is to a better India.

way2 college said…
NICE BLOG!!! I'm happy to find numerous useful info here in the post. I would really like to come back again right here for likewise good articles or blog posts. Thanks for sharing !!
top journalism colleges in Pune
mass communication colleges in Pune

Unknown said…
An excellent piece covering and discussing various and all important aspects of the bilateral relations as they stand today. To get more info please visit http://researchpapergiant.com/.
September 27, 2013 at 7:40 AM