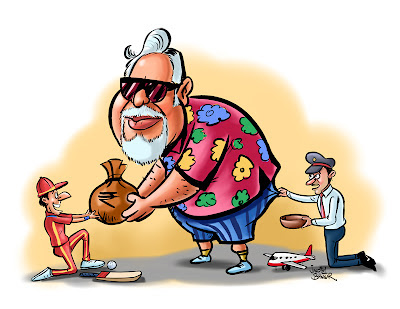 I cannot help feeling a sneaking feeling of sympathy for Vijay Mallya. The original success story of the Indian liberalization he was the man who disdained to hide behind the hypocrisy that makes the rich hide under a garb of simplicity and an often fake religiosity. He was never ashamed of the fact that he sold booze and made vast profits out of it. He was like the schoolboy who had found an unexpected horde of chocolates which he wanted to show off to the whole world.
When he rode high, he had many fans. The entire media sang his praises, his parties were described breathlessly in Page 3, politicians, Bollywood actresses and media persons rushed to his side and sang hallelujahs about him. Now the poor guy is down and “none so poor to do him homage”.
The facts of the matter are simple. He was and is a not a great businessman. While he sold liquor, this was not apparent as the big profits that this business generates covered a multitude of mistakes. Now, we are informed that his acquisition of White and Mackay was a mistake, he overvalued it, but when it happened he was hailed as the Boss of Booze.
He entered a field (aviation) about which he knew nothing. At that time all the financial newspapers cried hosannas and told us about how he would bring luxury to the common man. That the business was unsustainable was clear to anybody who tried to do the math, but no matter, he was then riding the crest of the Kingfisher wave. Now, the pink papers tell us that the airline never made a profit, a fact that they conveniently glossed over when he was inviting them to parties in his Goa retreat.
His entry to politics was hailed as a path breaker: he was to bring the authentic Indian Businessman to the Rajya Sabha. It was clear to anybody who had eyes to see that he was obviously buying the seats by bribing the venal legislators, but nobody spoke about it. It is so sad that our media and social media who are today denouncing him the loudest were his greatest fans but will anybody admit it now? How far he has fallen is evident by the fact that even Arvind Kejriwal does not want to make any allegations about him.
I see no reason for the brouhaha. He is a businessman who believes implicitly in the free market. Let him live and die by it. If the upshot is that his empire collapses, so be it. If it is wrong to prop up Air India it is wrong to prop up Kingfisher as well. If it is ok for the employees of Air India to face up to the cruel truth that they do not deserve to keep their jobs, why should it be different for Mallya’s employees? It is funny to see the votaries of the Free Market squeal the loudest when the free market catches up with them. I remember the same hue and cry when Jet Airways laid off staff.
I predict that soon, depending on whether the empire really shows signs of a complete washout, we will see allegations about his sleazy activities with the Kingfisher models and other women. The same women who were glad to be seen in his arms in his heydays will now try to grab their pound of flesh and the TV news anchors will breathlessly echo their complaints. There is more drama to come. Enjoy the show. 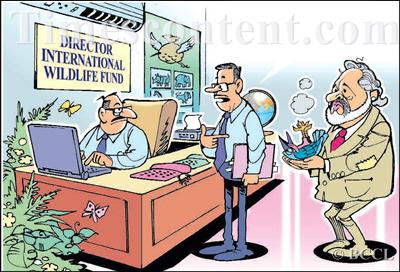 y-axis! said…
hey may have incurred great losses. i do not know a thing about business and living a king-like life but i can tell you this much - for that price of air ticket i have not had a better flying experience than with kingfisher airlines. i hope they recover. of course i do.
January 10, 2013 at 7:50 PM

Unknown said…
I'm a person who promotes the concept of accountability to a great extent, and I've spoken in the Parliament and reinforced the need for accountability. To get more info please visit http://help-essay.com.
September 2, 2013 at 6:27 AM