Cutting for stone in the seventeenth century 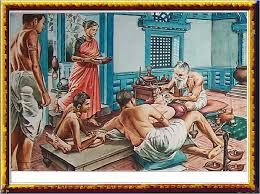 
Stones in the urinary tract have been a part of life for humans for all of recorded history. The earliest treatments for the condition originated in India when Susrutha, the undisputed father of Plastic Surgery described a method of lithotomy of cutting for stone. There is some dispute about when exactly Susrutha lived. There are some over patriotic Indian authors who believe that he lived around 3000 B C. Colonial historians who were reluctant to believe that everything did not originate in the West or near about placed him at the end of the first millennium in the Common Era. However most sober scholars place him at about 600 BC which makes him roughly contemporaneous (give or take a century of two), with the Buddha and Mahavira.
Susrutha described perineal lithotomy. This method was described in Ashmari Chikitsa (roughly translated as Management of vesical stones). The method has been described as follows:
“First, the patient should be cleansed of the vitiated dosas. Then the patient, who is strong enough and is not nervous, should be laid flat with upper part of his body resting on the lap of another person sitting on a knee-high plank facing east; the patients’ waist should be raised by cushions and his knees and ankles flexed and tied together by straps (lithotomy position). After massaging the left side of the well oiled umbilical region, pressure should be applied first below the navel until the stone comes down. Introduce the lubricated index and middle fingers into the rectum below the perineal raphe. Thereafter, with manipulation and force bring the stone down between the rectum and the penis. Keeping the bladder tense and distended so as to obliterate the folds, the stone is pressed hard by fingers so that it becomes prominent like a tumor An incision of about the size of the stone is then made just a few millimeters away from the perineal raphe on the left side. Some surgeons prefer the incision on the right side for the sake of technical convenience. Precautions should be taken so that the stone does not get broken or crushed. Even a small particle left behind can increase in size. The stone is then removed with an agravaktra instrument (small-tipped forceps, like mosquito forceps).”


The operation, perineal cystolithotomy which Susrutha described was performed in ancient times in Arabian countries as well as Europe and was known as ‘cutting for stone.’ In later times it travelled to Britain and in the seventeenth century it was a standard, though feared practice. No patient of Susrutha time has left any account of the procedure, but we do have a vivid description from much later and 7,000 kilometers away. 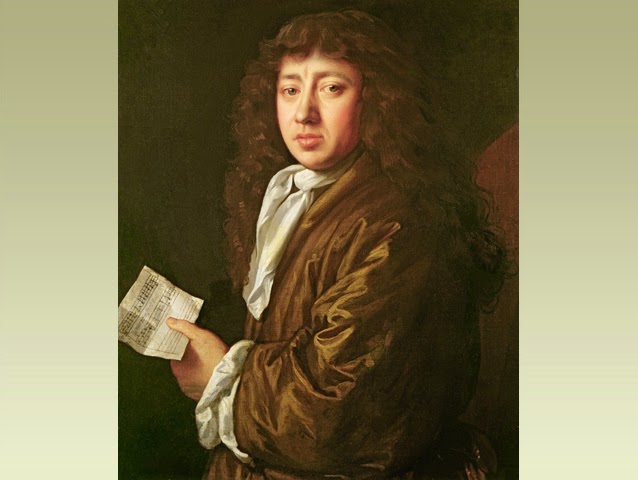 Samuel Pepys, the well-known diarist who has left very vivid descriptions of his times (the turbulent second half of the seventeenth century) in England, underwent the surgery probably in 1658. His vivid description of the procedure did not find place in the diary which he did not start till later, but one of his biographers has given us an account pieced together from various sources, including his own description which found place in a later letter to one of his friends.
The operation, during the seventeenth century was the same as described by Susrutha, more than 2000 years earlier. The results were also still very debatable. One treatise for surgeons written during this time warned “in this great and dangerous Operation, life and death doe so wrestle together, that no man can tell which will have victory”. However Pepys was in such pain that he saw no alternative but to submit himself to the surgery.
His surgeon was Thomas Hollier of St Thomas and Bart’s hospital. He had a more than 30 years’ experience in surgery and was considered to be one of the most experienced surgeons in London of that that time.  He was assisted by a brilliant young surgeon Joyliffe, The surgery took place on March 26th. Pepys was operated in the house of his cousin Jane. Previous to the surgery, it has been recorded his father went about mobilizing as many of his friends, relatives and neighbors as he could to pray for his son.
In those days, in England, patients were advised to have the surgery in the spring. Both cold and heat were considered to be unsuitable for good healing, and the bright sunlight that one might hope for would, it was thought, make the surgeon’s job easier. The preoperative preparation was extensive. Patients were advised to cultivate a calm frame of mind and were asked to avoid anger or sadness. Wine was prohibited during the weeks prior to surgery and patients were advised a diet of fresh meat, chicken, butter, barley and gruel. They were allowed to drink only sweet drinks made from almond, cucumber and melon. The patient was often advised warm baths and on the day of surgery, given a good meal (perhaps in the unconscious imitation of a condemned man’s last meal)
The day started with a visit form the priest and the patient was then asked to swallow a drink made of liquorice, marshmallow, cinnamon, milk, rosewater and the whites of sixteen eggs. He was then positioned on the table. The patient was then tied up with long linen strips which prevented them from moving during a painful procedure which, of course, was without anesthesia.
The surgeon, meanwhile, lubricated his instruments with warm water and milk of almonds. The procedure started with the passage of a catheter. In Susrutha’s time, there was a choice of silver, gold and several other materials, but Pepys’s surgeon used a silver one. The stone was then pushed down from the abdominal side, so that it protruded into the perineum. The incision was then made just lateral to the perineal raphe, the line running from the base of the penis to the anus. The stone was then removed, making sure that all the bits were removed and the wound dressed. No attempt was made to repair the wound which healed by secondary intention. In Pepys’s time, a plaster of egg yolk, rose vinegar and anointing oils were used to plaster the wound.
The patient was nursed with his legs tied together to keep the wound tightly closed, and he stayed in bed for a week. Recovery took between 30 to 40 days; Pepys took 35. Two years later, he recorded in his diary that he had a perfect cure.
His surgeon operated on more than 30 patients that year with a perfect record. However, he had a horrendous next year (1659) when four patients in a row died. Pepys, it is recorded attended the funeral of one of them.
The stone was recorded to be as large as a tennis ball and Pepys later had a special stone case made for it, costing all of 25 shillings. He used to proudly demonstrate it to his friends.