Can Corruption end in India?

September 16, 2015
Why is the Indian polity so corrupt? Forget the fools who talk about oriental values which do not include honesty and all that sort of patronizing nonsense that the West has told us over the years. What we do follow are the values of the early modern and medieval periods where corruption was not looked down upon. In medieval times as well in early modern times, it was considered normal to “look after” your family and friends, call it a feudal value if you like. The West was as corrupt as say, India is today. The corruption of the East India Company is legendary, as was the corruption among officials of the Colonial government. The celebration of honesty is quite new, it arose in the early days of the twentieth century. Before that and even after that, England itself witnessed political and commercial corruption of a very high order and today, the banking system, is, even today, by any standards as corrupt as hell.
However, the West has moved on, they have embraced modern values which eschew corruption and are by and large a lot less corrupt than most of the second and third world, The petty corruption that is seen in every sphere of life in , say, India, is not seen in most other countries that have developed to first world status. Not to speak of India, this is true of many developing countries in Asia, Africa and South America as well which are as corrupt as the India. Singapore is the only country that comes to  mind which has, over the past 40 years or so , succeeded in completely eliminating corruption from a country where it was a way of life previous to the exertions of Lee Kuan Yew. 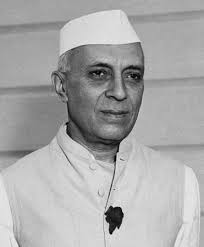 I am an admirer of Jawaharlal Nehru. Today’s Hindutwit led discourse sees him as the root of all evil: that is why they are twits, in my opinion. He converted India to a modern state and the democracy that we are so proud about and like to throw at the teeth of all our opponents, is entirely his creation: all other founding fathers of our Union would have been quite happy to dispense with these pesky voting fads. He modernized the Hindu personal law and this has made it possible for the selfsame Hindutwits to proclaim the virtue of the Hindus over the “medieval” Muslims who follow the sharia led personal law. It is amusing to remember that the shining icons of the Hindutwits resisted the reforms to a man, and also to remember that at that time it was legal for a Hindu man to marry any number of times and many so called  Kulin Brahmans married literally hundreds of women.
However, as an honest student of history, one must admit that Nehru can be justly blamed for the beginning of the culture of corruption by politicians in Independent India. He was the person who allowed Pratap Singh Kairon to get away with corruption and several scandals that broke out during his tenure were never handled and the guilty punished in the way that they deserved. This is well known, but what is not so well realized is that he was also the cause of the rampant corruption among government officials that is the  principal source of corruption today. He was instrumental in reducing the salaries of Government officials, particularly those working in higher ranks, if not in absolute terms, definitely in relative ones. Class 1 government officials in my father’s day slowly saw their pay and allowances dwindling in relation to inflation. They became unable to drive cars, so they manipulated to misuse government vehicles;  they became unable to send their children to the better schools unless they used their influence as government servants. And this led inevitably to corruption. At the same time, the power that had to influence the lives and fortunes of businessmen and industrialists went up manifold. As one of my uncle’s used to say “ you pay them like a peon and you give him the power to finger everybody, what do you think he is going to do? “ he was talking about policemen as it happens, but the principle applied to everybody in government service. The Steel frame was the first to see the possibilities and was followed in a mad scramble by all branches of the government. Corruption came and is still here to stay.
Now that we have got the Nehru bashing out of the way, are there any solutions?
I have said it earlier and I say it again, there is no point is appealing to the good sense of people, they have none. We see it in every sphere. Doctors feel that Police officers accepting bribes is crime, but their accepting favours from drug companies and diagnostic clinics is simply a perk of office. IAS officers feel that the payment for their children’s’ USA studies made by the industrialist is just a small return for all the hard work they do. One of my cousins is a contractor, he works mainly for the Calcutta Corporation. He used to tell me about the corruption in the Engineering department, I never could quite believe that it was in the scale that he claimed until the Bally incident happened. (You can read about it here).
So, to come back to my favourite quote from Lenin, “What is to be done?”
The only solution is what my favourite hate figure has said “No eating and no tolerance for eating” ( my execrable very literal translation) . Narendra Modi, for all his faults, has, in all probability, managed to cut down and basically eliminate corruption during his stint in Gujrat.  I am sure there is an element of crony capitalism, and in an industrialised world this is inevitable, but day to day corruption has now come down considerably. His stint in Delhi has been free (so far) of major corruption, though I do not know how people like Gadkari are keeping their noses clean. Perhaps the fear of the Emperor is doing it; perhaps they are up to some no good that we will come to know in the fullness of time. But let us be charitable; let us assume that he has done in Delhi what he did in Gujarat. 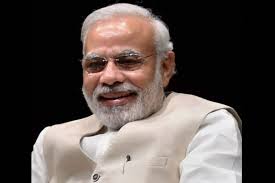 So now the zero tolerance policy must travel to the states. Here we find what appear to be insuperable obstructions. The BJP ruled states seem to be ruling the corruption list and all the fear of Modi does not seem to be working if you are a safe 500 km away. But travel it must and I am sure it will, if the centre holds.  The next step the will be in all government offices, State governments and finally the Police , which I am confident will hold out to the last. But if the corruption at the top stops, there is no doubt that the beginning of the end of the corruption culture will be at hand.  And if Modi does it, I will forgive him many of his trespasses, not that he is awaiting my approval.
corruption India

Sohini Chattopadhyay said…
Hi, this is Sohini Chattopadhyay. I am sorry to be spamming your post here, but I came across your blog post on medical college. I am working on a social history of death and dying in 20th Century Calcutta, and I would love to know something more about your experiences as a student in CMC! Please drop in an email at sohini.cal@gmail.com if you have some spare time. Thank you so much.
September 23, 2015 at 12:22 AM