Rumours of Netaji and Lord Kitchener 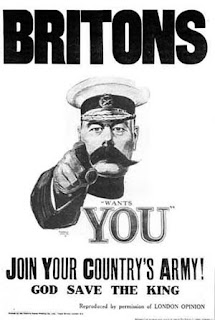 The Famous Poster
The febrile excitement caused by the release of the Netaji files has now died down. The excited yelping that had accompanied the release of some of the files seems to be over; the (distant) relatives of Netaji are no longer in the news and all is quiet until the next episode of Netajiitis. Perhaps today’s celebrations will set off another bout.
The centenary of the commencement of First World War spawned a large number of books, some of which I have read with fascinated interest. One historical parallel which had earlier escaped my notice may be of interest.
As soon as the War started, by public demand and acclaim, Lord Kitchener of Khartoum was appointed the War Secretary. On hindsight, it seems clear that while he was public relations dream (remember the posters showing him pointing to the public saying “the country needs you!” probably the most famous poster in history); he was a military disaster. He was used to colonial wars of the 19th century when British troops armed with the latest weapons of mass destruction faced colonial armies who were often armed with nothing more than bows and arrows. His success in these battles ( as Hilaire Belloc put it “ Whatever happens we have got,  the maxim gun and they have not”) , showed him up a larger than life figure and to the British public he was a demigod who could do no wrong.
Unfortunately his tactical and strategic flaws were showed up again and again in battle after battle. The disasters of the first British Expeditionary Force, Dardanelles (aided and abetted by the other great ass who thought himself a military genius, Churchill), and Somme showed him up for what he was, a washed up has been and there were initially titters of discontent which soon changed to a torrent of abuse. However, dreams die hard, and he was still in charge of the war when he sailed For Russia to coordinate a meeting with the allies. The ship he was travelling on, the HMS Hampshire struck a mine near the coast of Scotland and drowned killing almost all on board, including the great lord.
His body was obviously never found and immediately there started a popular refusal to believe that he was dead. Theories abounded. He did not die; his epaulettes were later found in Norway, proving he had survived; he was in Russia, commanding the Tsar’s army or that he was a prisoner of the Germans. These were only the less improbable theories.

One of his sisters tried to contact his spirit using the services of a spiritualist, she failed: this proved to the conspiracy theorists that he was not dead, because if he had been dead, he would definitely have responded to his sister’s call. Another theory was that he had been spirited away to the Middle East by submarine where he was on a secret mission. He had been seen disguised as a Chinese potentate. In 1917, a crofter’s wife in Orkney claimed to have seen him waving to her from a cave in which he was living (shades of Gumnam Baba).
Other variants of this story claimed that he was in hiding and would emerge when Britain had most need of him a la King Arthur. In 1922, a spiritualist claimed that he had appeared to him (safely dead this time) and told him the details of his drowning and promised to be reborn in a noble English family in the fullness of time.
There were in addition a lot of conspiracy theories regarding whodunit. The Jews were blamed as were fifth columnists, the Bolsheviks and trade unionists. All or some of them were apparently responsible for tipping off the Germans that the great man was travelling. 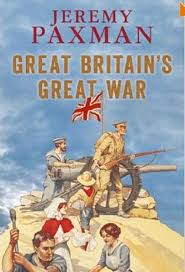 Many of the stories bear an eerie resemblance to the stories that circulated after Netaji’s death. The same refusal to face up to facts, the same insistence that “he will reappear” until physiology made this claim untenable. A historian friend tells me that the same phenomenon was seen after Nana Sahib disappeared into the jungles of the Terai during the 1857 war of independence.
Netaji. Lord Kitchener