Traveling soothes me. Ever since I can remember I liked to travel. Time was when we traveled rough and light. We took local trains, buses, stayed rough, in lodges I would not be seen dead in today, and ate in all sorts of places from which I would recoil in horror today. And then we walked. We have walked in the Himalayas; twice a year, every year for more than 20 years. We have walked in the plains; we have walked along the coast. But in recent times, my travels have become a tad more bourgeois. I mostly fly to my destination, take a car for the last mile and stay in as much luxury as I can afford. Not for me the rigours of train travel, sleeper class or otherwise.
During my trekking days, I had acquired some companions who became my bosom friends. Over the years we have all aged, some have grown old and others have died. Of the 6 of us who went to Everest Base Camp and climbed the Kala Patthar, only 4 remain. Asit da and Borda( or Mastermoshai) as we knew them have gone on to the happy climbing grounds of the hereafter. I have not been able to keep up with some others and lost contact with them. But some steadfast companions remain; we have endured too much in the mountains and elsewhere to be separated. One such companion is Swapanda, Swapan Chakrabarty. 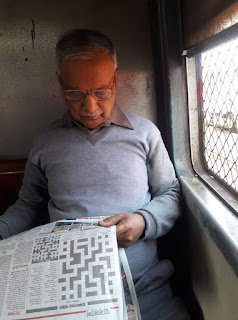 Swapanda was the geography master in Budge Budge PK High School. I am not quite sure where or even when I first met him, perhaps it was in one of the functions of Pathajatra, a trekking and mountaineering club at Budge Budge. It was certainly more than three decades ago. Out first trip together was to a rock climbing course organized by Pathajatra at Purulia. Those days (and even now) all trekking and mountaineering clubs used to organize rock climbing and nature and adventure courses with young people. This had two purposes. One was to introduce these youngsters to the world of nature and adventure. Most of them, mind you, came from comparatively less privileged backgrounds so that this was often their first exposure to a non-Calcutta atmosphere. It also helped to identify those young men and women who would take up trekking and mountaineering as a hobby and perhaps join the clubs which were always looking out more young and enthusiastic members. This was before it became fashionable to trek and climb so that the chief (and almost only) proponents of the sport of mountaineering were these impecunious clubs of West Bengal.
Anyway that was the first and then during my days in as a Medial Officer and a Junior consultant, we used to disappear into the hills twice every year, once in the summer (the so called pre-monsoon season) and once in October (the post monsoon). Swapanda has been my near-constant companion for most of these trips. In addition, whenever a long weekend loomed, we set forth, often deciding our destination after reaching the Esplanade bus station and checking which bus was leaving next. In this way, we have explored the coasts of Bengal and Orissa, the forests of West Orissa and he hills of Puruliya and the Jharkhand.
But over the past twenty odd years that I have been away from India, we could make only one trip. This was when we joined forces with others in an epic trip to cross the Tentu Pass to cross over from the Beas valley (or more properly the Solang valley) to the Ravi valley. But since then, we had not traveled together at all. 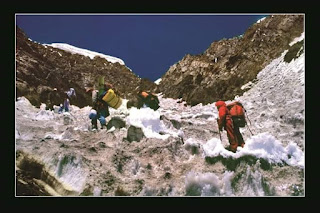 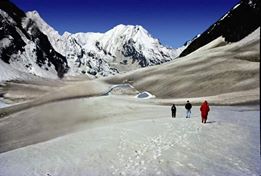 When I returned to India this year, we had planned a trip, a short one, but one that would remind us of our adventures of the past. Adventures were in our past, this was to be more sedate, but still unscripted journey which would take us where our eyes took us as the Bengali saying has it. And so on the 26th February, (this was before the Covid 19 had us in its grip) I picked up Swapanda from Maniktala in a taxi and reached Howrah station. The Howrah Station remains as it was, some parts are perhaps a little more lighted up and there seem to be plethora of food courts ( all always crowded), but the new ( to me) display system was, as expected, well behind the times. I mean that it directed us to a platform to catch the Midnapur Local and when we got there it had long departed.  So we did what the natives do, hung around at the concourse, blocking everyone’s passageway as we waited for the announcements which were much more relevant and accurate. The train that arrived for us was about 20 minutes late but nice and empty and we could take our seats at the windows.
There was a time in my life when I was a “daily passenger”. I used to travel from Budge Budge to Sealdah and then join the throngs that walked down Bowbazar Street to Medical College where I was then posted.  We had a specified compartment which we boarded everyday and a camaraderie developed among all of us going the same way, one that transcended class and community. I cannot say that it was all love and roses, we had some nasty types who would be willing to get into a fistfight over the right to sit on a particular seat as well, but most were friendly, helpful and amazingly cheerful despite the discomforts of the journey. And it was uncomfortable. At that time there was a single line between the Brace Bridge station and Budge Budge and for some reason that I was never able to fathom, any train that reached a station and had to wait for the crossing train to arrive, did not leave when it arrived but had to wait until the later train had left. These crossings filled us with dread especially during the summers and monsoons when the train was filled with perspiring people packed like sardines. There was something called a “Gola” which the arriving train used to deposit to the station master and only when some esoteric procedure was followed with this gola that the waiting train was allowed to leave. Not surprisingly the 25 odd kilometer journey took a solid one hour and sometimes more than that. Later, a more modern signaling system was installed which removed the gola issue and then the trains used to depart a lot faster, but the single line issue remained. There was an ongoing project to “double“the line, but this was not a priority. In one Railway budget, we learned to our horror mixed with amusement, Rs 1000 had been allotted for that year to this project. This was, I came to know later, a bureaucratic device especially thought up by the great Indian administrators by which the political leadership could truthfully claim that the project was being implemented, but actually effectively killing it. I hope that now, about 20 years later, the project has been completed!
Be that as it may, the actual compartment that we boarded had one new feature. There was a digital display that informed us of the next station and there were also announcements about the incoming station. This being the South Eastern Railway, the compartments were slightly better maintained though the cleanliness remained at the same level as I had last seen 20 years ago. For this, the blame must be placed at the door of the passengers who, I noticed, had kept up the time-honored tradition of dropping peanut shells and packets on the floor of the compartment. Needless to say, there was no cleaning of the compartment before the train left at 9.10 AM for Midnapur.
( to be continued)
Local trains travel