How do fish migrate to isolated lakes?

One biological mystery that has engaged biologists for centuries is the question of how isolated water bodies come to have fish. If they are isolated, they should be devoid of fish life, right? After all fish do not fly nor do they walk overland. How then do fish reach isolated lakes of water?

One of the commonest methods is by human interference. Humans stock water bodies with fish and once they are there, the fish can breed, undergo evolution and carry on normal biological processes.

But where there has been no human interference, the problem is a little more difficult. Let us discount floods that wash fish species from elsewhere to an isolated lake and concentrate only on biological processes.

One common theory was proposed more than a century and a half ago by the likes of Charles Darwin, and Alfred Wallace, and several others. They suggested that fish eggs could travel as passengers on the feathers and feet of aquatic birds from one water body to another. This was suggested as a possible mechanism for the population of fish in isolated lakes. The problem of this theory was that a systematic review done in Basel in Switzerland in 2018 suggested that there was no evidence whatsoever that this actually happened. (1) 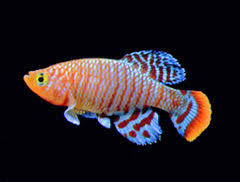 What then could the method of dispersal be? An experimental study published in PLOS may have some answers. One method that had been discovered for at least some fish was that the eggs were carried in the alimentary tracts of the birds and then when excreted the eggs maintained their viability and hatched into fish larvae. This ability is called endozoochory. Endo meaning inside, Zoo referring to an animal species and Chory meaning dispersal. Thus the dispersal of seeds or embryos by an animal which has ingested it. This is a standard and common method of seed dispersal by many species of plant life and has been demonstrated repeatedly. But can an egg, or an embryo survive the hostile atmosphere inside the gut of a bird? Scientists were extremely skeptical. 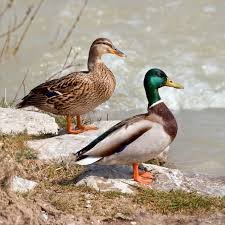 In 2019, Siva and his colleagues showed that at least one species of fish, the killifish could be dispersed by coscoroba swans. However these fish have some adaptations that help them to survive in the gut. Killifish are known to enter diapause, a state of suspended animation in unfavourable environmental conditions during periodic droughts and they have evolved a specialized chorionic membrane that protects them from low oxygen levels, hyper salinity or dehydration which would kill any other egg.

But most bird eggs do not have such a soft membrane. Could they survive the dangerous passage in the intestines of birds? 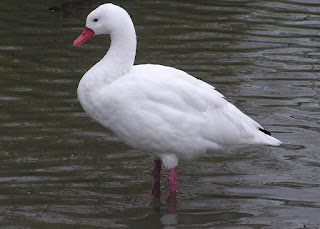 It turns out that they can.

In a recent paper in PLOS,(3)  published in June this year, it has been experimentally shown that fish eggs or embryos can survive in the guts of water birds. Mallards were fed with the eggs of the common carp and Prussian carps and their feces were collected at specified intervals to examine whether the eggs were being passed and if so whether they were viable.

It was shown that eggs do survive. The percentage of eggs that survive and can be hatched are low, as low as 0.2%/ However considering that mallards (and other water birds) are known to ingest vast quantities of roe, they may form a significant number when large numbers of waterbirds congregate at a water body. Thus, even fish eggs which do not have special protective mechanisms can be dispersed by birds.

This has suggested that a long-lasting debate may now be brought to a close. Birds, we knew were essential for the propagation of many plant species. Now we know that they also can transfer fish from one location to another.

siva said…
You have done a great job. I will definitely dig it and personally recommend to my friends. I am confident they will be benefited from this site.
rizbuz
February 26, 2021 at 1:43 PM