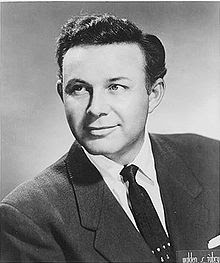 July 31st is the 46th Death anniversary of one of my favourite singers. He was perhaps the first of many entertainers who died in a plane crash and he was just 40. In the fifties and the early sixties he strode the music scene like a colossus and was known by all and one as “Gentleman Jim”. I refer, of course, to Jim Reeves. I am not sure whether anybody listens to him nowadays, but I certainly do. Fortunately CDs of his songs are available and I wallow in nostalgia of an occasional evening when he brings back memories of so many girls who I thought I had loved and of heartbreaks that I had thought I had forgotten.

Jim Reeves was a true blue Texan, born in a small village near the central Texan town of Carthage. He played semi professional baseball for a while before attempting to enter the world of music. Those were the days of crooners like Frank Sinatra and Bing Crosby and he was heavily influenced by them. The story goes that he got his break when the invited singer in a radio show did not turn up and he was invited to fill his place. He grabbed this chance with both hands and the rest is musical history.

His first hit was “I love you” which was a duet with Ginny Wright who was another country singer who rose to fame in the fifties. However he really came to his own with his trademark style of singing softly, with a low pitch and he began to sing major hits like “Adios Amigo”, Welcome to My World and “ Am I losing you” He was a great favorite in the Indian subcontinent and it is claimed that he was the most popular English language singer ever in Sri Lanka, He was even more popular abroad that he was in his own country and successfully toured Europe and South Africa .
Unfortunately his short life came to an end prematurely when he along with his business partner Den Manuel crashed his Beechcraft Debonair aircraft in a violent thunderstorm. His funeral saw a huge turnout of fans who wept as his cortege was driven to his hometown for the burial.

I first discovered Jim Reeves well after his death in the late sixties. He was first introduced to me by some of the Anglo Indian fellow students in my school. He was also a favourite choice in Musical Bandbox , then a flagship programme in Aakashvani’s Calcutta B. Does it still exist, I wonder? Later I heard his spiritual numbers of which “May the Good lord Bless and keep you” remains a firm favourite to this day. His Christmas songs are some of the best ever sung and he evokes the spirit of the Nativity in a way that few people can.


I sometimes wonder how many more songs he would have gifted us if he had not died so early. However the songs that he has left behind are, to my mind, some of the best of American Country music.
You can hear some of his songs here.
Country Music Jim Reeves

Nipon said…
It is through 'reflections' like these that Jim Reeves will live on!

I am not much of a country listener. That doesn't mean that I won't start listening to country some day. I have been on long rides on Johnda's car several times and he is a country fan. Those rides with the soft country music playing are worth cherishing.

Swapan Kumar Sen said…
I have an old disc of Jim Reeves. My turn table has conked out and is perhaps irreparable. Yet I could not throw away the disc. Everything perishes but not the memory of the golden voice. How can I forget,
"Put your sweet lips, a little closer to the phone,
Let's pretend, we're together all alone.
I'll tell the man to turn the Juke Box way down low,
Should I hang up or will you tell him, he'll have to go."
-Swapan Sen
August 30, 2011 at 2:36 PM