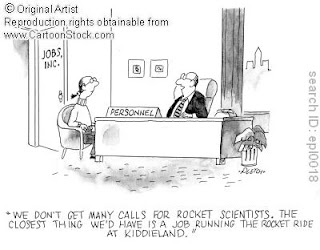 Now that I work fulltime in research I am beginning to have a clear idea of how the research establishment works and what it actually does. Research is today a holy cow. All emerging economies are told that the reason why the US and other major economies outpace us is their lead in innovative research. And this is undoubtedly true. Most of the world’s new discoveries which later become blockbuster commercial products are born in the US or in Japan. I cannot think of any Indian or even Chinese discovery in the last 50 which became a product in wide use. Thus, the mantra goes, you must spend money on research , particularly on the cutting edges of new scientific discoveries or risk being left more and more behind.
India is slated to spend 2% of its GDP on research by 2012. This means a mindboggling sum of money and the Department of Biotehchnology, Department of Science and Technology and various others are flush with funds and grants are being written and sanctioned like there was no tomorrow. However, my experience, short as it has been has raised several questions on this issue.
One conclusion that I have drawn is as follows
Most of the research done is of no consequence. Take stem cell research which is my field. There are large, hugely funded laboratories in major medical institutions which do research, the chief purpose of which appears to be to be able to publish papers. This is a laudable objective, but scarcely the reason why the money is being spent. Most of the research goes nowhere; being untranslatable to clinical practice and indeed most of the research never intended to move from the laboratory to the clinics anyway.
Those of my vintage will remember how we used to read in the news papers, with monotonous regularity, stories of miracle cures of Diabetes, hypertension and other chronic diseases from a University in the southern end of Calcutta. The news was always a seven day wonder and having got the researcher some publicity, a free trip to an international conference and perhaps a few publications, the hype died away only to be replaced some months later with another one. Some may remember the brouhaha a few years ago about arsenic in the water supply of southern Bengal. There were apocalyptic stories, scenarios were painted of a large percentage of the population of South Bengal being afflicted with malignancies , and the numbers of people afflicted increased from an initial few thousands, to a few millions, and then to hundreds of millions until I lost count. Many a research fortune was made in this phase. Conferences were held ( I was a participant in one such conference myself), papers were read, vast amounts of money was poured into technologies to ameliorate this issue. And suddenly, as fast as it had come up, the issue disappeared from our ken. Has arsenic disappeared from the groundwater of Bengal? I presume not. Has arsenic became non poisonous? Not so. But what has happened is that research funds have dried up and well it might seeing that the research that was done offered no solutions to the problem and that the problem was vastly exaggerated in the first place.
Just look at some of the prominent medical journals. All the research published there nowadays appear to be related to the use of some new device (paper sponsored by the company which made it) or a new drug (same applies). The device is designed to reduce the incidence of a complication which occurs at a frequency of never to once a year and the drug is treating conditions which have fifteen excellent alternatives already. No surgical journal will accept or publish any research on the easiest way of sterilizing equipment without using expensive chemicals, nor would it find any space for a paper that suggests that a particular surgical procedure is unnecessary.
On rereading the above, I realize that I am guilty of hyperbole,, but I think that there is more than a grain of truth in what I have written. The research establishment needs a complete overhaul and more meaningful and focused research is needed. Alternatively we will find at the end of the day that we have spent millions of crores on a chimera and the only beneficiaries are some so called scientists who will be left laughing all the way to the bank.
Research science

Anonymous said…
Some Comments on Facebook:
Bipasa Bose:
Even I participated in one of the conferences held in IICB in 2003-An International Conference on Arsenic poisoning through underground water of West Bengal.

In fact, in research scientists are not at all motivated to give back to the society, rather it is how big the grant is so that more people can be hired. Many of the times the PI of the lab, just writes the grant and does not also know the science behind the project. Also, it is some kind of ego boosting of the scientist/PI -how big grant he/she got, how many people he/she hired and how many papers are written etc.
March 24, 2011 at 8:31 AM

Anonymous said…
Some More;
Indrani: Apuda, elaborate, would love to hear about this topic.

Kalpana: "INTERESTING !!! Heard another friend who is an oncologist from Calcutta( who is doing research here) say the same but thought she was being cynical but your article gives an insight into another side of research which most of us normal people NEVER get to see !!!!"
March 24, 2011 at 8:32 AM

Suhana Ansari said…
This comment has been removed by a blog administrator.
March 25, 2011 at 7:44 PM

Anonymous said…
Riddhwi Mukherjee in Facebook: I do agree with you on certain aspects of what you have mentioned but there is also an extensive amount of translational research that goes on. Having been part of it, I feel though a portion of it is driven by big pharmaceuticals yet a vast majority of it (most of it happening in big Universities) is driven by the motivation to bring a better, cheaper alternative therapy to the market. Having said that, I do agree there is always those people who pursue a self deluding research which never can be translated into quantifiable gains/outcome, yet they do get funded. You can always make the argument that basic science research for just the sake of science is also necessary to add to the vast reservoir of scientific knowledge but if it doesn't enhance the current understanding of science it is pretty much useless and just remain as a vestigial remnant of some ill-thought funding venture."
March 30, 2011 at 8:52 AM