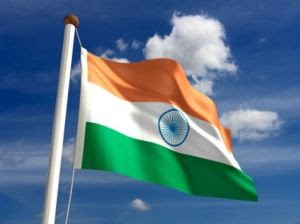 It is fashionable for the media in India to put on long faces and bemoan the difficulties that the country may be going through especially during the run up to Independence Day and Republic Day. As my readers may have noticed I am an incorrigible optimist and I feel that over the past 40 odd years that I have been following political events, I have never failed to read a host of articles that prophesied doom for India during this time. Unfortunately for the Doom sayers and fortunately for all the rest of us, India is alive and doing reasonably well, thank you very much.
When I first started reading newspapers in the sixties, they were saying that we would starve to death in a few years time. Far from it, we became self sufficient in food and it became possible for us to waste foodgrains by keeping it rotting in inadequate storage areas. Then in the seventies, corruption was going to make us collapse and we were lost as a democracy, Unfortunately (for them) we overcame all that and since ’77 we became an even more vibrant democracy with a veritable explosion in both English language and vernacular media outlets. In the eighties we were going to break up into tiny little bits, but OMG, we did nothing of the sort. In the nineties, the economy was doomed and religious wars would be the death of us. On the contrary, the nineties and the first decade of this century became India’s growth decades which changed the face of India. Now, we are again faced with the specter of corruption which, they say, will finish us as a stable entity. I confidently predict that we will do nothing of the sort and will muddle through as usual.
There are problems galore, there always were. But I think that by now, 64 years after Independence, the media would realize that none of these problems are going to bring us to our knees. We will shout, yell, lose some opportunities, and grasp some others, win the World Cup and promptly, lose our No 1 ranking in Tests, but we will go on until we reach the top position in the world. This is our destiny and we will reach there. I may not be around to see it, but my daughter and all my students definitely will.
So this 15th August, just ignore all the Cassandras, and celebrate the Sara Jahan Se Accha, Yeh Hinduatan Hamara!