What A Horrible City ( and I am not talking about Calcutta) 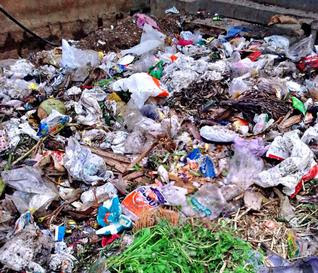 Calcutta is known worldwide as a terrible place. The infrastructure is crumbling, there are no proper roads, and the transport system is in a mess and so on. And how has this impression been carried all over the country and the world? Mainly by the efforts of the Calcutta newspapers, media and the self disparaging denizens of Bengal.
I was recently in Bangalore for a short one day visit. I flew in on a Sunday and out at midnight on Monday. I now often have to visit the city mainly for business purposes. I have always been of the opinion that this most favoured of Indian cities (in the media) is actually one of India’s worst. And this visit firmly confirmed these impressions.
It was raining heavily as we disembarked at the airport, admittedly a nice place, though not really nice enough to be voted the best in Asia or something as was heavily reported in the newspapers recently. The rain poured down as my car took me towards the city and the nightmares began. The roads: even Patna would be ashamed of such roads, potholed, lacking proper lighting, all the markings faded and because of the monsoons, small flood s everywhere. The driving is atrocious, all the cars horns blaring trying to literally push everybody else out of the way and totally oblivious to the plight of the pedestrians.
Near the Manipal hospital where our Bangalore office is, is one of Bangalore’s biggest refuse dumps. There are many close competitors, but I think this one is if not the biggest, definitely the smelliest of them all. A couple of buffalos grazed, having a light supper on the rubbish and the high tech city was shown to be actually an overgrown village.
The current went off twice at night , and the hotel generator came to life, the nise penetrating deeply even into the hermetically sealed room in which I was staying, I wondered what the denizens of neighboring flats thought of it.
I wonder why then, does Calcutta get such a bad press. When we first had load shedding in the seventies, the press from all of India went to town over it. There were special articles in newspapers and magazines, our probashi friends used to condescendingly smile at our plight. Now it turns out that, as usual, we were only doing yesterday what the whole of India is doing today. Delhi’s power hassles are legend; Mumbai starves the entire countryside and even then is unable to provide power to itself and Bangalore, Ha!
I think that the Telegraph in particular owes an apology to all of us. It led us to believe that we inhabit the boondocks of India while everybody forges ahead. That Calcutta is a better place to live in if you do not feel that Malls are the measure of Human evolution., we always knew, but even infrastructure wise, I think it is time that somebody assured us, that the so called bright lights of Bangalore are not so bright after all.
It is time that the capital of the Old Empire strikes back! My vote for Calcutta!
Bangalore City garbage

Kolkata has been rapidly shaking off the reputation it had in the 1970-2000 era. It is no longer viewed as a dirty city. The city does have a traffic sense that is unique to itself, but it is one that is predictable, and one that the Kolkatans have learned to factor in. With the new government desperately in need of proving a point, there seems to be some hope ahead.

Bengaluru on the other hand has spent all of the last decade digging its own grave. The traffic and the condition of the road have made it impossible to have any idea of how long it will take to reach from point A to point B. 20 years back, one could walk along MG Road during the day time without feeling suffocated. Now, it is impossible. The politeness of the city too seems to have disappeared with time.

I have lived in and loved living in both these cities. It is sad to see them change this way. I made Hyderabad my home more than a decade back, but now with the emergence of divisive forces putting all other matters on the back burner, it seems it may be a matter of time before another beautiful city turns ugly.
October 13, 2011 at 6:10 PM

Anonymous said…
Gurumurthy Bhargava wrote:
what u have observed is the state of affair of each and every city of India.Instead of seeking solace by saying my city is less filthy than yours. Lets do something to the city we love kolkotta or benglaroo, lucknow or jaipur,mumbai or delhi. After all mera bharat mahan !
October 18, 2011 at 9:55 AM

akdcts said…
the issue was not whether your filth is better than mine, it was the media coverage of Calcutta vis a vis other Indian cities that I was mainly talking about. God Knows that I am calcutta's biggest critic, but I wonder if we should be shouting so much at the top of our voices about our deficiencies when everybody else hides their shit under the carpet!!!
October 18, 2011 at 9:55 AM