Calcutta Must Shine by Vivek Sengupta.

March 05, 2012
This article was published in Pragati, The Indian National Interest Review. http://pragati.nationalinterest.in/ This free magazine discusses strategic issues related to India. The articles are often very thought provokimg. This article is from its latest edition. The original artilce can be read here. 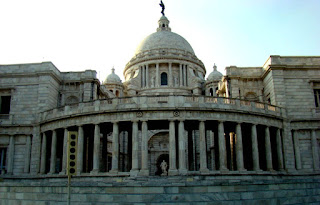 Calcutta, it bears repetition, was once the second city of the British Empire. In formal terms, its decline began in1912, when the Raj moved its capital to Delhi. Exactly, a hundred years later, the West has symbolically snapped its last link with the city, with Lufthansa, the only remaining western carrier to service it, announcing the discontinuation of its Calcutta-Frankfurt flight. In 1959, Calcutta became the first Indian destination for Lufthansa, ahead of Delhi and Bombay. In 2006, the German carrier re-asserted its faith in the city by starting a Calcutta-Frankfurt non-stop flight, declaring that the city had been identified as a “high growth area with immense potential.” The potential appears to have been belied. Lufthansa has now said, Goodbye, Calcutta— until market conditions improve. The announcement has come as a huge embarrassment to the new state government of the Trinamool Congress, whose representative, Saugata Roy, is also Minister of State for Urban Development at the
Centre. He was all set to inaugurate, later this year, the state-of-the-art new terminals at the airport, which will increase passenger handling capacity many times. All he could say now was “It is an ominous sign… I really have no answer to the question on what do we do with an airport with much better facilities but not enough passengers.” Ominous sign indeed. Once the business and industrial capital of the country, Calcutta, “filthy, gorgeous”, as the New York Times describes it, continues to suffer from chronic decline. In 1985, a neophyte Prime Minister raised a furore by describing Calcutta as a “dying city.” That appellation has stuck and is often recalled by commentators even three decades later.
Calcutta’s obituary has been written many times since 1912: In 1947, when Independence for India meant the vivisection of Bengal and the loss of Calcutta’s jute growing hinterland to Pakistan; in 1956, when the introduction of the infamous Freight Equalisation Policy caused the loss of comparative advantage for the Ruhr of India; in the 1970s, when widespread labour unrest, spawned by left
militancy, caused deindustrialisation and capital flight; and in the ’80s and ’90s, when the Left Front Government in Bengal focused on rural regeneration through land reforms and panchayati raj, turning a blind eye to Calcutta’s woes and causing an exodus over a period of 20 years of middle-class talent
leading the novelist Amit Chaudhuri to write, “It seems that every Bengali bourgeois’destiny is to be a pravasi”).
But somehow, the city has soldiered on. In Ghalib’s classic phrase, Maut aati hai, par nahi aati. Reports of Calcutta’s death, like those of Mark Twain’s demise, have been greatly exaggerated. The dying city refuses to die. In fact, in the last decade or so, there have been green shoots of revival—the upshot of the Left Front’s efforts to right the wrongs of the past. It focused attention on the long-neglected
city. Calcutta saw the mushrooming of high end housing projects, five-star hotels, glitzy shopping malls and flyovers. Perceptions about the city began to change. One Delhi based columnist, who described himself as “an economic refugee” from Calcutta, wrote: “Dead city walking? It’s a lot more than that.
There’s a business-like buzz about the City of Joy.” 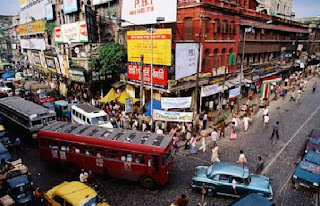 Anonymous said…
Any thoughts on the recent Modi move to renew trade ties with Bangladesh and other South East countries?
June 2, 2015 at 9:18 PM