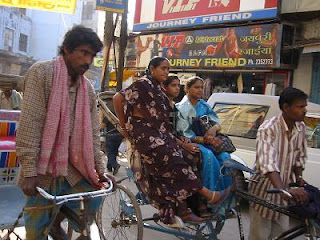 Around 4 years ago, I had written a blog post suggesting some solutions for the public transport situation in Siliguri. Recently, Nipon, he of the Nipowave and Bong Buzz fame, sent me a write up on his suggestions on the same topic which i have appropriated for this blog post. I have his permission. I also append a comment that Dr John Sinha, Nipon’s friend made on his post.

Siliguri is a small but very important city considering its strategic location - being an important tourist transit point as well as the heart of North Bengal. But it will rank nowhere in the top list of small cities of India. In fact, it is a town at best, far from a city. I am sure that mere population doesn't make a city. A city needs some amenities which I am afraid are lacking here. Public transport being the worst! Even friends staying in Siliguri since birth find travelling from Hakimpara to Pradhannagar tiresome and "the distance too much". Without a decent transport system, Siliguri can never grow.

If cities like Pune and Ahmedabad can beat Delhi, Mumbai and the likes in being the best cities to live in, I wonder why cannot Siliguri? I know comparing Siliguri to these Pune or Ahmedabad is a futile exercise but why not! While there is no IT or any other major industry here, there is no dearth of wealth in Siliguri thanks to the huge volume of traffic and freight it handles. It should well be in the top league of cities in the country.

The ugly and noisy shared "city autos" running in fixed routes form the lifeline of the transport system of Siliguri. The passengers have to jostle for space as 4 people have to seat on a seat comfortable for three. Autorickshaws are few in number and run mostly on "reserved" basis. To "reserve" or book one of these city autos or autorickshaws is an ordeal. The vehicles have no fare meter and the driver will demand an absurd sum and bargaining the fare down is an exercise in patience. For smaller distances you have the rickshaw which offer a pleasant ride but can lead to unnecessary haggling. More often than not, you are forced to take a rickshaw even for not so small distances because of a lack of alternative transport.

I was in Pune recently and I was really impressed by the transport there. Transport from the airport into the city was a breeze thanks to a radio cab service which I booked in advance. Entering Siliguri after arriving at Bagdogra airport, on the other hand, is a harrowing experience as you need to bargain with the autos (the radio cabs in Pune are metered and there is no question of bargaining). There should be a cab booking service here. I am sure the huge volume of tourists, businessmen and professionals moving through Siliguri will make such a service commercially viable.

What Siliguri needs is introduction of metred autorickshaws, just like other metros outside West Bengal. Given the economic propsperity of the town, I am sure there will be enough takers for metered autorickshaws. Only this can improve the transport situation in Siliguri.

Being one of those born and brought up in this sleepy town, I feel the original character of this little town, as I have known it, has changed little over the last three or four decades - until recently. You see, the town had its own paras, each one with their own little community, usually a small club run by the local lads, which in the course of time would turn into a den for present-day extortionists and mastans. There was always a market close by. People from Hakimpara and Ashrampara would frequent Bidhan Market, whereas the Marwaris mainly residing in Khalpara and Mahabirsthan would have their own little market next door. Salugara, where I live, was officially and practically a village - we had no electricity for many years and have spent many winters reading by the light of the kerosene lantern and hurricane lantern. There was little need to travel distances. The babus that worked in govt offices and private godowns would pedal the good old bicycle. We would go to Bidhan Market perhaps once a month to buy the supplies for the entire month. Without the need for people to travel, local intra-town transport never developed.

Secondly, Siliguri is the place where people from the hills come once in a month or two to buy their dry rations. So these visitors were easy victims for the rickshaw-walas to charge Rs 50/- where Rs 10/- is due. Plus the tourists pouring in from New Jalpaiguri. Here, a ten-rupee fare would jump to a hundred or more. And that is how the extortion fares came about. Also, the refugee problem, if you dare to call it one. A large percentage of rickshaw pullers come from across the border from Bangladesh, the first job is often of a rickshaw puller. It requires no training, no investment. Little responsibilities and no liabilities. You try to jack off as much as you can off the passenger. The same logic extends to the autowalas. Drive rash and extort is our motto!

To change the town transport for the better would mean involvement of the government. That would mean they would have to rub these autowalas and rickshawalas the wrong way. Many of these are the ones that pour in across the border and becomes Indians in due course (voters cards et al)...the vote bank. Would any government risk that? Hard to say.

Also, the mobile nature of the bulk of the passengers makes it difficult for the passengers to enforce change. Tourists are here for a day. The local people haggle, but in the end of the day as long as the autos and rickshaws are making merry, it does not matter.

You can access some more suggestions on transforming Siliguri here.

Nipon said…
Thanks for posting this. The best part about Pune is the city is very clean. There are no hawker encroachments on the pavements. Roads are in perfect conf. The city administration is ever busy building new roads, widening existing roads.

In striking contrast to Bengal politicians, the policy-makers there actually have the urge to develop their city. That's what makes the big difference.
April 10, 2012 at 8:35 PM

Nipon said…
Thanks for posting this. The best part about Pune is the city is very clean. Roads are in perfect condition. The city administration is ever busy building new roads, widening existing roads.

In striking contrast to Bengal politicians, the policy-makers there actually have the urge to develop their city. That's what makes the big difference.
April 10, 2012 at 8:37 PM