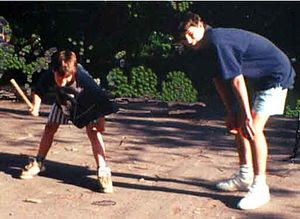 When I look back n my childhood, the times I seem to remember most fondly are the summer holidays. Six weeks of no school, warm afternoons when most adults slept and you were free to do what you wanted. Living as we did in a “colony” as it was known in those days, (today we would call it a housing complex perhaps?) we had friends aplenty so that we were rarely in want of company.
Our games were extremely serious, often leading to fisticuffs and long periods when bosom friends turned to foes. We played cricket, football and hockey, we swam and cycled and we played other games which have today been largely forgotten, even in the rural setting s where some of them originated. I can think of three games that I have never seen any children play in recent times, but which we played with gusto.
Seven tiles was a game in which you built a minitower of flat stones, seven in number. One team used a rubber of tennis ball to try to knock this over, throwing the ball from a fixed distance. If one of the players succeeded, the opposing team was supposed to try to hit the members of the first team with the ball while they dodged. If they succeeded in hitting somebody , that player was out. The first team in the meanwhile was to try to reconstruct the tower again. If they succeeded before all the players were struck out, they won, and alternatively the other team did. Later the teams switched positions.
One variation of this game, which was very popular in my school, was called bombarding. Here there were no tiles, all you did was divide yourself into two teams and try to use the ball to hit members of the opposing team as hard as you could, each strike counting as a point. The point was to bombard as hard as possible; raising a bruise was very important! 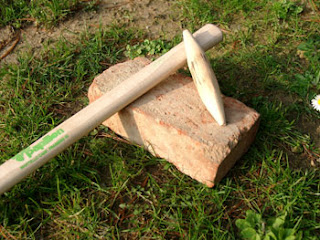 Gulli danda, known as dangulli in Bengali was another game that was very popular. In rural India it was seen everywhere, now I do not see it so often, in fact in my wanderings in North Bengal villages, at least, I do not recall having seen it at all in recent times. The game was played with two pieces of wood. One was a two foot length of wood, fashioned like a stick, called a danda. A second was a smaller piece, maybe 3 inches long, whittled at both ends to give it a point. The idea of the game was to hit the smaller (Gulli) with the larger stick (danda) so that it rose in the air and then to give it an almighty whack to send it as far as possible. The other players playing the game would be fanned out, their job was to try and catch the gulli. If they did, the striker was out and somebody else took a chance. If they did not, the distance that the gulli went was measured as a multiple of the length of the danda which was used as measuring rod. Whoever hit it the farthest won. . The game has been claimed to have been played in India from pre Mauryan times and variations of this game are played all over the subcontinent, and as far afield as Cambodia. However, as I said, it seems to have decreased considerably in popularity and may , I fear soon become extinct.
The third game that we played was marbles. Marbles, I am informed by Wikepedia , originated in the Indus Valley . We used to have a set of marbles and two or more could play the game. One made a sort of depression in the ground with one’s foot and all participants used to try to project the marble using the middle finger of an extended palm to try to make it enter the depression. If you did, you got the chance to now hit one of the other marbles; success meant that the marble was now yours. There were many other variations and rules which I have now forgotten, but as far as I can recall this was the basic rule. Dexterous players could end up with both his shorts pockets bulging with his gains. Others were forced to beg some more money from their mums to buy more. 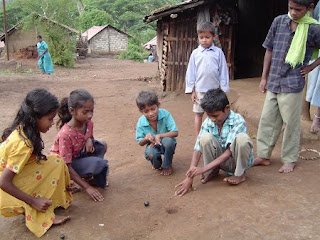 I do not think anybody plays marbles anymore. Do boys carry marbles in their pockets anymore? I do not seem to see them sold in the markets as we used to see in our younger days. Boys have changed, and so have their games.
( All pictures courtesy Wikipedia)