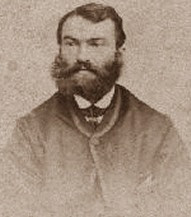 Parkinson’s disease is an affliction of the nervous system that leads to tremors and difficulty in walking, movement and coordination. One of the commonest neurological disorders of the elderly, it is now treatable by a wide array of medications and surgical techniques, though the results leave much to be desired.
The eponymous describer of this disease was a remarkable English apothecary and surgeon, Dr James Parkinson. Born on April 11, 1755 at 1 Hoxton Square, in the parish of St Leonard’s which still stands and in which church he was baptized, married and was buried. , His father, John, was an apothecary, surgeon, and anatomical warden in Hoxton for many years and lived with his wife (James’ mother) Mary in this parish.
James Parkinson studied at the London Hospital Medical College for six months when he was 20. He was then apprenticed to his father for six years and qualified as a surgeon in 1784 when he was 29. A year and half after becoming a medical student, James became an honorary medalist of the Royal Humane Society for having assisted his father on 28 October 1777 in
using resuscitation methods on a Hoxton man who had hanged himself. When his father died in 1784, James took over the large, busy and lucrative practice and saw patients from his office near his residence. In addition he served as the physician to a local private insane asylum for more than 30 years.
He obtained his diploma of the Company of Surgeons in April 1784, shortly after his father’s death and was elected as Fellow of the Medical Society of London in 1787 after the delivery of his first paper, “Some Account of the Effects of Lightning” describing the dermatological and neurological sequelae. Subsequently he published a large number of works which speak of his breadth of knowledge and keen observation.
On 21 May 1783, he married Mary Dale, with whom he subsequently had six children, one of whom John William became a physician. He also assisted his father and was succeeded in the practice by His son James Keys, thus nurturing a father to son tradition that spanned almost a century.
His first publication was “The Hospital Pupil “(1800), in which he recommended a “sound liberal education” for medical students including the study of Latin, Greek, shorthand, and drawing. This book was written as series of four letters to an anonymous friend whose son has decided to study medicine. In contrast to the traditional medical system of apprenticeship and lectures, he recommended the following curriculum: anatomy, natural philosophy, physiology, chemistry, physics, French and German in the first two years; clinical lectures during the third year; morbid anatomy and clinical work during the fourth year; and clinical work as a dressing pupil and lectures during the fifth year.
However it was the publication of the book “An Essay on Shaking Palsy” that made him posthumously famous. In this book published in 1817 by Sherwood Neely and Jones of Paternoster Square, he gave the first systematic description of the disease that later came to bear his name.
A short book, (it has just 66 pages and a preface of 4 pages and only 5 chapters) it described 6 cases accurately and with a wealth of detail. One description is worth quoting. One of the patients demonstrated the typical detail that the tremor disappears on purposive movement by “ being then just come in from a walk, with every limb shaking, threw himself on a chair and said “now I am as well as ever I was in my life” The shaking completely stopped, but returned in two minutes time” ( pg 17) . The book ended in a tone of optimism saying that “there appears to be sufficient reason for hoping that some remedial process may ere long be discovered”. Alas it took more than a century to develop the first effective drugs to treat Parkinson’s disease.
The book did not at that time create a huge stir, it was, Jean Martin Charcot, (of Charcot’s disease fame) who fully recognized the significance of
James Parkinson’s work some 60 years after An Essay and it was Charcot who called the condition ‘la maladie de Parkinson’ for the first time – Parkinson’s disease.
However this was not James’ only claim to fame. He was a founder of scientific paleontology. He wrote several books on geology, and was also one
of the 13 founder members of the British Geological Society, which still exists . He was also an enthusiastic member of several other scientific societies and named one of the earliest dinosaurs that his friend Rev Buckland discovered. 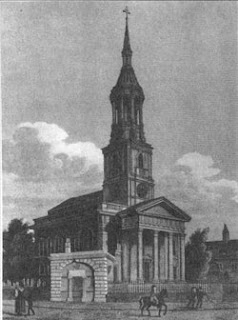 Perhaps even more importantly, he was a social reformer. Living in an age when the lot of common men in England was really pitiable, he wrote a series of pamphlets under the pseudonym of “Old Hubert” he wrote a series of pamphlets that criticized the political system of his day. This was the time that the notorious King George III reigned and the common people were deprived of all rights to political representation and apparently had only the right to be taxed. He highlighted the need to represent common people in the House of Commons and asked for universal suffrage; he also spoke of the need for education for the poor and need to care for the sick and elderly. In many of these issues he was far in advance of his time.
However his political activities nearly led to his imprisonment and deportation or worse when he was implicated in the bizarre “ pop gun plot” where five members of the London Corresponding Society of which he was member were accused of planning to kill the King at a London theater by shooting poison darts at him. This plot was later proved to have existed only in the fevered imagination of one of the members of the society and James Parkinson, at great personal risk took a leading part in the defense of the accused in the Privy Council . His role was later praised by the Privy Council itself.
He died, aged 69 on December 21, 1824 at No. 3 Pleasant Row, Kingsland Road, Hoxton. He suffered a stroke which affected his speech and use of his right side and died 3 days later. He was buried in the churchyard of St. Leonard’s. Unfortunately his burial site is today not known.

( The pictures are of James Parkinson and St Leonard's Church: all images courtesy Wikipedia)

Anonymous said…
Gurdip Singh Flora commenting on Facebook: "A very enlightening and informative article on one of the pioneers of modern medicine. I am looking forward to an article on William Osler, the father of modern medicine. Having worked with the likes of Ganz, Rahimtoolah (famous modern day cardiologists), Sharma (Sarcoidosis), Telfer Reynolds (Hepatologist supremo who worked alongside Dame Sheila Sherlock), Alexandra Levine (HIV/AIDS and AIDS related hematologic malignancies) I have an idea of how passionate these pioneers are. But the personalities from the era where astute and careful observation along with attention to the most intricate clues and findings in the discovery of a previously undiagnosed or unknown condition requires an understanding and genius that is rare in this era. Keep them coming Anjan!"
June 20, 2012 at 1:26 PM

Unknown said…
My uncle had Parkinson’s disease and it was actually hard to watch in such a state. A proper treatment should be followed to cure it.

Anonymous said…
Sorry to inform you but there is NO know photo of James Parkinson, as he died before this type of photography was invented.