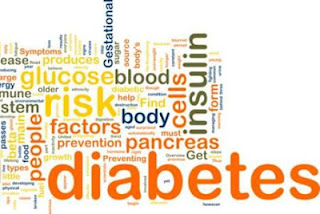 This is an excerpt from a speech by Ms. Geralyn R Spollett, American Diabetes Association (ADA,)President of healthcare and education, during ADA’s 72nd scientific sessions held recently in Philadelpshia, Pennsylvania, US. I felt that this is something that we really should think a lot about.

One person is diagnosed with diabetes
every 17 seconds. This one person
could be your family member, your
child, or the man that rides next to you on the
train to work each morning.
For many of us, diabetes has been our lives’
work. Unfortunately, there is enough work in
this field to last for generations to come. My
fondest dream is to hold high the vial of a miraculous
serum as Jonas Salk did when he announced
the polio vaccine, and tell you that I
and my colleagues have found a cure for diabetes
and our mission is fulfilled: a life free of
diabetes and all its burdens!
However, lately I have been having two recurring
nightmares. In one, there are lines and
lines of people, all with diabetes, who are typing
their name into a vast computer program.
They fill out a questionnaire and then download
a list of lab work to be done prior to their
3-minute telephone or online appointment
time. The lucky ones will talk with a real person.
The unlucky ones will get an automated
response from a very clever program that allows
them to select options, similar to the one
employed by airlines. But instead of a voice
asking you if you want flight information, it
will ask you to click 1 if you need insulin or
dietary adjustments.
My second nightmare, unfortunately, is
real. It is the story of a village in the Middle
East where persons with diabetes can buy only
one vial of insulin. Each person gets their share
of 20 units; just enough to keep them alive and functioning.
When I hear that 380 million people in the
world are expected to have diabetes by 2025,
I don’t see a number. I see people like my patients
and these villagers who struggle everyday
to live a life with a disease that demands
so much and gives back so little.
We are currently in the midst of a ‘tsunami’
of diabetes. Its first wave is the ever rising
wave of obesity, the underlying current of the
increase in diabetes. Worldwide, 2.8 million
people die as a result of being overweight or
obese and the prevalence of obesity has doubled
between 1980 and 2008. North America
leads the trend with more than 30 percent of
people being obese, closely followed by the tip
of Africa and the Middle East. Asia and Europe
are close behind, with a prevalence of between
20 and 29 percent.
The second wave is hyperglycemia. Worldwide,
the alarming rise in the incidence of hyperglycemia
closely follows the obesity trend
and these show no signs of abatement. According
to the International Diabetes Federation,
there were 284.6 million people with diabetes
worldwide in 2010, and this is expected to grow
to 438.4 million by 2030. The greatest increases
will occur in Africa and the Middle East. In
North Africa, greater than 90 percent increase
is expected, followed by Southeast Asia and
South and Central America.
Not only is diabetes a healthcare crisis, it is
also an economic one since it will send destructive
shockwaves through economies. Diabetesaffects the most productive age group of 40 to
59, which in turn affects gross national productivity.
We must take the necessary steps to survive
this tsunami by first sounding the alarm
to warn the public of the dangers to come, preparing
ourselves and the healthcare system to
reduce the impact and, ultimately, taking to
the higher ground.
There is false information, misconceptions
and myths about diabetes in every sector of
our society, including amongst healthcare professionals.
Diabetes is a disease without a face.
There’s little recognition of its potentially lifethreatening
nature or the demands of daily
care. For the public, it is: “Don’t eat your sugar
and take those (insulin) shots every day.” But it
is much more than just that.
We must convince the public that diabetes is
a serious disease, with serious personal and societal
consequences. Next step is for clinicians
and educators to help reduce the impact of diabetes
by supporting research into prevention,
cure and care of those already affected, and byincreasing the resources devoted to research.
Research shows that despite comparable
diabetes care, some groups have poorer health
outcomes than others. Factors such as physician
interaction, prevalence of undiagnosed or
untreated depression, fewer resources, greater
stress associated with socioeconomically deprived
neighborhoods and out-of-pocket costs
are important for determining outcomes.
Improved healthcare delivery systems must,
therefore, focus on making it more cost effective
and easier to deliver diabetes care within
primary care settings, with easier access to self
care plans. Ongoing support for self-care in the
form of newsletters, email, social media, community
board postings, access to information
lines and diabetes educators is absolutely necessary.
Currently, access to these programs is
limited in the government and private sectors.
The next step is to take to the higher ground
ie, making change happen. That is the ethical
and the right thing to do. If every single one
of us was able to inform the public and heighten
the awareness of the dangers of a growing
diabetes epidemic, just think what we could
accomplish. We are all stakeholders in our
healthcare system: whether researcher, educator
or clinician.
The current healthcare systems respond
best to acute and episodic care. But that model
will not address the burgeoning needs of
a population requiring chronic care. Change
must start here and now, with those of us who
are touched by diabetes and have made it our
lives’ work.
Diabetes disease prevention

Anonymous said…
Helen Uriah in Facebook:
Wow! and diabetes is just one problem among the many that we have in our country. My dream is to one day have a healthy village where children from the age of pre-school are taught healthy habits and grown ups can come and get information about all the healthy cost-effective options available to them within the community where patients will not only get prescriptions but be treated as human beings with feelings and needs that we can't even begin to comprehend. Right now, however, I am caught up in filling in the blanks and trying to explain how primary health care is supposed to function and all I get is blank looks. Like seriously you mean to tell me that these forms are actually being looked at by somebody and interpreted in the way they should be? Many a time I feel helpless but what keeps me going is the knowledge that there are many out there who are still aspiring toward that healthy village :-)
..
August 15, 2012 at 8:55 AM