The Bujang Valley and the India Connection 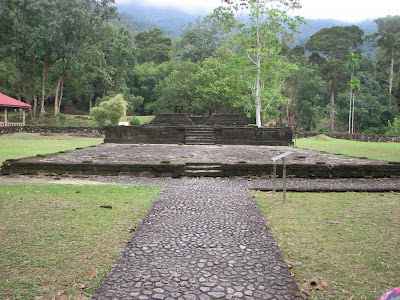 When we were at school and which was when we last studied history formally, we were not taught too much about the history of southern India. India was for our history books the history of Northern India, divided neatly into the Ancient, Medieval and Modern periods. Political correctness was less prominent in those days; consequently these periods were also called the Hindu, Muslim and British periods of our history.
The fact is however that the history of India was never so neatly divided. Muslim sultanates in the Northern parts coexisted quite comfortably with major Hindu kingdoms in the South. The North East was absent in such histories and the influence that India had on South East Asia was never mentioned. It was unfashionable to proclaim that India had exported its influence all over the Malay peninsula, Burma, Thailand, Vietnam and Cambodia the and the Indonesian archipelago.
It was only when I came to live here in Malaysia that I began to l get a real glimpse of the scale of the influence that India had in these parts. If one visits Angkor Wat, Borobodur and the Prambanan temples and many others one realizes that these constructions were influenced by India and also built largely with the help of Indians and stand as mute witness of Indian culture the huge influence it had in these parts.
For geographic reasons, most of this influence came from the great sea faring peoples of the East Coast of Peninsular India. And, I cannot conceal some parochial pride when I note that another source was the fabled port of Tamralipta in Bengal. As we are now aware, the dawn of the common era saw an urban civilization unfold close to what is now Calcutta and the riverine ports of the region were the the places from which goods, ideas and men travelled to the Indonesian archipelago and other countries of the region in order to make them an integral part of the cultural entity that was India. One of the areas which they penetrated and influenced was what is today the northern part of the Malaysian Peninsula, the State of Kedah. The time was the second half of the first millennium of the Common Era. The Chola dynasty held sway over Southern India. It was a splendid empire that created monuments that endure to this day at home, and also sent merchants and holy men across the Indian Ocean to trade, teach and build.
The Bujang valley is today part of the state of Kedah, in the northern part of Malaysia. It is a bucolic state, the rice bowl of Malaysia with a conservative Islamic culture. The Bujang Valley , about 70 km from Penang is surrounded by three rivers, Sungai Bujang, Sungai Merbok and Sungai Muda. (Sungai= River in Bahasa Malaysia) The Gunung Jerai (earlier known as Kedah Peak) which overlooks this valley was a beacon for Indian traders who crossed the Indian Ocean to enter the Bujang valley. The area was seat of a thriving settlement as long as 2 millenniums ago, and as I said was a principal port of entry for Indian and Chinese merchants who used this city for exchange of goods. The commercial importance of the Valley continued from the sixth to the thirteenth centuries. The Valley played host to traders from Indian, Chinese, Khmer (Cambodian) and other cultures and archeology has proved that all these groups left traces of their influence on the Malay kingdom that flourished there.
The site finds mention in Indian Sanskrit texts which named it Kataha and it was a stopover point for the Chinese monk I Tsin who visited India in the seventh century .In later times it became part if the Sri Vijaya Empire based in Sumatra. In 1025 the Chola King Rajendra Chola attacked this kingdom and defeated the then ruler Srimara Vijayatunga Burman. However later friendly relations were again established and trade relations resumed. . After the thirteenth century however, Pengkalan Bujang declined as a port and another area just to the south, in the vicinity of the Muda River became the new port and the seat of Government of the old Kedah kingdom.
The Sri Vijaya kingdom had relations not only with the Southern Cholas ,but also with Nalanda until its destruction by Mohammad Khilji. The Pala dynasty of Bengal provided inspiration for the architecture of the entire region. The site known as Matang Pasir was discovered by Dr Quaritch Wales in 1941 and the results of minor excavations by his wife are described in his report to the Journal of the Malaysian Branch of the Royal Asiatic Society,published in 1947.Today it has been expensively excavated and is proof of the regions proud history.
We drove out of KL early one Saturday morning. The North South Highway quickly took us to Sungai Buloh, Tapah and then to the outskirts of Ipoh where we stopped to visit the Gua Tempurung of which another time. Around lunchtime we took the Sungai Petani exit to drive through the serene countryside to the Merdeka Beach where we stayed. The Beach was not particularly attractive, though the view of the Morib estuary was spectacular. What I liked most was the evening crowds: families, young men and women warily eyeing one another , hawkers on the beach and crowds of people enjoying themselves. It reminded me of our own beaches back home: it could have been Digha bar the language spoken. 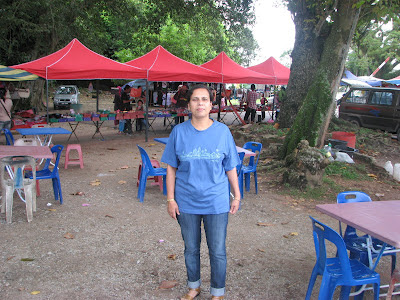 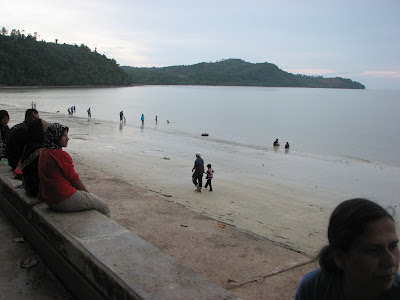 The next day we drove to the Archeological Museum. The Museum is reached from the village of Merbok which has a small market where we had some Roti Telur. The museum itself is located in a leafy jungle, a river ripples past it. There is ample (and free) parking, and the museum is free to enter. On display are artifacts excavated in the area and these include many beautiful Hindu deities as well as some Buddha statues. The display is well arranged and the signage is reasonably good. It gives a fairly good idea about the excavations. 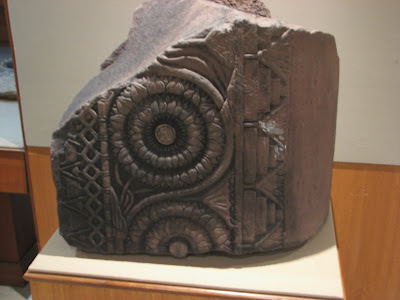 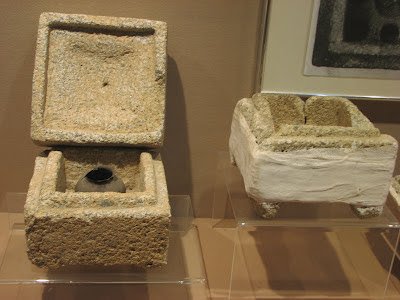 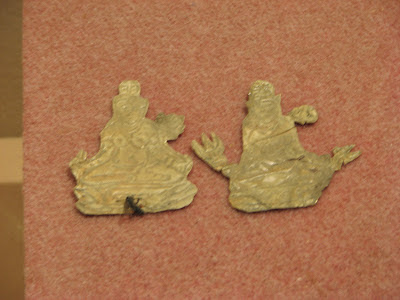 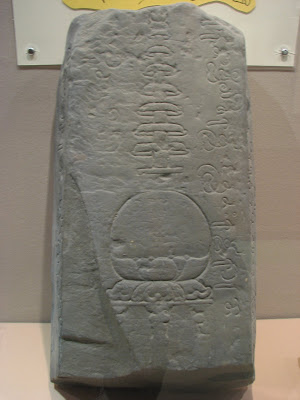 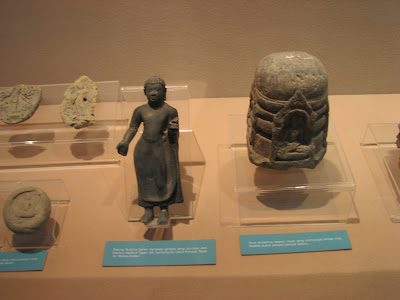 On the grounds of the Museum, reconstructed temple complexes lie. These give an idea about the temples of that era and how they were disposed. Most of them have been brought here from their original sites in order to display and preserve them adequately. They occupy a hillside just adjacent to the museum proper.
The area itself is of great natural beauty. The forested hillside, the river streaming past the site the ample birdlife all contribute to a sense of wonder, which is even more pronounced as one reflects that people from Tamralipta were here on a regular basis more than 1500 years ago. God only knows if one of my forefathers were among those merchants and religious figures who came here in millennia past!
This site is less famous, but definitely as significant as Angkor Wat and others better known. I feel pretty lucky to be able to come to this less visited spot and resurrect connections forged 1700 years ago! 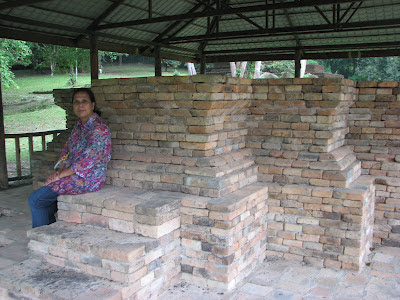 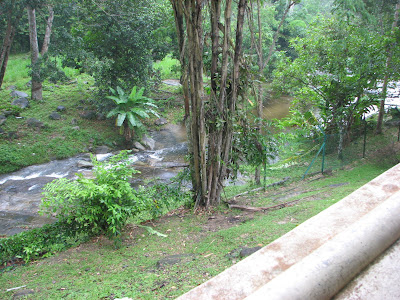 Arupratan Gupta nice
6 October at 19:40 · Like
Amulya Kumar Das historians have thrown light as per their knowledge and belief...there are sifficient numbers of historians who has done work in this area..i am fortunate to know youe latest aspects but in our schooldays history main emphasis was on political history rather than social history ..hope you wiill like the difference..
6 October at 20:00 · Like
Bal Uppal Very good Apu.u have a flair for writing and we are sure u will Do Well in this hobby also just as u are doing very very well in your chosen profession. God bless you.
6 October at 21:09 · Like
Kaniska Sarkar vivid presentation. well done anjan ,add some relevant pictiures . By the way Nehru,s "glimpses of world history" contains salient points & features in support of most of your contentions.
8 October at 04:20 · Like · 1
Anjan Kumar Das Kanishka , please go to my blog for pictures and the actual write up.
8 October at 09:53 · Like
Anjan Kumar Das I agree that all this is known,most of the pioneering work was done by R C Majumda:r what i was trying to say is that nobody put it in OUR textbooks in school.
8 October at 09:54 · Like
Sudhir Jha Good knowledge.Great analysis.
8 October at 10:08 via mobile · Like
Rakesh Biswas Great write up. smile
October 17, 2012 at 5:32 PM