The Knotty Question of Narendra Modi 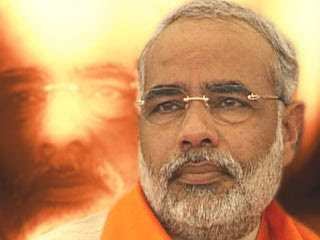 One question that is exercising many minds in India today is that of Narendra Modi. Will he be the BJP candidate for Prime Minister or will he not? If so will he become the next Prime Minister or will he not? In connexion to this is also the question: Should he become Prime Minister or did his shenanigans during the Gujarat Riots make him unsuitable for the post? To my mind these questions should be in the forefront of all thinking people’s minds and should generate a sober debate. Instead we see the newspapers and the social media sites filled with a shrill abusive noise which only confuses the issue and leads to more abuse which is counterproductive because this is a debate which is necessary and vital and may be a game changer for India in the near future.
To my mind the questions are three.
1) Is Modi all he is cracked out to be? Is he really the man who changed the face of Gujarat and if given a chance can change the face of India?
2) If so what about his record during the Gujarat riots?
3) Can he be elected?

The answer to the first question is now, in my opinion, reasonably settled. There is no question that he has changed the face of his state. Mind you, Gujarat was, as many of his critics have reasonably pointed out, one of the better developed states in any case. It is also true that the Gujaratis are one of India’s most dynamic people so far as entrepreneurship goes and thus predates Modi by centuries. Even during the Mughal times, Gujarat was where the action was as a trading centre and as a source of Indian capital. Ahmedabad, we often forget, is perhaps the only India city that grew into an Industrial powerhouse even in pre independence days with no help from the British. Its indigenous industrialist class built India’s biggest textile industry then and has not looked back since.
However to an unbiased observer, the portents are pretty clear. No matter what the Gujratis had done and not done previously, over the last 10 years or so there has been a qualitative difference in the development process. The pace of development has picked up tremendously and Modi has made the vital difference. As the Economic Times pointed out recently, his success has not been in only attracting the vital big ticket industries (in which he has been very successful as we from Bengal know to our cost) , but has also been instrumental in making possible a huge number of smaller industrial units started by local capital which has aided the generation of employment and has made a pretty substantial addition to the GDP figures.
The principal contribution that he has made is that he has delinked the administration from the politicians and also ensured that the bureaucrats stay honest. Just this has made all the difference. Once you ensure that the politicians and IAS officers cannot hijack the decision making process to make money, the high level corruption comes down to zero and this has a cascading effect below, especially if you ensure that petty police corruption is also controlled. And this is what he seems to have done very successfully.
I personally feel that this question has been answered: Modi has made a difference and this should be replicated India wide.

Now to the second question. Here I risk annoying Modi’s legions of followers by pointing out that the critics are right: Modi was involved, or at least complicit in the Gujarat riots. There were extenuating circumstances. No matter what any Commission says, the provocation was immense and the reaction not unexpected. However as the Chief Minister, he definitely failed in his duty to protect the vulnerable minority population. I do not know whether this was purposeful or just incompetence. Unfortunately his later record of competence argues against this theory. If he was unable to do something, it was because he did not want to, not because he could not.
However the question is, does this exclude him from contention for running for the PMs post? The question is moot, but if we look at Indian Chief Ministers, one can find many who happily aspired to the top post despite having blood in their hands. Jyoti Basu was famous for turning a nelson’s eye to the activities of his cadres, their total “ score” during his chief ministership cannot be less than the number who died in Gujarat. Similarly, the total failure to control the anti Sikh riots did not prevent Rajiv Gandhi from being elected with the largest majority in history. There are several such examples, perhaps not so dramatic, but still they exist. Modi failed in the Raj Dharma when it most counted, but so did so many others. This may be a black mark against his name, but should not exclude him from the Prime Ministerial stakes. 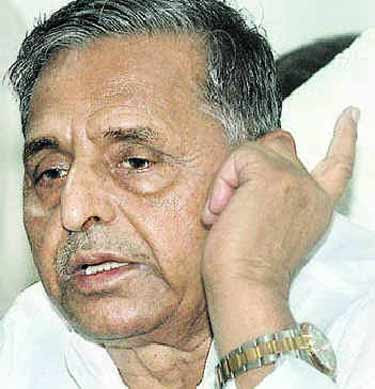 Now for the most vital third question: Can he be elected?
Can the BJP be elected on its own steam? No way. The most that they can win , and that assumes a good showing in Uttar Pradesh, a tall order , is around 150-175 seats. This assumes that the Congress does not resurrect itself at the last moment, which they have done many times in the past. Now where will the rest come from?
The majority of the Rest will be from Bihar, West Bengal, Tamil Nadu and Orissa. Nitish Kumar who can reasonably expect to win a majority in Bihar will under no circumstances back a Modi led BJP. Neither will Mamata , who is too busy trying not so novel methods to appease the minorities. (I sometimes feel that the minorities are too intelligent to fall for the Jummabar type of politics and this might give many people a nasty shock) Tamil Nadu may deliver a sizeable number, but Orissa has the same Nitish like problem. Patnaik won’t touch him with a barge pole. In UP which is likely to be divided between Mulayam and Mayawati, again the minority politics will prevail. So how can he win? 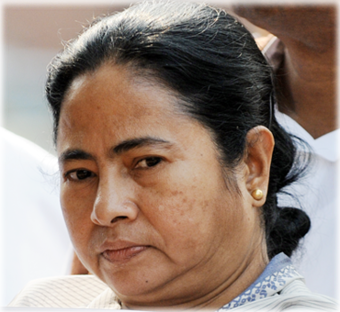 I seriously think that Modi will rue the Gujarat riots till the end of his days. The riots have made it impossible for any of the minorities to vote for him. And if you are deprived of the vote of a full 20% of the population, especially a minority which is very influential in many pockets,, you cannot win. This is the simple truth of Indian politics. Unless he can polarize the entire majority community, which he successfully did in Gujarat, but which is well nigh impossible in the whole of India, he can never win, and I suspect, neither can the BJP. At best they can aspire to be part of the ruling coalition, but I cannot see them holding a leadership position.
The problem with the urban middle class is that because they are the most vocal, they think that they are the decision makers. They are nothing of the sort. The votes that will count will be those of the rural poor, and those of the organized section. These votes will ensure that Modi will never be Prime minister.

PS For all Modi fans, I can only cheer them up by saying in that I am invariably wrong in my political and sporting prognostications.

Yachana Prakash: in my mind too, it wont be modi. it'll be someone bizarre, a lesser known leader will re-born on the PM's chair. i think it'll be sonia gandhi's coalition again for the lack of a better replacement. btw that was a good read!
11 October at 15:42 · Like
Sandipan Datta Very good analysis I loved it
12 October at 00:41 via mobile · Like
Sandipan Datta My bet goes to congress resurrecting itself at the last moment.
12 October at 00:42 via mobile · Like
Amar Deuja Anjan, the way things are going no one will have enough MPs to make that magical number of 272 in the next general election which I suspect will be a pre-term. Don't get surprised by my comments, a Nepali. I do follow Indian politics although I hate almost all politicians. Also I feel that Manmohan Singh was not meant to be a politician. He doesnot have that meanness that a politician must have. I sort of like his sincerity and incorruptible character. Bechara phas gayaa.
October 17, 2012 at 5:31 PM

Unknown said…
I wanted to thank you for this special read. Your site is greatly appreciated.