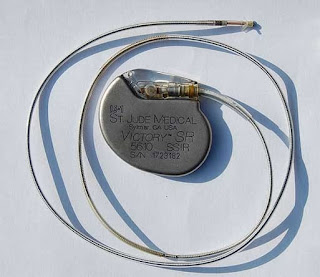 Today is the 55th anniversary of one of the most important advances in medical science. It was on this day, in 1958, that Ake Senning, also known as an innovator who devised several operations for congenital heart disease implanted a pacemaker for Arne Larsson. This device was engineered by Rune Elmqvist and Dr Senning was the surgeon.
This device failed.... after three hours. A second device was then inserted, this too failed after a couple of days. Larsson finally had 26 different pacemakers inserted at various times and died on December 8,2001 at the ripe old age of 86 from a melanoma of the skin, having outlived both Sennning and Elmqvist. 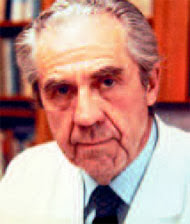 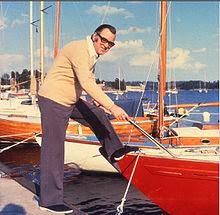 Arne Larsson
The device was, however, based on the concepts pioneered by Canadian electrical engineer Dr John A Hops who, at the Banting and Best Institute at Toronto University, experimented with this device . Dr W G Bigelow,who was a pioneer in the field of Hypothermic cardiac surgery, collaborated with Hops to develop the concept. This has been hailed as the most important engineering advance ever made in Canada. And well it might, it must have saved more lives than any other device in human history.

Today there are many types of pacemakers and the surgery is a bread and butter affair for cardiologists. However it is fitting today to remember the pioneers who made this possible.