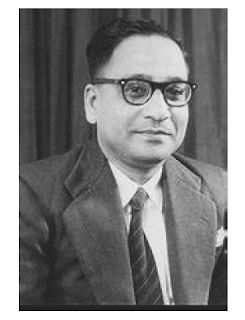 One very important figure in the firmament of medical researchers in India who is today almost forgotten is Sambhu Nath De . S N De as he was popularly known was born and had his early education in the Hooghly district of present day West Bengal. The son of smalltime businessman, S N De was supported by his uncle to study and he turned out to be a brilliant student, receiving the District scholarship in his year and then went on to study at the Hooghly Mohsin College and then at the Calcutta Medical College. In his early days in Calcutta, his scholarship was not enough to support him and he was looked after by a Mr S K Sett who allowed him free board and lodging for as long as he needed it. He graduated in 1939 and then went on to do a diploma in Tropical Medicine (DTM) in 1942. He was then hired as a Demonstrator in Pathology in his alma mater and showed his mettle for research even in these early days of his career as he began doing research projects under the then Professor of Pathology D P Trivedi.

In the meanwhile he married the daughter of the then Professor Director of Medicine at the Medical College, the legendary Professor M N De who realized his potential and used his contacts to send him to the UK. He moved to the UK in 1947 under Prof. Roy Cameron, the Professor of Morbid Anatomy at the University College Hospital Medical School, London. Roy Cameron was an Australian from a modest background who came up to his high position by the dint of hard work ( he was considered one of the leading pathologists in the world, and a founding President of the Royal college of pathologists )and he was quick to realise the potential of S N De, who, as he said“ is one of the most outstanding of young men 1 have had through my hands and am prepared to believe that he is probably the best of the experimental pathologists in India... I am confirmed in my belief by other people's opinion"'. De was very successful in London, doing excellent research and obtaining his PhD in just two years, He could have stayed on in England, but he chose to return to his own country and start the first experimental bacterial pathology programme in India. One of his students who later wrote about his life noted "De returned to Calcutta in 1949, and those of us who knew him from our student days were struck by the complete transformation in his outlook towards research, which from now on was to become his yoga”. 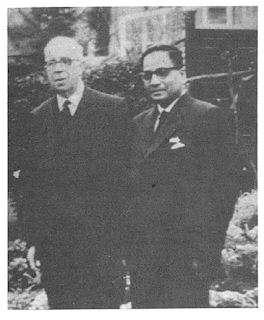 He initially joined the NRS Medical College but was soon transferred to his alma mater as the Professor of Pathology. Here he continued research, but the lack of facilities in his department led him to work at the Bose Institute His first brilliant work was the discovery of enterogenous E coli , which he published in 1956. Previously he had received an invitation to present his work to the Royal Society in 1955. But the work that catapulted him into the first ranks of pathologists in the world was based on the hoary killer. Cholera. Robert Koch had isolated the cholera bacteria as far back as 1884.Unfortunately, he had proposed that the cholera toxin was a systemic endotoxin that affected the entire body and while had a multi organ effect and mainly led to cardiovascular pathology . Such was Koch’s prestige that his colleagues were hesitant to challenge him and this led to a stagnation in the field of cholera research until De came up with his seminal research. In fact because of this fundamental misunderstanding, vaccine development for cholera was handicapped as most vaccines were administered systemically as the then understanding was that cholera was a systemic disease. I remember that we were religiously administered a painful cholera shot every year just before the onset of the summer to protect us from the possibility of cholera in my schooldays.
De created an independent illeal loop in the rabbit, where he showed that the cholera toxin was an exotoxin which acted on the small bowel mucosa leading to decreased absorption as well as loss of large quantities of fluid. This led to the development of the distinctive pathology of cholera. He wrote up this work for a seminal publication in Nature which is today one of the most cited papers in history. However, at that time, it did not create waves and was largely ignored. However after several years the full impact of the paper became clear and led to the development of the oral cholera vaccine and even more important to the development of oral rehydration which has been billed as the single most important lifesaving measure devised in the twentieth century, or perhaps ever in medical history.

Dr De retired in 1973 at the age of 58 from the Medical College, Calcutta, just three years before we entered the college. He was unfortunately overlooked for the Nobel Prize which he richly deserved, but the Nobel Foundation made some sort of amends by inviting him to the Nobel Foundation Symposium on Cholera and diarrhoeal diseases in 1978. He died on the 15th April, in 1985, a disappointed man. Typically, no Indian Academy of Sciences thought him fit for any fellowship , and this must remain as one of the most disgraceful omissions in Indian science. His only recognition was the Coates Medal of the Calcutta University. After his death his work was eulogized by in article by Eugene Garfield,, the editor of that Current Contents who recognized that his paper was one of the most cited publications of the second half of the twentieth century up till that date.