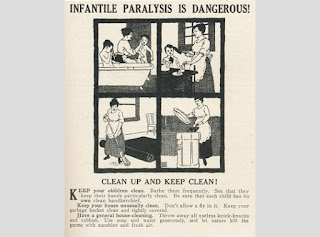 Polio has been eradicated: but not quite. The familiar litany of two steps forward and one step back has left the polio eradication programme tantalizingly close to the goal that was originally proposed to be attained in 2000, but has taken a couple of decades more.
I firmly believe that notwithstanding the so called Islamic or better described as anti-modernity warriors in Nigeria and the Af-pak region, we will soon see the end of what was one of mankind’s principal scourges in the twentieth century. Surprisingly while Polio has been documented in Ancient Egypt, and Ancient Rome (think Claudius), most societies did not really record epidemics until the twentieth century or at least  till the fag end of the nineteenth. The principal epidemics that brought it on the map were, of course, the  New York Epidemic in 1916 and the  Copenhagen epidemic in the early 50s with the evocative pictures of the Iron lung treatments that saved about one fourth of the patients who were unlucky enough to need it. I have blogged earlier about the disease, but today I want to talk about some of the treatments that were used for polio. It is really amazing what physicians have come up with to treat polio, and it is amazing what patients have put up with; however when I see patients even today who have cheerfully treated a rapidly growing lump in the neck with homeopathy for two years and dysphagia caused by a cancer  with Ramdev’s puriyas for  three, I cannot but think that patients have not changed. I can only hope that physicians have. 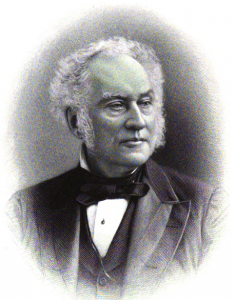 Modern treatment for polio started with in 1789 when the British physician Michael Underwood suggested in his book Diseases of Children that “brisk chamomile blisters and purges were effective”. America physicians added the benefits of bleeding to this treatment .Leeches were de riguere  in the mid nineteenth century; that was the time when in doubt, physicians bled. It was prescribed in most state of the art centres and its total inability to influence the course of the disease did not deter its proponents. Next came the use of red hot pokers . In the 1870s, Samuel Gross in Philadelphia recommended among other things like blisters, calomel massage over the spine and smacking of the back with a wet towel to increase the blood flow; heating a  poker until the tip turned red and then applying it to the the segment of the spinal cord which was affected by leaving a scar which was then peeled off in a postulated attempt to get the spinal connections moving again.
Electrical shocks came in in the 1900s. Shocks did get the affected muscle to contract, but obviously failed to get them to work. The next big thing was the brain washout. George Retan, Professor of Pediatrics at the Syracuse University in New York  proposed that Intravenous normal saline could increase CSF production and this increased CSF would wash out the polio virus from the brain and this could be drained out by a lumbar puncture needle which he kept in place indefinitely. He claimed to have developed this therapy after experiments on monkeys and this rapidly became a major therapy and he received plaudits for it from the AMA. It was not ill 1942 that this therapy was showed up to be bogus.
Vit C was isolated in 1932 and immediately became one of the new wonder drugs. Not surprisingly, it was also used for polio as well and Claus Jungleblut of the Columbia University in New York “showed” that it inactivated the polio virus in vitro and recommended its use in polio cases and claimed 90% cure rates. He was put right by a coming young man, none other than Albert Sabin who was to later invent the oral polio vaccine.
The next big thing was cobra venom. The rationale if its use was that it was known to block neuromuscular transmission and it was argued that it would block the neuromuscular junction and thus stop the polio vaccine form gaining access to the central nervous system. The proponent of this treatment, Murray Sanders was also nominated for the Nobel Prize as recently as 1966 .
Fortunately, by then the polio vaccine had been made available and these treatments became unnecessary and more rational treatments began to come in for the after effects of those who had had the disease.
This unedifying story is important, not because it shows up what asses physicians were, but because irrational treatments are even today used and the proponents of such therapy are vociferous in their claims of efficacy without even a shred of evidence. I recently read in the newspapers about a father and son duo of homeopaths in Kolkata  who are allegedly curing and stabilizing cancers. Osteopaths claim to cure everything from autism to motor neurone disease and sue journalists who question their claims. Quack medicine is alive and well.
( Most of the facts are from the marvelous book : Paralysed with fear: the story of polio by Gareth Williams ( Palgrave Macmillan,London,  2013)
Polio Treatments