The ubiquity of smartphones and the cheap data plans in India have spawned a new phenomenon; that of whatsapp groups. In today’s connected world one can scarcely find somebody who is not a member of one or more such groups.
Let me confess: I am a member of several groups. Some groups are those belonging to my students in each posting: these groups are useful as we can disseminate information regarding classes and any changes immediately and it acts a good chain of communication between all the members of the teaching group.
A second type of group are the special interest groups; one such is the group that I belong to which comprises our batch at the medical college I attended. There are several others that I belong to, or belonged to, though I must admit that a family group that I used to belong to seems to have expelled me. I think it is because I kept objecting to mindless posts.
I spent some time analyzing behavior of those who are parts of the group and I present my findings here. In any group the members can be neatly divided into two groups: the “posters” and the “nonposters.”
The nonposters are those who passively belong to the group: they read the posts or perhaps they do not, there is no way to know. They rarely, if at all, post anything themselves. They are the common mass of whatsapp group members. I estimate them to be the majority, say 60%.
Next in line are the posters. They are the people who like to socialize online and keep up a steady stream of posts; they are the salt of the earth who keep the group going and who act as administrators and are always thinking up how to keep the group’s activities interesting. I estimate them to be about 40% of those who are members of whatsapp groups.
But are all posters the same? I think they can in turn be neatly divided into three principal groups.


First come the sensible posters. They are the people who write posts about things they are interested in or think would interest others, who forward material that may be of importance or are pure fun. They are the real people who keep a group active and going. Unfortunately they are less than one fourth of the poster community, thus say 10% of the group. 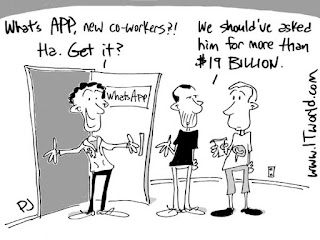 Next are the inveterate forwarders. They forward anything that comes to their whatsapp account. I sometimes wonder whether they even bother to read what they are forwarding. They are the people who send you posts about meteors coming to hit the earth in two days, or weeks or a month’s time, the people who inform you that you can get free cancer treatment if you just dial a certain number, and those who like to remind you about obscure astronomical events which will recur only in the next 474 years.  They also forward palpably false information about prominent people and institutions, film actors and are always taking the lead in whatsapp campaigns against the latest social evil; their contribution being limited to the post that they forwarded. Recently, in a doctors’ group, we were sent a post that tried to raise a scare about a HIV + fruit seller who was infecting his clients by his tainted blood which had apparently bled onto the fruit when he was cutting it. The post also informed us that the poor eaters of the fruit were immediately diagnosed as AIDS within days of consuming such fruit. The NACO education campaign has obviously failed completely if this is the level of understanding about AIDS among doctors. They also pompously pontificate on subjects of which they know little or nothing.This group consists, in my estimation about 25% of members of any group.
The third group is hose of motivated posters. They are people with an agenda. Nowadays they are mostly diehard members of the Hindutva brigade, but here are also other groups who support many other causes including the lefties and the seculars all of who are strangely blind to all other points of view. Fortunately their numbers are low; in my estimate they are about 5% of all members.
So how does one cope with all this?
One solution would be simply to leave the groups. People are  naturally reluctant to do this, because the group is important to one, often composed of people who have long histories together and one does not want momentary annoyances to severe these long held ties.
Another method could be, if you have the time, is to challenge the posts which defy sense. There are some who do take the time and trouble to do it. I used to do this once upon a time and was expelled from one group for my troubles.  More power to such people, but it is not really something that I would be doing at least not anymore.
A third alternative is to start a group of sensible posters of your own. Then you would be with more likeminded people, but then also you would be keeping out 90% of the community.
The problem seems insoluble. The best solution might be to do what I have started doing; I read most posts, delete the videos and occasionally, very occasionally, participate in discussions which make sense to me. This, I feel is the only way to preserve one’s sanity in a whatapp group.

People really should avert their gaze from the modern survival thinking for just a bit and also look at how folks 150 years ago did it.

These guys were the last generation to practice basic things-for a living-that we call survival skills now.

Survival Things Our Great Grandfathers Did Or Built Around The House.

Are you ready to turn back the clocks to the 1800s for up to three years?

Because this is what will happen after the next SHTF event.

Click here to watch the video and spread the knowledge.