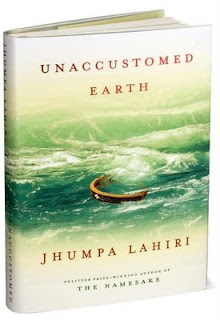 Of the prominent Indian writers who write in English, my favourites are Vikram Seth, Amitava Ghosh and Jhumpa Lahiri. Of them Seth was the first whom I noticed and though to be very frank, I was not so enamoured of his “The Golden Gate” which marked the making of his reputation. However at one time I was very moved by his collection of poems “All You Who Sleep Tonight”. Unfortunately now I find it maudlin’. However his travel book “From Heaven Lake: Travels Through Sinkiang and Tibet” is a marvelous work. But my favourite books are his two conventional novels. “A Suitable Boy” is a book that recalls the time when novels were not novels unless they spilled over three volumes. Many of my friends were bored by its garrulousness, but to me it evoked a world that I was fairly familiar with, a Calcutta of the sixties, Batanagar, where I used to go often and most of all it was a story, one that I could never put down until I found out how it ended. His “An Equal Music” is also one of the best love stories ever written, at least in my opinion. I reread it at regular intervals and it never fails to move me.
Amitava Ghosh is of course a familiar. He always appears to be very Calcuttan. I know a lot of people like him, who studied in Don Bosco or St Xavier’s, who then went to Presidency College and spent many afternoons at Calcutta Institutions like Flurys or the Coffee House, cheered India at the Eden gardens, supported Mohun Bagan and visited the Dover Lane Music Conference every winter. Paradoxically he did nothing of the sort, having been bought up in Bombay and studied in the West. However in his books you get the flavor of Calcutta, one that stands amid all the chaos and degradation. My young friend Nipon has spoken of his Sea of Poppies in a recent post and this is only the latest triumph in an oeuvre that has spanned a couple of decades now. I am willing to heavily bet on his chances of winning the Nobel Prize fairly soon.
Jhumpa Lahiri is another girl who might have lived next door. She, too, did nothing of the sort, having been born in London and brought up in the United States. I was re reading her latest book, Unaccustomed Earth the other day. It has maintained the standard that she set in her earlier books and that is praise enough, I think. This book tells of men and women who have lived in the USA. Bengali they may be, at least most of them, they confirm to a world that is alien to us, though becoming more familiar as the world becomes more globalised. However the sentiments and situations are very familiar. They could have been the girls and young men and women I grew up with, only they would have talked of Mumbai and Bangalore rather than Boston or Rome. The first story is, I my opinion, the best. In it Ruma, married to a white American has her father to stay for a brief visit. He is a widower, Ruma’s mother has died in an unexpected accident while undergoing a standard surgical procedure (So such things occur in the US of A also?!) He is now enjoying a freedom that he never had before in his life, having had family to look after and being tied down to familiar concerns. He is now travelling and has recently become attracted to a lady with whom he has planned another trip. He spends his visit with Ruma planting a garden in her new house, teaching her son how to sow seeds. As the New York Times puts it “The boy digs holes, but plants Legos in them, along with a plastic dinosaur and a wooden block with a star. Emblems of the international, the prehistoric and the celestial, they are buried in one garden plot, auguries of an ideal future, a utopia that could be anywhere or nowhere. How can it grow?” How Indeed?
The other stories are also delicately constructed, each bringing to the fore a dilemma that faces the protagonists and their resolution is often unexpected, though entirely plausible. The piece de resistance is the last novella or a collection of three stories which takes us from the childhood to the middle age of Hema and Kaushik, both born of Bengali parents, but now thoroughly American. The descriptions of Kaushik’s mother’s wasting away and death from cancer and Kaushik’s trauma when his father remarries, are very natural and while the reunion of the couple has more than a shadow of Gogol’s marriage ( The Namesake) , there is a twist in the tail that captures attention.
It is early days yet for Jhumpa, and she is obviously not a writer at the level of Amitava Ghosh, but surely there is time yet for this writer to reach his level. I wait with bated breath! The Bengali talent for writing remains alive and kicking to this day. Thank god for small mercies.
Indian writers Novels