The Scientist and the Surgeon

There is a hoary old story about the surgeon and the scientist. The surgeon was jogging around a lake when he noticed a man drowning in the water. He dived in to save him and when he got him out he saw another man drowning. In he went again and as he came out he saw yet another man going under. At the same time he noticed a scientist standing on the bank of the lake deep in thought. “Why the hell don’t you do something instead of just standing there?” he shouted. “I am” answered the scientist. “I am trying to figure out who is throwing them into the water.”
This story has many important implications. While some may see it as a condemnation of the doer who just rushes in to solve the problem without addressing the root cause, the story is not as simple as that. While somebody figures out the root cause and presumably also a method of fixing the problem, trained individuals are still needed to save them while all this research in going on. 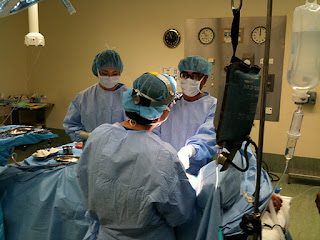 As a surgeon and also now hopefully a scientist of sorts, I fall between two stools. While I am stoutly in favour of doing the best in the light of available knowledge to save the patient or at least palliate him, I think it very necessary to try to obviate the problem in the first place. Presumably this will lead, in time to the shrinkage of the field of the surgeon. (or physician for that matter) Such examples are legion. During the course of my working life, I have seen surgery for peptic ulcer disappear from the surgeon’s operating list. When I started life a house surgeon, there used to be at least two V+ GJ ( Vagotomy and gastrojejunostomy) in the list every operating session. Then came various modifications, including the highly selective vagotomy which, it turned out only its inventor Johnston could do properly, and finally with the advent of Cimetidine, the operation disappeared. Some chemist had created a compound that the pharmacist had developed into lethal weapon against acidity and surgeons’ incomes as well. 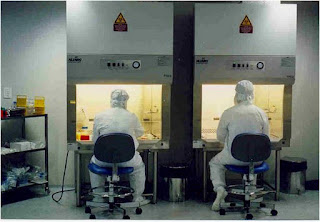 So does that make a scientist more important than a surgeon? Ask the poor guy who is suffering from a painful limb ischemia. While scientists work out ingenious methods of restoring the vascular supply (and I am involved in some work that may provide an answer), the surgeon saves limbs as well as lives by doing something, however imperfect to relieve the poor sufferer. No surgeon since Alexis Carrell has ever won the Nobel Prize and if Michael De Bakey did not get one despite 8 nominations, I suspect no one ever will, but to legions of patients their contributions are significant, much more significant than that of the scientist who will benefit mankind someday, but only in the future, perhaps long after my troubles are at an end.
The advent of interdisciplinary work has now lessened these conflicts. The era when physicians disdained surgeons as barely educated barbarians who tried to get by force what the physicians got by stealth has gone. However in the public eye, the surgeon outscores the scientist by a mile. The reason is that he dives in while others fear to tread the dangerous waters of difficult disease. The future belongs to both these categories of persons.