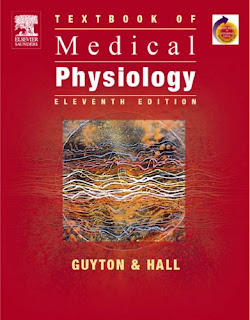 There have been many pioneer cardiac surgeons, but this story is of one who aspired to be one but could not. In our student days Guyton’s Text Book of Medical Physiology was the book we all read. Not so say that we did not read Best and Taylor or Ganong, and Chandi Chatterjee’s book became very popular when the exams drew near, but Guyton was acknowledged to be the King. The text book, still published long after the original author’s death, is probably still popular among students, but the story of this pioneer physiologist’s life which is not so well known is an inspiration to all.
Arthur Clifton Guyton was born in the Southern American state of Mississippi in 1919. His father was the Dean of the Medical School of the University of Mississippi and a well known ENT surgeon. He studied at the Harvard Medical School and began his resident training at the Massachusetts General Hospital. He planned to become a cardiac surgeon and was in the final year of his residency training when he was struck down by polio. This was just a decade before Salk’s vaccine made it possible to prevent this infection. This was the second time that his education was interrupted, earlier; he left his studies to join the Navy during WWII. He was paralysed in his left arm, right leg and both shoulders and had to drop out of his training to repair to a health spa where he stayed for 9 months trying to recover the use of his limbs.
This obviously put paid to his dream of becoming a cardiac surgeon, but he turned his abilities to physiology and became the Head of Physiology at the University of Mississippi. He retired from his position as HOD in 1989, but continued as Professor of Physiology until his death in a tragic automobile accident in 2003 which also killed his wife, Ruth.
Dr Guyton became one of the foremost experts worldwide in cardiovascular physiology. His insistence on using mathematical and engineering methods to quantify physiological models enabled him to throw new light on many facets of cardiovascular physiology and helped to bring about the revolution in cardiology and cardiac surgery in the sixties and seventies. One of his major contributions to the field was the number of famous scientists he trained many of whom headed and founded department of physiology which are now well known.
His abilities were not confined to the laboratory. Even when he was on a wheelchair during his illness, he designed a joystick for this wheelchair which became a standard design afterwards. He used to do all repairs in his house himself using a hoist to lower himself into the basement where he happily set about repairing water pipes and electrical lines. He had ten children, all of whom became doctors, and several became professors. Eight of his children attended the Harvard Medical School , definitely a record of sorts.
His college has built a 191000 square foot, eight storied building to house the Arthur C Guyton Research centre at a cost of $60 million to perpetuate his memory. 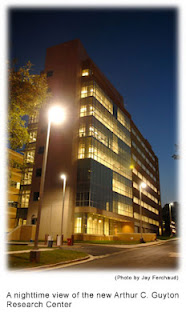 One story related by one of his students illustrates how he bravely overcame his disability to become one of the finest scientists of his day. “ Elvin Smith, one of Dr Guyton’s students, who later became chair of physiology and executive vice president of the medical school at Texas A&M, tells a story about the time Dr Guyton took him and other members of the department to attend a banquet at which Dr Guyton and Eudora Welty (who won a Pulitzer Prize for fiction among many other honors) received the first Outstanding Mississippian Award. After the ceremony, the students were standing next to Dr Guyton as he was being congratulated. One of the ladies in the line stopped to talk to Elvin and to Jack Crowell, a faculty member and former student, and asked “Isn’t it amazing what Dr Guyton has accomplished with his handicaps?” With little hesitation, Jack looked up and said, “Yes ma’am, it sure is amazing, and Elvin and I are two of his biggest handicaps.” Those of us who worked with Dr. Guyton never thought of him as handicapped. We were too busy trying to keep up with him. “ ( John D Hall) 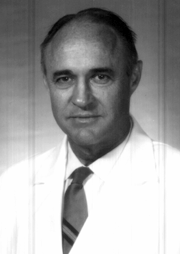 Perhaps the dedication of his famous textbook says it all : “To My Father for his uncompromising principles that guided my life; My Mother for leading her children into intellectual pursuits; My Wife for her magnificent devotion to her family; My Children for making everything worthwhile.”

Anonymous said…
Thank you sir for your beautiful tribute for the King! I am 42, from India and away like you!always wanted to do medicine and I am about to start in September this year! I was reading the latest edition of his book in prep for my 1st semester!I was in doubt if I will complete MD.not anymore!Guyton the legend has ignited a fire in me that will be a burning inspiration that will guide me forever even beyond my MD!good luck on your aspirations too.
April 11, 2012 at 12:35 PM

MR Hospital said…
To be regarded as Cardiothoracic Surgeon in Chennai , M R Hospitals will provide the service of best cardiologist in Chennai that includes general cardiology, cardiac and vascular surgeons, and interventional cardiologist.
August 22, 2019 at 2:51 PM