Ekushe February and the Mother Tongue

February 21, 2012
Today is the 21st February, celebrated worldwide as the International Mother Tongue day. This day was notified by the General Conference of the United Nations Educational, Scientific and Cultural Organization (UNESCO) in November 1999. It Is a matter of pride for all Bengalis and particularly for the Bangladeshis that this day was designated in recognition of the struggle for their mother tongue that the then East Pakistanis conducted in 1952. The history of this day is not so very well known, even among the Bengalis. It will be instructive to recall the struggle for the Bengali language that took place in 1952.
The foundation for this struggle was laid immediately after Independence which left India divided on the basis of religion into a largely Hindu, but secular India and a largely Muslim, but, now almost forgotten, secular Pakistan. Jinnah, the architect of the partition speaking on the occasion of Independence said “You are free; you are free to go to your temples, you are free to go to your mosques or to any other place or worship in this State of Pakistan. You may belong to any religion or caste or creed that has nothing to do with the business of the State “. Unfortunately it was too late to dismount from the tiger of communalism that he had climbed, and Jinnah was ignored by his audience and he died soon after, perhaps at the shock of getting what he termed a “moth eaten Pakistan”. ( Actually he died of tuberculosis)
The glue of Islam came unstuck as early as November 1947. At a Pakistan Educational Conference held in Karachi, called by , the Bengali Minister of Education Fazlur Rehman , it was decided to drop the use of Bengali in all Government stationary and currency notes. It was also declared that Urdu would be the only National language. This was opposed by the representatives from East Pakistan. However their opinions got short shrift and this led to a mass agitation in East Pakistan. 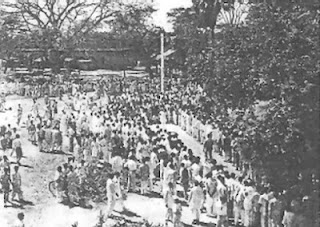 In the meanwhile the first Constituent Assembly met in the then capital, Karachi in February 1948.it was decided that only Urdu and English would be the languages in which the deliberations would take place. This was backed by the Nawab Of Dhaka, who, one must remember was not a Bengali, but a Urdu speaking feudal lord. He claimed to have read the pulse of the people of East Pakistan, who he claimed, overwhelmingly wanted to have Urdu as the only National language. There was strong opposition by East Bengal members led by Dhirendranath Dutta of Comilla who moved and amendment. However this was lost and Bengali was ousted, as I mentioned earlier from the official documents of the new State.
East Pakistan reacted violently. There was a general strike on March 11, 1848 against this decision. The communal elements lost no time in pointing out that Bengali was championed by a Hindu (Dutta) and this must therefore be a conspiracy by the Hindus against Pakistan. Unfortunately, these arguments cut no ice with the Bengalis, who insisted on getting their due. Repeated strikes and agitations led to the Provincial Assembly adopting a resolution asking the Federal Government ot accept Bengali as one of the national languages. The agitation marred the first visit of Jinnah to the Eastern part of his country as a Governor General and though he stood firm in his stand on Urdu, his speeches only inflamed passions. After his death, the Nawab of Dhaka continued his policies .but in 1952, the movement came to head. 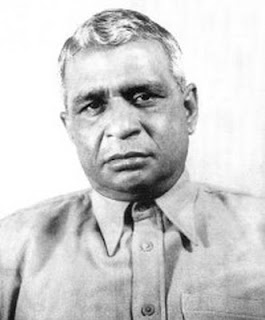 In January 1952, the Constituent Assembly finally proclaimed Urdu as the only national language. In response an all Party Central Language Action Committee was formed and this committee called for a protest ands strike on February 21, 1952. . As the Dhaka University students took out processions to the Assembly building they were fired upon and many were killed. This day has since been celebrated as the Bhasha Andolan Day (Language Agitation Day) .
The movement was successful only in 1956, when the demand was finally accepted and Bengali became one of the official languages of Pakistan. The anti West Pakistan sentiments that were spawned led finally to the division of the country barely 25 years after it came into existence.
The day has been celebrated in East Pakistan and subsequently, Bangladesh with great fervour and the Martyr’s memorial, which came up as temporary structure in 1952 itself and became a permanent memorial in 1963, has been the focus of those paying their respects to the martyrs to the language struggle. The Pakistani Army, in 1971 destroyed this memorial, but it was rebuilt in independent Bangladesh 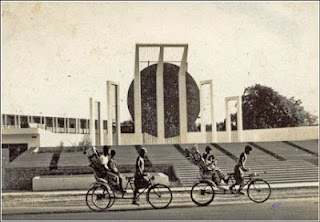 This struggle was recognized worldwide in 1999 when the UNESCO decided that this day would be celebrated as the Mother Tongue Day. It is a day that we salute those who died defending their language.
There have been many song, poems and writings to commemorate those days, but this song is a popular favourite. We in West Bengal, can only bow in respect to those souls who sacrificed so much for Bengali .
(The pictures are of the agitation in Dhaka In 1948, Dhirendranath Dutta and The Martyr's memorial.)
Bengali Language Martyrs

Great information.Thanks for sharing this useful information with all of us.Keep sharing

more in the future.

Have a nice time ahead.