Polio: the beginning of the end? 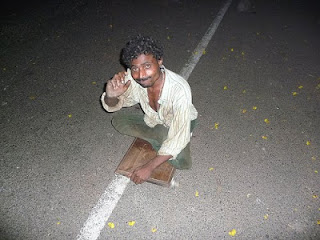 Polio has been one of the worst infectious diseases that have plagued mankind. It has existed from antiquity; there are drawings of children affected by what must have been polio in Egyptian tombs and there are literary descriptions which suggest that the Roman Emperor, Claudius suffered from polio. The disease was however first clinically described by an English physician Michael Underwood in the eighteenth century, but it took till 1908 before Landsteiner identified the poliovirus as its causative organism. In the first half of this century, repeated outbreaks took place, particularly in the USA, which led to many deaths and incidentally to the development of the ventilator to help treat victims of bulbospinal polio.
We were very familiar with polio in our childhood. One of our friends, who lived in the neighborhood had polio and had to undergo a series of operations in order to correct some deformities that the polio left behind. In later life, he walked with a slight limp, but that never prevented him from, playing all games with us and, in fact, he was an excellent sportsman. Unfortunately many victims were not so lucky. Many died, many others were left crippled. A hospital was set up in Calcutta which dealt only with polio victims, the B C Roy Polio Hospital, where we used to rotate as medical students. The children who had residual lesions after a polio attack were treated here The first preventive vaccine was discovered by Hilary Koprowski. Later the famous Jonas Salk came up with a vaccine that still bears his name, but these vaccines, which were injectable were superseded by the oral Sabin Vaccine. This last named vaccine has some problems and many pediatricians are virulently opposed to its use in India, but it is by far the most convenient and has been used almost universally ever since.
I was one of the first children in Calcutta to be vaccinated by the Sabin vaccine when it became available in Calcutta in the late fifties. I am told by my mother, that I was one of the first 20 to be given the vaccine at the SSKM hospital where it apparently first became available. Of course, my daughter was vaccinated soon after her birth, but the pulse polio cycles only came by in 1994, so that she did not get those vaccinations.
There have been many famous polio victims. One, of course was Arthur Guyton, of whom I have written in a previous post. There have been many others, but nowadays most experts believe that the most famous of them all, Franklin Roosevelt was not, actually, a polio victim.
It was only in 1988 that the first coordinated effort was mounted to eliminate polio from the world. The Impetus came from the successful eradication of smallpox and the WHO, the Rotary International and the UNICEF joined hands in an attempt to eradicate polio. Initially the progress was rapid. Polio was eliminated from the Americas in 1994, and slowly many parts of the world became polio free. Shamefully India was one of the four countries where it was still endemic.
One reason for this was the asininity of some religious leaders who spread rumours that polio vaccination was an attempt to sterilize their community. These madmen probably immunized their children, but left the poor of the community to suffer from the ravages of polio. This occurred in areas of West Bengal, Bihar and UP. Fortunately other religious leaders were much more enlightened and with the help of Bollywood stars, cricketers and others who acted as brand ambassadors, the Pulse Polio programme slowly pushed down the numbers of polio cases. There were setbacks, for instance in 2009, when there was a sudden surge in numbers. However thanks to the efforts of the public health workers, who battled adversities, idiot media men who criticized them, and so called religious leaders, the last polio case was detected in Howrah in 2011. Today, one year after this, India is now officially polio free. 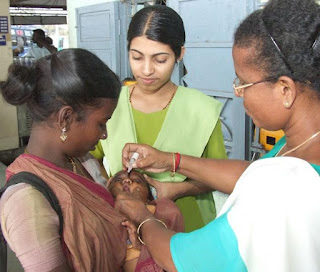 This is not to say that all is done. There is still a chance that polio will recur, by migration form Pakistan and Afghanistan where it still occurs. A wild polio virus may again create havoc, but if the will that all authorities and participants have shown persist, one can hope that we will have eradicated yet another scourge of humanity.
I find it amazing that this event did not find much space in the media. Certainly it was less discussed than Amitabh Bacchan’s health problems., It is pity that while the media are in the forefront of criticism of the health authorities, workers and the government for their failures, they failed to pay tribute to the thousands of nameless warriors in the Indian health system who led and won the fight against polio.
My heartfelt gratitude to all of them. If I could, I would award a Bharat Ratna to those health workers who made this programme a success.

Nipon said…
I feel glad that I have been a part of the pulse polio immunization programme twice during 2nd professional
February 28, 2012 at 1:39 PM

Nipon said…
This is like a war won. Surely a moment to rejoice. Hats of to the efforts of the health workers - the unsung heroes. I am glad that I have been a part of the pulse polio immunization programme twice during 2nd professional MBBS, as part of Community Medicine.
February 28, 2012 at 1:49 PM

Nipon said…
This is like a war won. Surely a moment to rejoice. Hats of to the efforts of the health workers - the unsung heroes. I am glad that I have been a part of the pulse polio immunization programme twice during 2nd professional MBBS, when I administered the oral polio vaccine to children.
February 28, 2012 at 1:54 PM