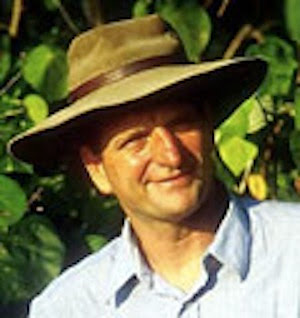 David Bowman works in the University Of Tasmania, Australia. He is the Professor of Environment Change Biology of the School for Plant Sciences there. He published a comment in Nature on the 2nd February issue that has raised a storm of controversy and led to many comments from his critics. “Nutty professor” is one of the more polite ones. 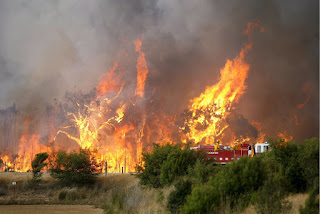 What is this proposal that has raised this tornado of comment? Let us put it in context. On the 7th February, 2009, now dubbed as Black Saturday, 400,000 hectares of forest burned down in Southern Australia. It caused the death of 173 people who were trying to run form the fire, prevent it from burning their homes or seeking shelter at what they thought were safe spots. Such fires are commonplace in Australia. According to the Nature article, 5% of the Continent burned down in 2011.
This, according to Prof. Bowman is not the only issue. There is, in addition, the question of feral species of mammals and reptiles as well as by populations of pigs, goats, cattle and deer which are presently shaping the ecology. Dr Bowman contends that the root of this is in the mass extinction of large mammals that took place during the Pleistocene age ( approximately 50,000 years ago).The advent of modern humans into this continent coincided with the mass extinction of giant marsupials, reptile and several species of huge flightless birds.
In addition to the loss of animals there has been the intentional as well as unintentional introduction of several plant species, one of which is the Gamba grass. Originally native of Africa, this grass grows unchecked in Australia as there is not large herbivore to eat it. The eradication or more properly control of this grass will entail massive expenditure to try to physically remove the grass or poison it, both the alternatives will lead to ecological damage. 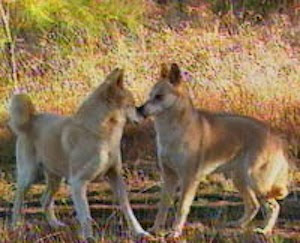 Prof Bowman has a simple solution; he has suggested the introduction of the elephant to Australia. According to him, these large herbivores will control the grass and enable local species to regenerate. He is also against treating the Dingo (Australian wild dog) as a pest as it currently is, and wants them to be protected so that they can in turn, control the numbers of the introduced fox which creates havoc in some areas.
Not surprisingly this radical idea has led to a storm of controversy, though he is not without his supporters. However most of his peer group is critical of this idea. Dr Aaron Petty from the Darwin University in the Northern Territory feels that more standard options are possible for the treatment of gamba grass before resorting to what he feels is an unwarranted risk. Richard Hobbs of the University of Western Australia is against introduction of any new animal species in Australia and has reminded that previous introductions have led to havoc. He is of the opinion that perhaps we should learn to live with the changed environment , rather than think up dangerous schemes to bring back what has been lost forever. There is also a body of opinion that feels that elephants would not restrict themselves to grass, but damage the trees of the Australian wilderness, thus causing more damage than they prevent.
Whatever the truth of the matter, and whatever happens in the end, I must say that the thought of huge elephants walking the endless spaces of the Australian outback does have some charms. After all, Mammoths did walk the Australian wilderness once, perhaps with Dr Bowman’s help they will, again!
The Nature article is available here.
ecology Elephants