The chronicler of Bengal: Sunil Ganguly 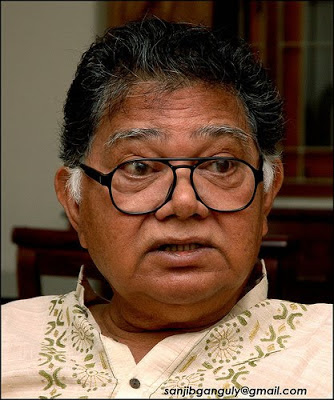 Sunil Ganguly died on Nabami during the just concluded Pujas. I will not go into the tasteless lack of gravity during his funeral, though I must admit that now I realize how sensible Saoli Mitra was to have organized the cremation of her father, Sambhu Mitra, before announcing his death to the world. This avoided the circuses that seem to accompany the death of cultural icons in Bengal. The fracas during Satyajit Ray’s funeral is still green in my memory.
Be that as it may, I only want to record a discussion I had about his work with some friends and relatives during this time. It seems important to try to analyse why his novels were so popular and I will do it by trying to see what it was in his novel Purba Paschim that made it so significant.
This novel, beloved of most if not all Bengalis records the life and times of a well off Hindu family based in eastern Bengal who have to move to Calcutta during Partition and their life and struggles. It encompasses a broad area, the prepartition dynamics of Hindu Muslim relations, partition itself, the Bangladesh freedom struggle, the Naxalite movement that rocked Bengal in the sixties and then the flight of the Naxalite son to the fleshpots of the United States.
The story is very believable, there were many actual people who had similar tales to tell and the struggle to establish themselves in an alien environment is a saga that will spawn novels, films and paintings for centuries yet.
The point I was trying to make is that thousands of refugee families found eerie similarities between their stories and that of Pratap’s family. In part or in whole, the trials and tribulations of the protagonists mirrored that of many East Bengal families who were forced to alien Calcutta and how their children adapted ( or failed to adapt) to the changed circumstances. This is a tale of heroism, of a never die spirit of which we can feel some measure of pride.
Sunil was the teller of tales of contemporary Bengal, very believable, very earthy and his novels and stories were superbly crafted and always authentic. 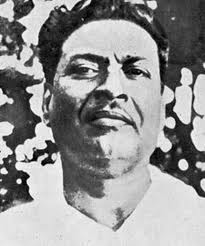 In this he was, in my opinion, a successor to the other chronicler of Bengal: Bibhuti Bhushan. Bibhuti spoke of rural Bengal of the prewar years, creating characters who were very believable because he crafted them from life. My mother who lived as girl in that world testifies that every word in his novels have a parallel in the world that they inhabited then.
Sunil, on the other hand wrote about the generation that was brutally wrenched from this rural idyll, so to say. He spoke of urban struggles, struggles to hold on to values that had been held dear for generations and of new ideologies that had the potential to change the world.
They will probably be enshrined as the craftsmen who painted the life of 20th century Bengal truthfully and with consummate skill.
Nobel Prizes have been regularly awarded for lesser writers and for lesser writing.