The 49th Bengalees and the War Memorial in College Square 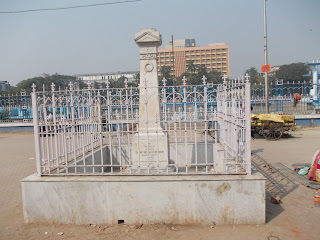 The First World War led to what was till then an unprecedented slaughter of men and women. It was not realized then that this was a prelude to an even greater slaughter just 3 decades later.However the Great War as it was then called, formally started in July 1914. India was also at war, not that Indians had much to say about it. However the Indian army which was even then the largest voluntary fighting force in the world comprised 240,000 men; by the time the war ended the size had nearly doubled. Despite the fact that India and particularly Bengal had been extremely restive during the years previous to the War, the colonial masters were pleasantly surprised to find that Indians responded to the needs of the empire wholeheartedly. Even Bengal which had recently “unsettled” the settled fact of the partition of Bengal and had been punished by the shift of the capital to Delhi, responded positively to the war effort, in the form of an ambulance corps, a signal company and an infantry regiment , the 49th Bengalees. This unique regiment, which was composed entirely of Bengalis, hitherto considered an unmartial race recruited young men from both the major communities of Bengal and uniquely also recruited scions of Bhadralok families. This was in sharp contrast to the principal infantry battalions in the Indian Army which was composed mainly of the sturdy peasantry who were segregated carefully into religion and caste based groupings. 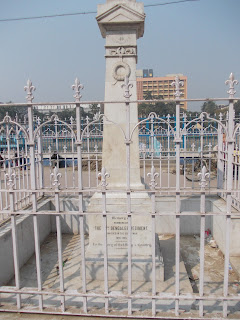 Many notable leaders of Bengal cooperated with the Government in the recruiting efforts. Among them was Rastraguru Surendranath Banerjee, who toured the province, encouraging the youth to join up. The argument that he placed before them was that if Indians wanted self government, they should also be ready to take up the responsibilities of their own defence as well. A civilian committee was set up to urge the government to set up a Bengali regiment. Prominent among the members wetre The Maharaja of Burdwan, Surendranath Banerjee, Sarola Devi,who was later to have a love affair with Gandhi, Ak Fazlul Haque, a later Premier of Bengal and several others. 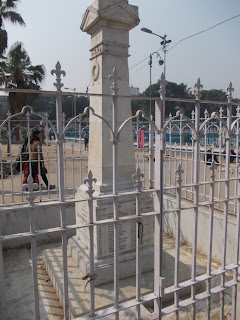 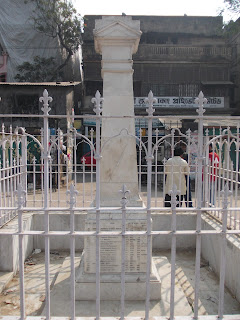 On the 7th August, 1916, the Government finally permitted the formation of two companies also called the Bengali Double company which was commanded by Lt S G Taylor. Among those who volunteered was Subhash Bose, who was rejected because of his bad eyesight. Another notable recruit was of course, Kazi Nazrul, whose songs and poems were to inspire generations of Bengalis.
The regiment was sent to Punjab for training and the regiment was finally officialy raised in Karachi on 1 July 1917. The Indian “officers” in the regiment were mainly the Viceroy’s Commissioned Officers( VCOs) who wore a distinct officer’s uniform and who mainly functioned as platoon commanders. They were outranked by all white officers, even those much junior to them in service. One of them was Shalindranath Basu who, incidentally already had a Distinguished Service Medal and had been mentioned in the despatches while working for the Supply and Transport Corps. More Importantly (in my opinion) he had been the secretary of the Mohun Bagan Club during the historic IFA Shield victory of 1911.
The Indian forces fought in most theatres of war including Gallipoli and North and East Africa. In all 47,746 were classed as killed or missing with 65,000 wounded. The 49th Bengalees were sent post haste to Mesopotamia ( modern Iraq) after the surrender of the British forces in Iraq to the Turkish Army. They reached Baghdad in September 1917 and were assigned to garrison duties . The unhealthy climate took their toll and large numbers of the troops fell sick. In 1918, in an embarrassing incident, later blamed on personal jealousies, 3 officers were shot while they slept by two of their comrades. The regiment did not see any combat , however , being on garrison duties or guard duties during the war. The regiment was one of the first to be demobilised after the war and it ceased to exist on 31 August 1920. The regiment, it must be said, did not really cover itself with glory. As the Hansard ( British parliament transcripts) records:
HL Deb 10 August 1920 vol 41 c1179 1179
LORD AMPTHILL
My Lords, I beg to ask His Majesty's Government whether the Bengali Regiment has been disbanded and whether the Government of India were satisfied with its military efficiency.
§ LORD SINHA
My Lords, the 49th Bengali are being disbanded in the same way as other units raised during the war which are now surplus to requirements, but a part of the unit is being retained for the present. The unit was not well reported on whilst on field service in Mesopotamia. 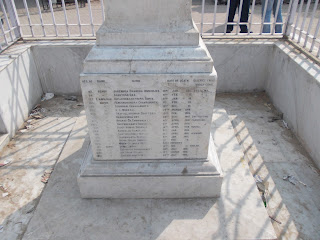 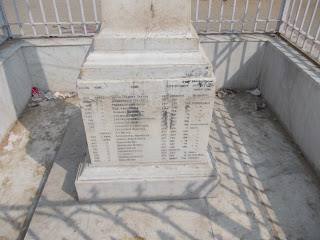 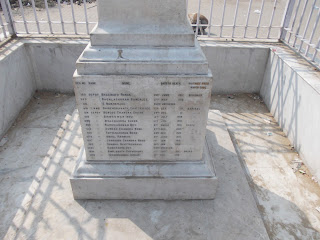 However, the reason why I recounted this story was that I noticed for the first time , the memorial to the 49th Bengalees in College Square this January when I was In Calcutta. I must have passed it innumerable times, it is just beside where we used to have puchkas in our younger days, but I had never noticed it before. Perhaps it has had a facelift. The memorial is raised “In memory of members of The 49th Bengalee Regiment who died in the Great War, 1914-1918, To the Glory of God, King and Country.” as depicted in the base of this erection. There is a list of names of those who died during the First World War with their district of origin. There are 60 odd names mostly Hindu with a smattering of Muslims as well. The districts of origin were Calcutta, Midnapore, Pabna, Mymensinh, Murshidabad, Nadia, , Jessore, Burdwan, Pabna, Chittagong, Khulna, Barisal, Faridpore, , 24-Parganas and Tipperah.
It has been painted fairly recently, but as the picture shows, has been liberally used as a spittoon and as a dump for rubbish. It is unfortunate that this important monument to a little recalled history should suffer such indignity. Surely the only Bengali Regiment ever raised deserves more. 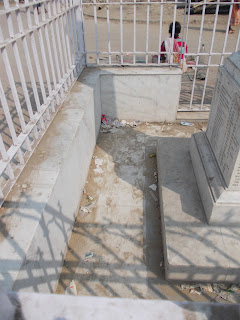 I am indebted to the article : A Bengali Infantry Regiment in the Great War by Ashok Nath, FRGS* in Peace and Security Review Vol. 4, No. 7, First Quarter, 2011, pp. 32-44 for most of the information about the Regiment.
Bengali Regiment World War 1