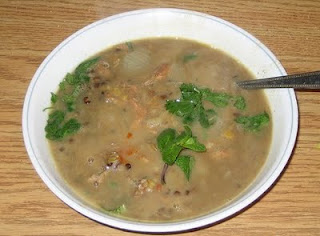 The holy month of Ramadan is here. For the first time I am living in a Muslim majority society seeing the fast from close quarters. Malaysia is not like the Middle East where I am told all restaurants close down and it is difficult to get food during the day. Here the restaurants and canteens are open, though doing substantially less business as the majority of their customers do not eat during the day. The papers are full of advertisements for” buka pausa” buffets. Today I noticed an advertisement for a 170 dish spread in some hotel! However I remember that our Muslim friends in Medical College, Calcutta who used to fast at least occasionally, never used to gorge for their Ifthaar meal, as it could lead to nausea.
Here the population is very conscientious about fasting. In India, at least in our circles, our friends were notoriously lax. Only the possibility of a visit from an elderly relative could make XX ( one of my classmates, I won’t mention his name) fast. His commitment to the fast was like ours to diet restrictions, especially regarding beef eating!
However where we were brought up, in the Port Trust Quarters in Nimak Mahal Road in Calcutta, there was a Muslim family who lived in small house just across the wall that divided our colony form that of the Railways. I remember that during the holy month we used to be woken before dawn by their singing, They used to sing holy songs as they had the last meal before the fast started every morning. During Id we watched as large amounts of biriyani was cooked and they entertained many relatives in what is the most joyous festival of the Muslim calendar.
However when I was in Medical College, our principal interest about Ramadan was the food. Just across the road (Chittaranjan Avenue) the Muslim areas of Colootola was where we used to get the best halim in town. This was lentils cooked with beef chunks, prepared specially for Ifthaar, and believe me it tasted so good that we used to have it every day during the Ramadan month. It used to be ready in the evenings in time for the breaking of the fast after the evening prayers and that was when we used to move in, grabbing large bowls of this very Indian dish and often coming back for more. There was an attendant in our Department in Medical College who used to cook the most wonderful halim as well and we used to get her to bring some for us, I can still remember its taste, the thick dal with the chunks of well cooked meat. I am sure it must still be available and this mo nth the students of Medical College must be enjoying the same tastes that we did in those days.
I lived for some time in Budge Budge, a southern suburb of Calcutta. Here I was the member of a mountaineering club, whose President was Mr Mujibur Rehman, not the famous Bangladeshi politician of course! We used to be invited to his house for Id and that was when we used to eat all sorts of meat: Mutton, chicken, though he used to refuse to let us eat beef in his house. He was concerned about our religious welfare though we, as I said, were supremely unconcerned. Bengali Muslims are past masters in cooking the nonvegetarian delicacies that make up an important part of our cuisine.
The month of Ramdan is meant to be a month of prayer and sacrifice. For me however it only evokes the memories of many wonderful meals!!
Halim Ramadan