Cardiac Surgeons and Their Feuds: DeBakey and Cooley 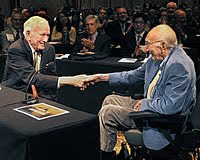 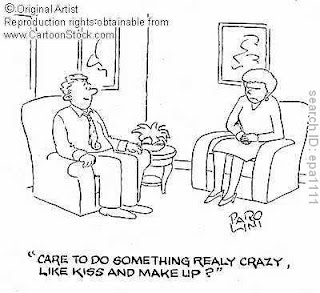 Cardiac surgeons are famously said to be extremely egoistic. I had a teacher who insisted that they had every right to be so, as they were the only humans who could stop and restart the human heart at will. The only other entity who had this ability, he said, was God. Two such egoistic surgeons who were legends in their lifetime and will remain so for centuries to come were Dr Michael De Bakey and Dr Denton Cooley.

Dr DeBakey was a decade senior to Dr Cooley. He graduated from Medical School in 1932 and spent time in the Army during the Second World War rising to the post of Colonel. He developed many techniques and was the first to do several operations which are now standard in cardiac and vascular surgery. He operated until he was well into the nineties and died just short of his 100th Birthday.

Denton Cooley is fortunately still with us. He too has many firsts to his credit and is known for his legendary skills as well as his boundless ambition and this perhaps led to one of the most famous feuds in medical history that lasted for half a century. Their relationship started in 1951 when Cooley began to work in the Baylor College of Medicine where Debakey was the Professor of Surgery. They together developed instruments and techniques of aortic surgery which became standard and in fact saved De Bakey’s life when he needed urgent aortic surgery about 5 years before he eventually passed away. Their relationship had cooled by the 1960s when Dr Cooley moved to the adjacent St Luke’s Hospital where he set up the famous Texas Heart Centre. Dr Cooley was not really a very modest person. It is said that once a lawyer had asked Dr. Cooley, during a trial, if he considered himself the best heart surgeon in the world. “Yes,” he replied. The lawyer then asked “Don’t you think that’s being rather immodest?” Dr. Cooley responded. “Perhaps, but remember I’m under oath.” Dr DeBakey was perhaps the greater surgeon, but there was really little to choose between the two. In the fraternity of cardiac surgeons, though, Dr De Bakey is a much more prominent figure.

Be that as it may, the 1960s was when cardiac transplants came to the fore. Dr Debakey had obtained a US federal grant in 1965 to develop an artificial heart. He implanted a partial artificial heart in 1966 in a patient. However while his laboratory had developed a prototype heart, DeBakey was reluctant to implant it in humans until it was fully tested in an animal model. This artificial heart which was developed in Dr. DeBakey’s lab at Baylor, with funds from the National Heart Institute was a half-pound device of plastic and Dacron, linked by plastic tubes to a bedside control console.

This was the time when new “firsts” were being reported on a weekly basis and Cooley was not interested in waiting for the niceties to be observed if it meant losing the first place. In an infamous incident, he lured away Dr Domingo Liotta, a artificial heart technician in the Baylor lab, who also wanted to be a first and he either brought with him, or quickly fashioned an artificial heart which was identical to that being developed in Baylor and Cooley implanted it to much acclaim on April 4 1969.

The patient was a Mr Haskell Karp who was kept alive for about 72 hours with this device and then implanted a donor heart which kept him alive for another 36 hours. This was the time when proper anti rejection drugs had not been developed and most heart transplants ended in deaths within days if not hours. It is a shameful period in cardiac surgery when the egos of surgeons took control of their common sense.
Anyway, Debakey was understandably outraged at this and he filed a complaint, though he later refused to testify against Cooley in the investigation that followed. Cooley was forced to resign from Baylor and it was obvious to all that he had allowed his ambition to get the better of his common sense.

It was since then that these two great surgeons refused to acknowledge each other’s presence. Despite the fact that they operated practically across the road, they had no communication until the famous day in 2007 when a 87 year old Cooley invited DeBakey to a meeting of the Denton Cooley Cardiovascular Research Society on October 27 to present him with a lifetime award and the two old men kissed and made up (No, they did not actually kiss). However even at the height of the feud they maintained a healthy respect for each other’s abilities and when asked by a journalist whether he would allow Dr DeBakey to operate on his heart, Cooley replied ‘Yes, if he didn’t know it was me”.

Thus ended the most famous medical feud of the twentieth century, which had gained so much notoriety that it made it to the cover of the Life magazine. Debakey died two years later, leaving behind a glorious legacy that cardiac surgeons will remember with gratitude.
Cardiac Surgery Denton Cooley Feuds Michael DeBaKey

We Care India said…
With the increasing number of hospitals and healthcare centres, India has become one of the popular medical tourist destination. With highly expanding infrastructure, lower medical expenses, and world class standards, India are providing different kind of health care services. The availability of high standard medical services at a very low price, is attracting a number of foreign citizens.

Hospitals in India are home to few of the most well known heart surgeons and consultants in the world. Due to large population in India, the experience of these heart surgeons is enormous. Most of the successful heart surgeons perform 2-3 or more heart surgeries per working day whereas his counterpart in US / Europe would normally do just one.

Medical Tourism is a modern concept that has acquired much recognition in the past one decade. It basically means tourists of foreign countries visiting other nations for availing their medical facilities, while also enjoying the culture and sightseeing.

siva said…
This is really a great Article for those who are looking for Discount coupons, cashback offers on online Mobile shopping sites in india.
Thanks for sharing the wonderful information and Save you huge money & time. More offers and coupons Visit

heart surgery said…
Many patients with heart failure may require several different classes of medication to aid in the management of this complex condition process.
November 17, 2020 at 6:51 PM

siva said…
You have done a great job. I will definitely dig it and personally recommend to my friends. I am confident they will be benefited from this site.
rizbuz
February 26, 2021 at 1:43 PM

Habibur Rahman said…
This is a very amazing post. It is also helpful for us. Thank's for sharing your article.

Anonymous said…
Hey, thегe and Thank you so much for sharing this information. It has very useful. Please keep sharing. If you want more about the angiogram operation treatment Kindly click the link
angiogram specialist in coimbatore
angiogram cost in coimbatore
November 29, 2021 at 3:34 PM