India and its Future Part 2

February 18, 2013
This is the second part of the post I had published last week.
Here we hear about :

India – the view from outside 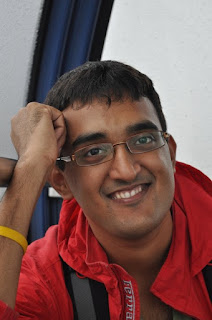 Harsh is a consumer research & design consultant. An easy-going guy who strongly sees himself as a man of today's times. The job allows him an unique opportunity to observe people across countries & social strata. This touch with real people & his wife keeps him grounded in life. What keeps him going are traveling & cricket.

India. The best thing about this word is that it means something to virtually everyone in the world! Not all populations are so blessed.
The blessing has often also been a curse in the past & has led to some fairly violent episodes in history. The present of the last 20-years has shown the inherent promise & power of this blessing. However, we now stand at a cusp – what the future holds for this blessing will be shaped by the next 2 generations.

So, here are my thoughts on India as a young man, who doesn’t live in India – but is fundamentally very very Indian! I am neither optimistic, nor pessimistic about India. I would much rather focus on the actions we need to take to actually translate the promise of the blessing into prosperity for everyone.

Things I feel good about India
1. Indians – we are second to absolutely no one in the world. I have had the opportunity to see both the “old” India in its towns and traditional jobs, as also the “new” India in its hip, upwardly mobile, corporate circles. I have also had the chance to compare these both to other countries – the “old” to our Asian neighbours (who we are more similar to than we are willing to accept!); and the “new” in the multi-national, hyper competitive corporate environment that I am myself a part of. And through my experiences & travels, have seen that we are a world-class talent pool. The “New” Indians are among the sharpest, most successful groups in the corporate world. The “old” India is as hard working & honest a populace as you can find! And both groups are incredibly ambitious, street smart in their own ways and want to make something of their lives.

2. Our diversity - I have often heard (and said) that “there are many Indias within India” – and its true. We have an incredible spread in languages, geographical diversity, resources, cultural backgrounds, cuisine, tourism. Yet we are one! This diversity lends us a strength we don’t realise or appreciate. It trains our people to deal with a variety of situations & perspectives. It teaches us moderation from an early age, which is a huge advantage in a world that is trying desperately to break away from extremism. My own family is an example of this diversity – we are 3 Gujarati brothers & none has married a Gujarati girl. Yet, our wives have gelled remarkably well into our families. And my wife has made me far more open-minded in how I view & treat situations and people in life (I am sure my brother’s would echo a similar note).

Things which annoy me about India

1. Lack of vision & leadership – India’s leadership has got to be among the worst in the progressive world. Note that I benchmark to nations that are ahead of us, not behind us – that’s the first principle of benchmarking. The state a nation’s airline is in is often a great indicator of how well it’s governed! And Air India is exemplary in this regard – they are consistently pathetic!

Most of the success stories of the past 50 years have been successes borne out of vision. Dubai built a bustling, trading hub out of sand – thanks to the vision of one Sheikh. Singapore, regarded as among the best cities to live in, is almost entirely a product of vision – of one man called Lee Kuan Yew. The 2008 Olympics, Beijing’s crowning glory & China’s announcement to the world that they have arrived, had the roots laid way back in the 80s due to the vision of Deng Xiaoping.

Most Indians will shoot back to this point that all these countries had it easy – Dubai had oil, Singapore its Trade, China their immense size & resources. That’s complete hogwash – none of them had it easy. Read the autobiographies of Lee Kuan Yew to see the collection of small lanes, open gutters & no fresh water source he inherited as Singapore. Deng Xioaping, the premier now credited for turning the course of China’s history from self-destructive communism to state-backed capitalism, was jailed for the change he sought to bring.

Now think of India & who has this vision or has had a vision in the last 50 years? No one. The 1991 economic opening up was also a reaction to a crisis – it was never planned with foresight!
And the less we speak about our current political crop the better – it literally is a competition for who is the bigger scoundrel.

2. Compete outside, not inside – We have too often let our diversity become our adversity. The “old” India was divided on countless lines - religion, caste, state, gotra & what not! And the political system uses these brilliantly to pander to their own, narrow, shortsighted, loot-as-much-as-I-can agendas. But reality is - these things don’t make a damn difference! The “new” India understands this - the “new” India cares about economic progress & competing with the world on an equal footing. But till “old” India understands & accepts this, we can never truly move as one nation. And we can’t afford factions as that will create further disparities and “Indias within India” – which is a recipe for social trouble.

The next 10 to 20 years are the foundational years for what the next century holds for India. India was once the moral & economic capital of the world – we can become that again. But we’ll have to work hard for it. Unlike what the chest-thumpers might have us believe, our greatness is not a pre-destined conclusion. India’s place on the global pedestal is NOT for granted. We’ll have to shake off our lethargy, accept our shortcomings, lay out a vision & work our butts off to make our own destiny. The world is watching.

Daniel Lee said…
Much appreciate your comments though don’t necessarily agree with all the comparisons that you are suggesting. You do raise interesting points that are certainly worth considering and discussing. To see more info please visit http://essayswriters.org/dissertation/. Thanks.
October 24, 2013 at 4:11 AM